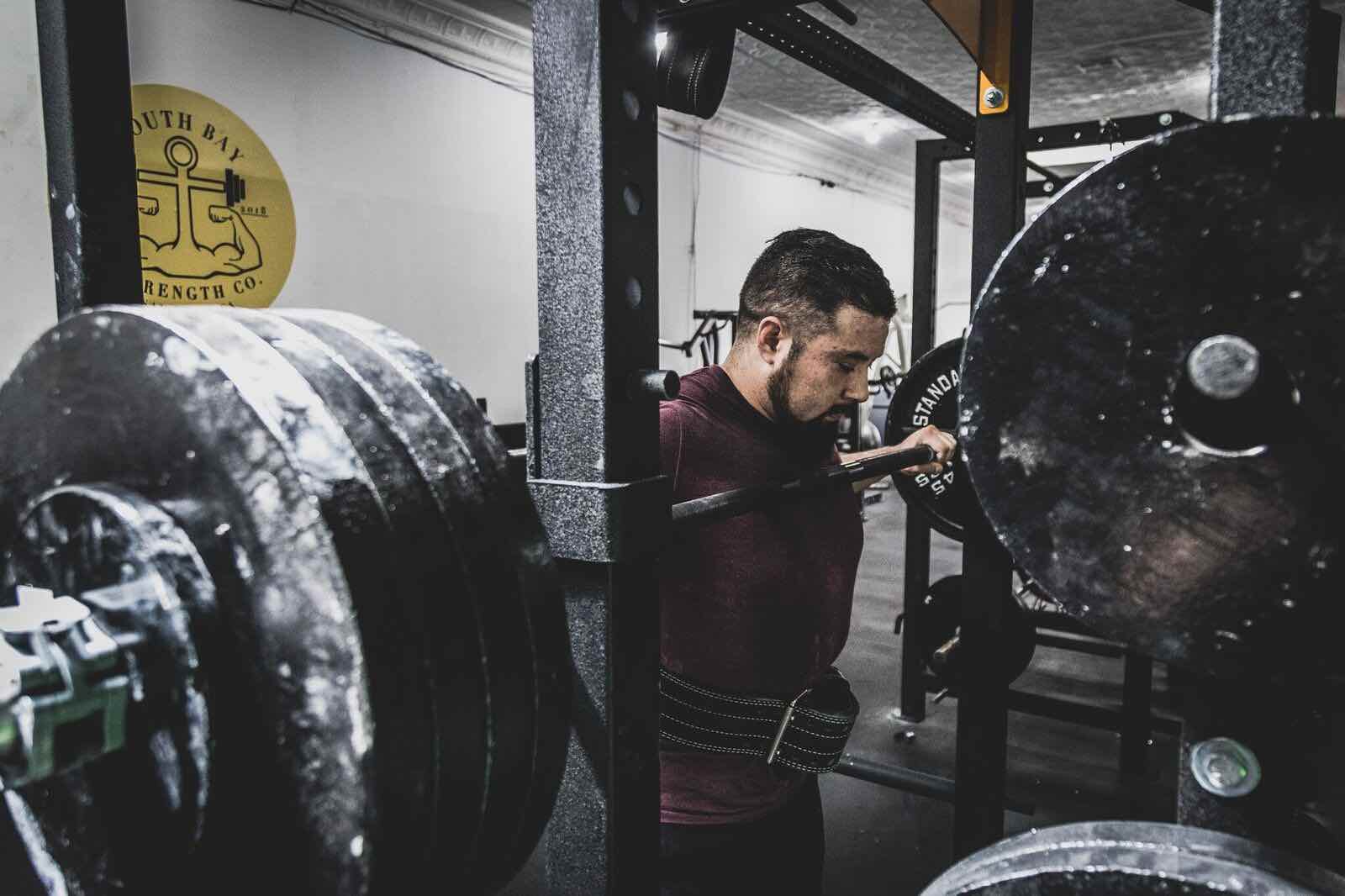 22 Jun Andrew Serrano – Cleaning Up The Deadlift and Hip Stability

Posted at 10:39h in Team Training Logs by Andrew Serrano 0 Comments
1 Like

9 days out. This was the final deadlift session of the prep. The fatigue is there and these weights felt heavy. Paul assured me this is par for the course. I’ve got two squat sessions and one bench session left, the work is mostly done. I mentioned in a previous log that this prep has redefined what I consider hard work and now looking back I doubt I ever really accumulated enough fatigue to truly peak in previous meets.

Other than the weight feeling heavy and slow, I’m really pleased with the way these looked. I focused on pulling the bar in which was Paul’s main correction from the previous session. I also switched from a 13mm Inzer Forever Belt to a 10mm Inzer belt and this made a HUGE difference on my set up, it was way more comfortable and I was able to get a better brace. You can pick one up here.

The big anatomical revelation for me during this prep was the relationship between the obliques and the glute medius due to some of the issues I ran into. The obliques essentially bolster the pelvis so that the hip muscles can do their job properly, and mine were super weak especially on the left side which is where all my hip and knee problems were. The glute medius stabilizes the hip and helps control the knee so that the bigger muscles can produce movement without damaging inert structures like a labrum, this is what is known as active stability.

I always did monster walks, clam shells, an other traditional glute med work so I was surprised my balance was so bad. This is because these drills only ‘anatomically’ load the muscle meaning it mechanically loads the muscle so there is a contraction, but it doesn’t train the muscles actual function which simply put is balance. Enter the hip airplane. I always knew about these but I didn’t fully ‘get it’ until now. The first video in the series is how I like to do them. You’ll see a lot of people run through these fast but what you want to challenge is the stability component so I do them super slow with a pause on either end and you also want to be able to stop at any point during range of motion. These with a ton of extra oblique and bracing work has really moved things along. I really don’t think I would be seeing the same numbers if I hadn’t figured this out.

Andrew Serrano is a full time trainer, holds a B.S. in exercise science and has worked in almost every facet of the training industry. He is currently competing as a 198lb raw lifter, his meet PRs are 589/391/601. His training is guided by the 10/20/Life philosophy with a focus on sustainable injury free progression.