With about 20 weeks from now until the XPC Finals, its time to focus on some weak points and to add some size. I am currently weighing into the 260s, and that is way to light to compete at a high level in the 275 class. Right now I am trying to work my way up to about 285-290. All my gear should still fit fine, as its pretty big in general. I am starting off pretty slow leaving the RPE’s low and just working on some volume and adjusting back to a majority of raw work. 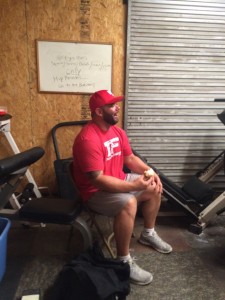