I recently lifted at the Arnold XPC Finals. This was my first meet at 220 since 2010 where I managed a 955 squat, 675 bench and 675 deadlift for a 2305 total and lightweight best lifter win. Taking some time to get leaner, look better and accomplish a few other physical goals. 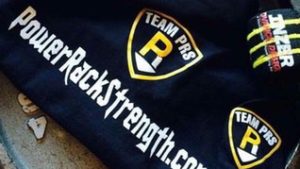 For anyone following along it should be somewhat obvious that I am doing a bit of an experiment right now. My training has totally changed and priorities are shifted.

I was so hyper focused on training for the Arnold that I ran off two training partners and my powerlifting world came crumbling down. I did a horrible job of showing my appreciation to those guys and giving as much as I was taking, that they decided to leave. In hindsight, can’t say I blame them.

When that happened I was disappointed, disgusted in myself and frustrated with powerlifting. I didn’t want to do it, I just wanted to lift weights by myself for awhile and not worry about competition. So I made the decision that I wouldn’t compete again in 2018 as well as taking some time to body build and work more on myself than my total.

That wasn’t all there was to it though.

I’ve spent over half of my life training to be super strong and adding muscle mass. Most of my adult life I have been pretty heavy and not entirely happy with how I looked. Big total, but fatter than I wanted to be and didn’t look the way I wanted to.

Even though I didn’t look how I wanted to, I wasn’t willing to “sacrifice” my total to lose weight. Those close to me have probably heard me say that I would do a bodybuilding show at some point when I was either done powerlifting or if I had an injury that prevented competing for awhile.

Since I wasn’t going to compete anyways, I decided it was time to get lean. I haven’t committed a bodybuilding show, not yet at least. But I have committed to getting lean. I know my total will be effected, but that just isn’t a priority right now. It finally, for the first time in 10 years, isn’t important enough to be at the top.

I see the guys around me turning 30 and well…. age isn’t treating some of them all that great. I want to hit 30 looking the best that I ever have.