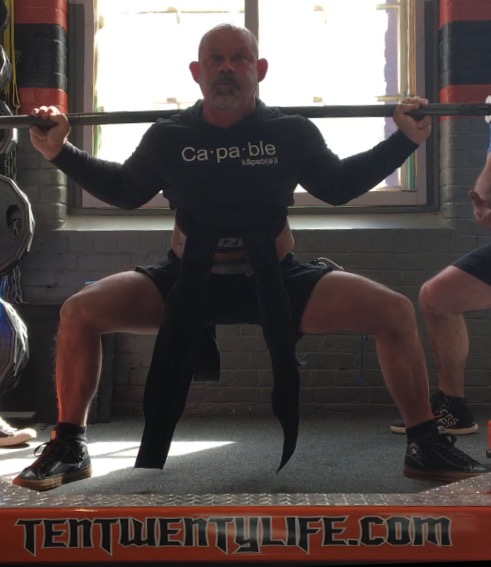 I recently did the Maine State Open back in November. Even though I benched and pulled my best I wasn’t very pleased with my performance.

I am currently in the pre-contest phase of my training for the 2016 APF Senior Nationals in Jacksonville, Fl. Brian will be handling my programing for the next 10 weeks. Tickets are bought and paid for so it looks like I am on my way to Jacksonville.

This wraps up my training for the nationals. As usual I feel a bit beat up at this point. I am having a real hard time keeping my weight up. Squats and pulls feel real solid. The torn lat set my bench back some. The weight loss has been hampering the fit of my bench shirts. The focus at this point id to rest up and keep my weight up for the next week.