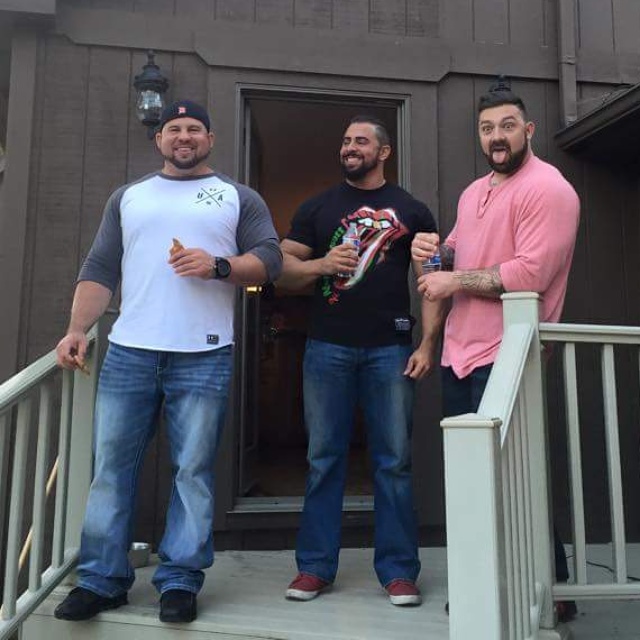 Most of the Powerrackstrength team was in Michigan this weekend for a fundraiser/seminar. We had an awesome weekend. Many stories were told, much was learned. wow. Seriously, we had an awesome time. I also decided to train both days, which brought mixed results.

Saturday, I pulled at Michigan Barbell:

After that I pulled off the blocks and was spent after just one single at 585. So I cut it off and decided to watch my boys squat some big numbers. I wanna brag about what they hit but I’ll leave that to them.

Sunday was a whole different story. I tried to learn how to bench AND match my paused PR which was stupid in retrospect, but when you’re in that environment, those things happen. Warmed up thoroughly, then totally rearranged my set up with the help of Brian,  Byrd, Pegg, Brandon and Jason:

We dropped the weight back down to 225 and Pegg gave me some really good cues to focus on. After several sets of doubles and triples I felt more confident.

During this last month, I’ll be working on set up and form on my accessory day to dial in my form. It’s a long shot, but who cares, I just wanna get better.

One last thing. Thank you to Brian for taking care of us while we were together. It’s an honor to be around a group of people so genuine and eager to help each other. We have a ton of knowledge between all of us and I’m excited for the next several years. We’re gonna do some big things.