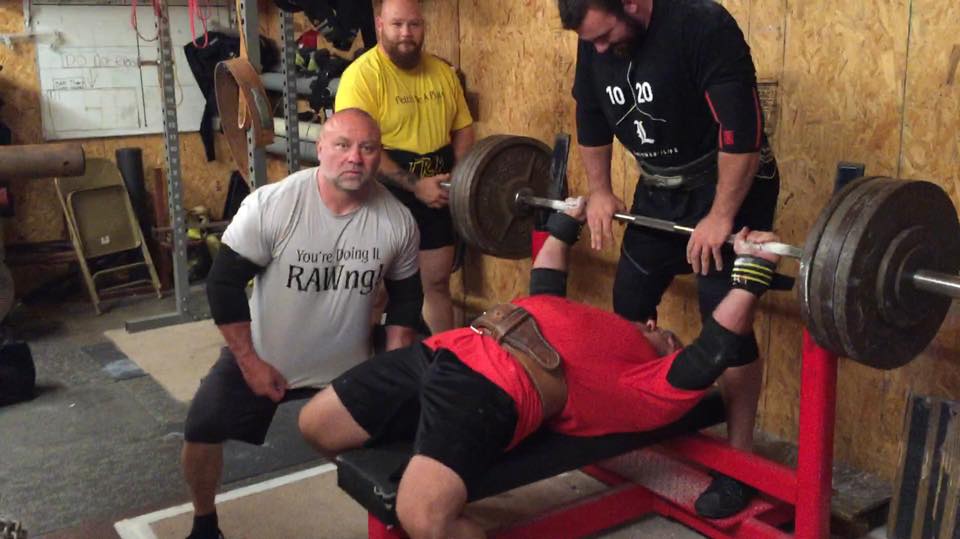 Off season training was very well structured until week 7.  As the Battle of the Boardwalk quickly approached several members of Team Samson and I started assisting Byrd and Brian with breaking in new INZER gear.  As a “RAWNG” lifter this was a huge transition, these guys make it look much easier than it really is!  Adapting to the new Leviathan Ultra Pro™ was almost effortless with the ability to tighten the suit as the weight increases, the SDP is a different story.  Several weeks were spent breaking in various bench shirts before and after alterations.  As more and more team members started wearing gear the gym started looking like a powerlifting gym again.  Yes, wearing gear is step one to becoming a “real” powerlifter according to Adam.

I got my hands on a set of Inzer Double Gripper knee wraps for the first time not long after my last competition, since then I’ve been itching to see what they’re all about.  Knowing I had some items to address during my first off season block I knew this would have to wait.  I wrapped up week 10 wearing knee wraps with a 535lb squat, 45lbs from my best competition lift.  After wrapping knees for a little while I setup the deadlift bar and worked up to an easy 495 where I decided to shut it down.

A new off season plan is being constructed to address newly exposed weak points and continue to hammer existing ones.  More as this develops!