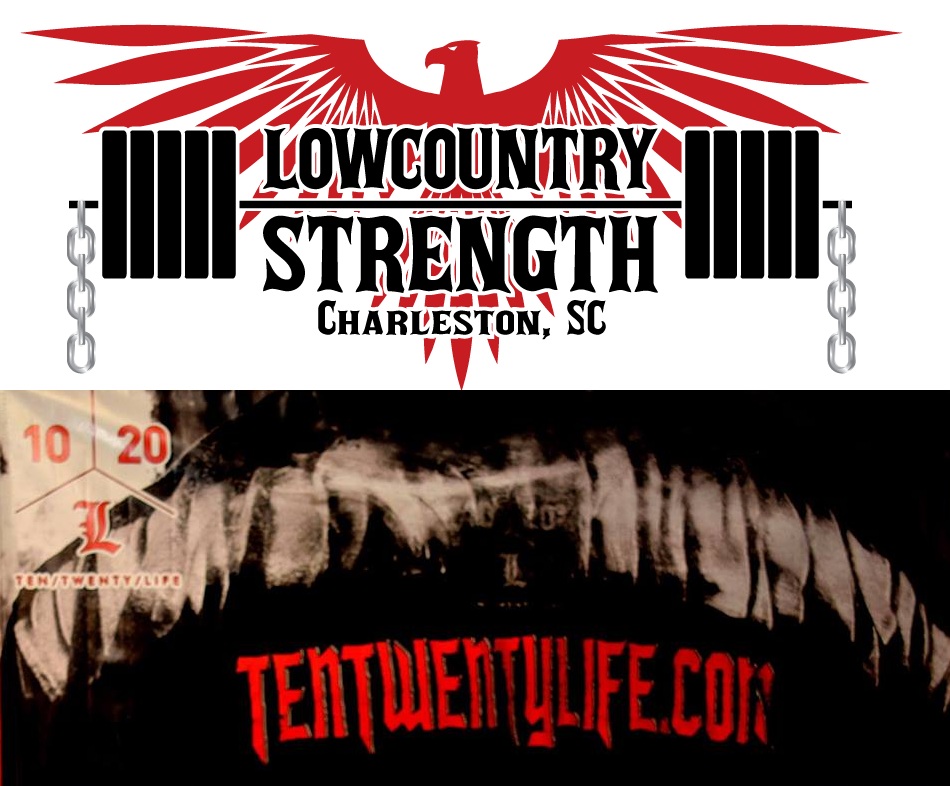 Last weekend part of the the Lowcountry Strength team competed in Eric Hubb’s APF meet at Big Wayne’s Gym in Rock Hill, SC.  As some were aware the South Carolina got a 1000 year rain dumped on it.  That didn’t stop these guys and girls from smashing weights all day.

A personal training client competed in her first meet ever.  Going 8 for 9, I was extremely proud of her.  She hit new PRs in both the squat and the dead with a narrow miss of one on her 3rd bench attempt.  She had a blast and will be competing again soon!

2 of my raw guys competed as well.  Nick in the ultra raw (no wraps, no sleeves), hit a big PR in the squat.  Due to some nerves, didn’t quite get the PR in the bench he wanted but battled out the rest of the day for a PR total.  Lil’ Stevie was competing in his first meet.  It was a really long day and now that he’s got the first one out of the way, we’re looking at a quick turn around to dial things in for a meet in 8 short weeks.  He’ll have some great raw numbers when it’s all said and done.  Proud of you boys!

My other 2 competitors were my geared guys.  Billy is our old dog.  This man is the one we all look up to.  He works a hard manual labor job and at the end of the day still comes in and trains.  He’s usually one of the last to leave since he’ll stay late to help everybody.  Billy has been crushing squats from day one and this meet was no different.  At 55 years old, hitting a 545lbs squat (and 15lbs PR) he set himself up to have a PR total day.

This was Billy’s 2nd attempt at 525lbs but you’ll see how easily it makes it.  He has more trouble getting down than coming up.

Dub was out other geared competitor.  He didn’t have the day squatting he wanted.  He got caught forward on his opener and missed it.  We came back to tighten him up and get him in the meet.  The third was going to be tough and we toed the line on the squat depth and got caught.  He’d been coming back from being sick and had never got his weight back up.  We cranked everything and I called him a pinch high to see if we could get a gift from the judges. They were on point and red lighted it.  We knew it was going to be close but gave it a go anyway.

Despite the squat struggles, Dub has been sitting on a massive bench for a long time.  With any opener we play it conservative, but in a tight shirt it doesn’t always work.  His opener of 575 touched too low and he couldn’t get it back into position.  His main goal in competing on this day was a 600lb bench.  Working with kilo plates we converted it out to 606lbs.  He took it for a ride and did was he was supposed to do.  Smashed it for 3 whites and we skipped his third.  Even though he was off his best squat by 50lbs he hit a 60lbs bench PR.  He would later pull a total PR on just his 2nd deadlift and narrowly miss a 3rd.

The LCS crew did an amazing job and I’m looking forward to the next one.  I’m always a wreck as I handle my crew.  Being a handler is always so much more nerve wracking than competing.  When competing, it’s only myself and I have only myself to blame.  As a handler, I can blame myself if a lifter has a bad day.  Was the hand off not right? Did I forget to adjust the straps or get the knee wraps just right?  All kinds of thoughts bother me as a handler that never even cross my mind as a competitor.  But that look and that excitement when a lifter hits a PR.  That makes every worry and every minute worth it.