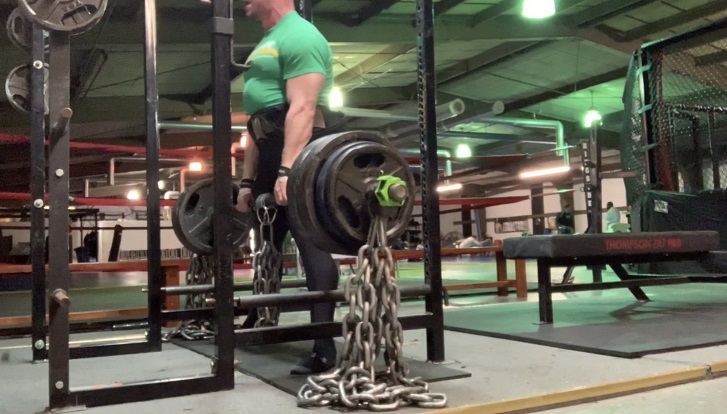 Lowcountry Strength finished up 2018 with 2 meets in 2 weeks.  Both meets went really well and set us up to go into the New Year ready to start a long off season before hopefully finding a early summer meet.

As always, a big thanks to Inzer Advance Designs and Jax Nutrition for their continued support of TeamPRS.

Check out the PowerRackStrength shop for shirts, hats, books, and other goodies.

Going to keep increasing the chain a bit here.  Deads in the suit, even straps down, are feeling really good.  Suit is a little loose but perfect for where I am in the off season.  I might try to work some briefs underneath but that’s never really worked out well in the past.  Too much gear.  We’ll see.  I do love experimenting and playing in the gear.