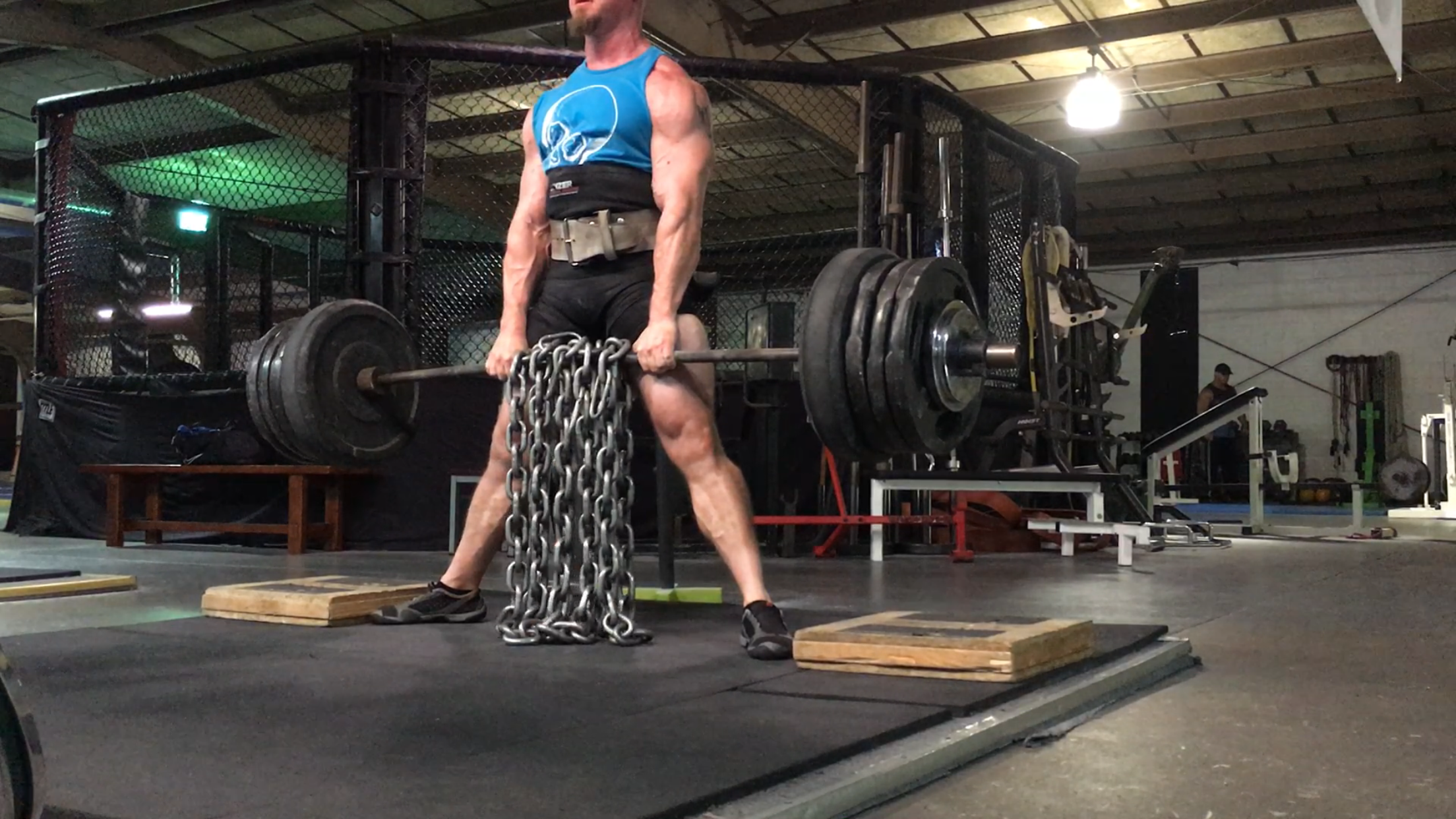 If today wasn’t a fluke, I might have actually turned the corner with the ol’ hook grip

Powering through this hook grip business.  The idea was to start at 70% and add chain until I got to the highest weight I’d done so far.  Pulled 435+80lbs of chain for a triple which prior to this 515 for a double was the best I had done. Holding that at the top gave me a big confidence boost. Smashed a triple and decided to add one more chain.  Thumbs hurt bad but once it’s locked in, man it’s easy to hold.  Finished off pulling 435+100lb of chain.  535 at the top was definitely easier than I thought it would be. Gives me a bit of hope and confidence going forward.

Sped through the rest and called it down.  Had the rest of the afternoon off so went to Costco and took Jenna to the pool.  Pretty damn awesome day.