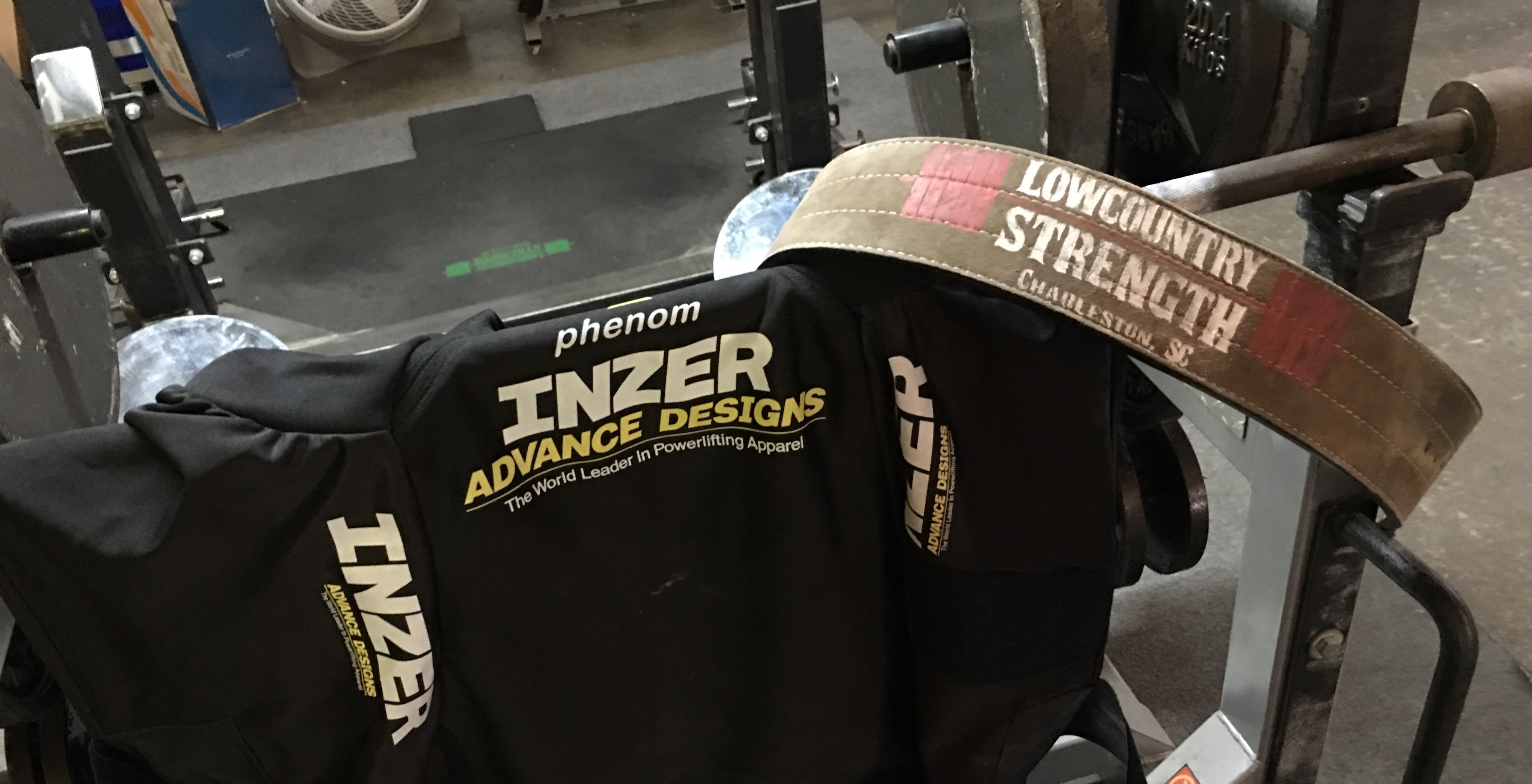 Getting to experiment in the shirt for some off season stuff.  Got quite a few new ideas to play with.  Always something to learn, right?

Lowcountry Strength is currently in our off season training.  Lots of different things going on right now.  I’ve moved the group into a higher volume phase while I’m working with Zane Geeting for my training.  Pretty cool to see quite a few different things happening for all the folks here.

For as much as I miss the shirt, I still hate it when I’m in it.  It is fun though.

The idea was to work up to an RPE of 7 with some triples to a 2board.  The idea for this particular training cycle was to start tinkering with the shirt.  So I started with it low.  Probably not as low as I’ll eventually get to but really damn low for me.  Normally we work the shirt lower as the weight goes up.  This time around we start with the shirt low and try to keep it there.  Hopefully this gives me a better sense of how the shirt will react rather than messing with it more as the weight gets heavier.

Overall, nice to get back in the shirt.  Definitely some experimenting to do but it felt good.  But then everything feels good to a 2board, haha!

For now, I’m the only LCS member in gear.  Once I tinkering with this, I’ll pass it along to the rest of the crew members and we’ll see how it goes.  For now, they’re raw.  Take a glance at their training: