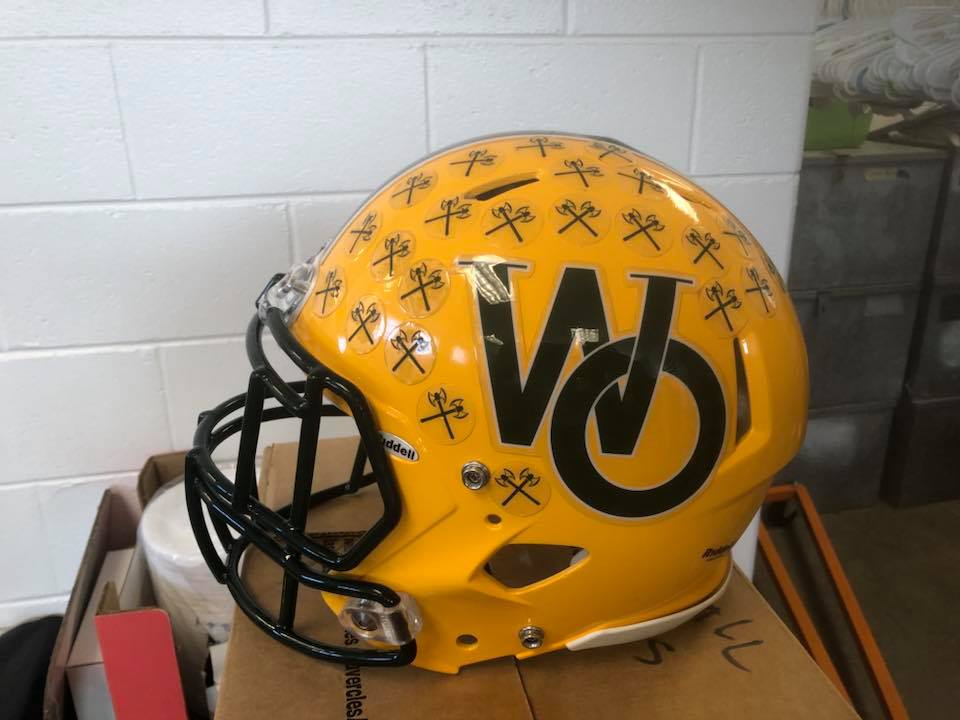 01 Apr Rebuilding a Legacy: How to Turn Around a Failing High School Football Team-Part 1

I have always wanted a chance to go back and teach people lessons and skills that I have learned through the years. I now have that option and took on a major task to make it happen. I graduated from White Oak High School in Jacksonville, NC in 2001, and for the last several years the football program had been on a backslide. In February of 2018, I accepted the position of head football coach at White Oak High School and moved back home. The current state of the program is substandard, but I knew that when I accepted the job.

The athletes currently are weak, and I mean that from average high school athlete standards. We currently only have a handful of people who can bench-press over 200lbs and squat over 300lbs, correctly. The program had approximately 24 players on the varsity football team, but nearly 1,100 students in the school. So, my goal week one has been to hit the hallways, introduce myself, and get the athletes in after school to train. At the end of week one, we had 43 different athletes attend after-school training, and as many as 30 on a given day. Now that basketball season is over, I expect to pick up a few more as we currently have 4 playing varsity baseball. 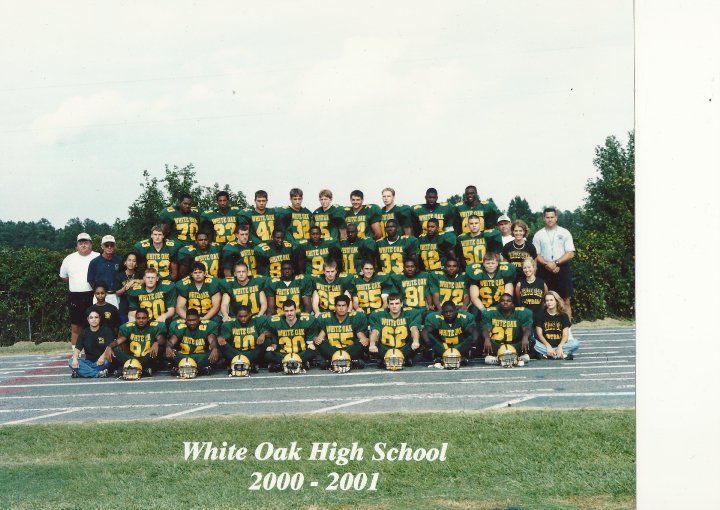 So, the question becomes, how do I to apply 10/20/Life principles to strength and conditioning for high school athletes? Brian and I have had several informal conversations about this over the years, and it is nice to actually put the things we have talked about into action. What many people still do not truly understand is that 10/20/Life is a philosophy, a training style, a method, that can be customized and not simply a template in a book.

I am currently working on installing one major principle of 10/20/Life into our program. The main goal and the biggest change needed for success is the training mentality and philosophy. The current style of training, in both in school training and with our athletes after school is very random. I am honestly not sure what type of progression or plan they are using, but we are moving away from the previous program as quickly as possible. As far as resources go, we have some amazing equipment and facilities. We have a large building, 8 half racks, 2 full racks with push in adjustable benches for each rack, as well as plenty of dumbbells, bands, and regular gym bars. We have more than enough to get things done and develop quality athletes. 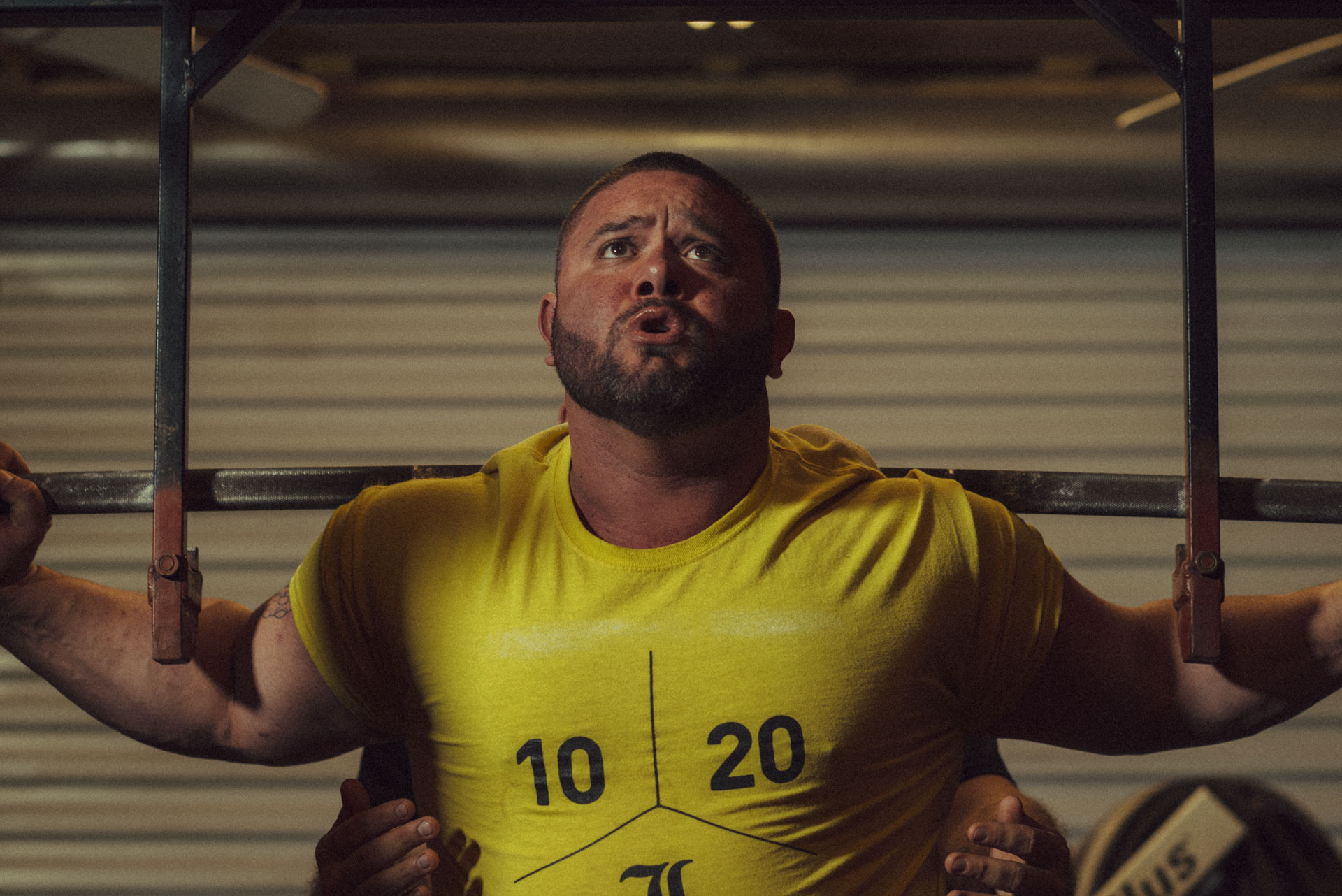 I am working with the in-school weight training to develop a plan that will fit the needs of our student-athletes. I am thankful they are on board and understand that their knowledge in this area is limited. For football, this will be an offseason training plan for at least the next month. I am doing this because we have to establish some training ground rules as well as make a lot of form corrections. We cannot move forward with training if we cannot do the movements correctly. Eventually, we will move to what would look similar to a meet prep during our football offseason.

Establishing the correct mentality and training approach will be an ongoing process. In just this first week I have noticed a drastic change in the mindset and approach of the young men. I am a firm believer that athletes and teams often take on the personality of their coach. In the past coaches here have not pushed them in the weight room. There were cell phones, guys sitting around, and others just not taking weight training. The first rule we laid out was there is no sitting during training! You should be focusing on spotting, loading, or actually lifting. We also eliminated cell phone use while training. This has made a positive impact on people wandering away from their group. I also let them play music during training which as really added to the temp and pace of training. I put all of these things in place to simply say, we are getting out of the soft attitude. As student-athletes, they have to learn that muscle soreness isn’t an injury and that when it’s time to push the limits we will do it. Those things will pay off on the field come August. 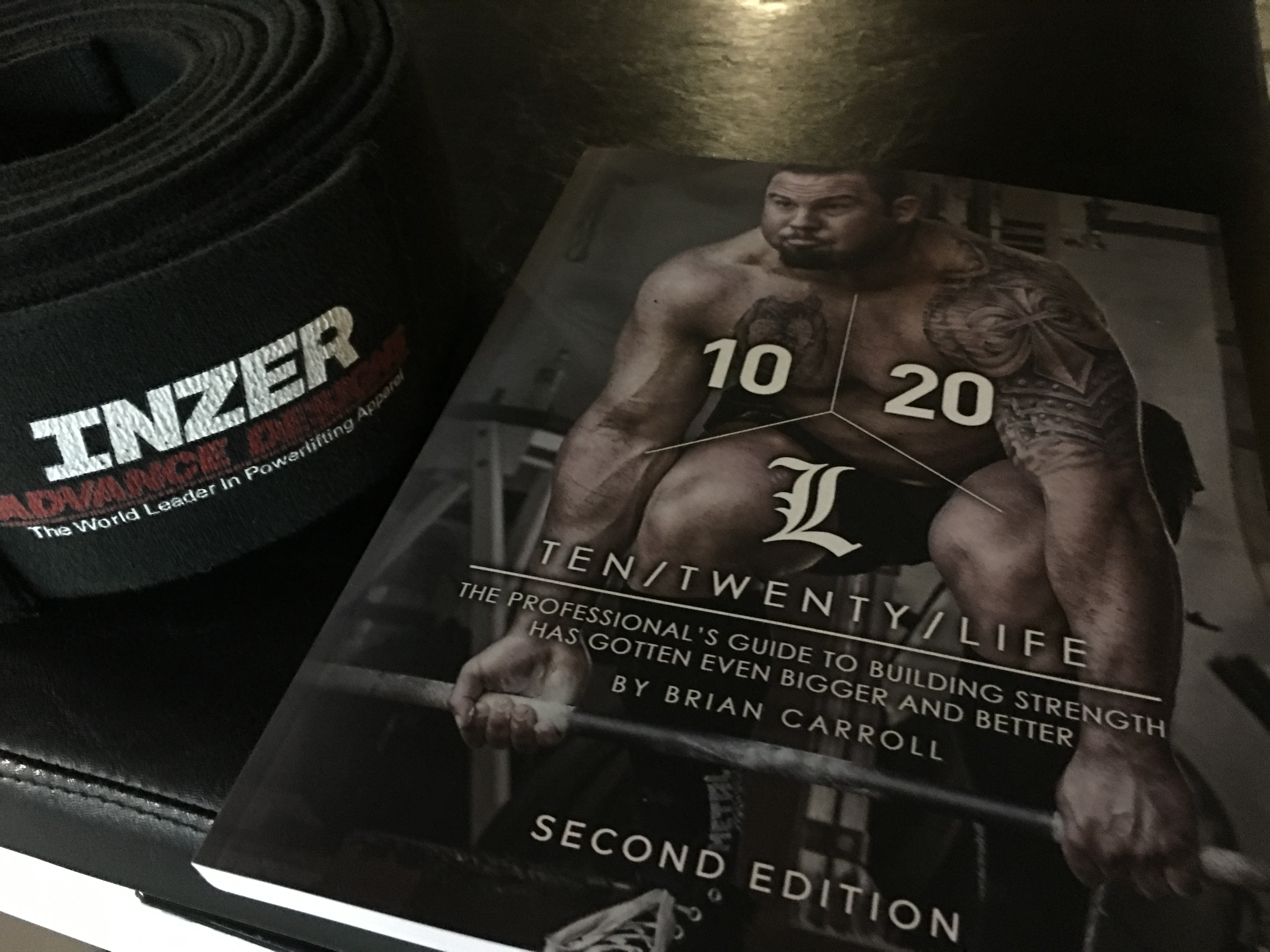 I am currently in the process of developing a quality 10-week training cycle. Like I said previously, we are spending the next few weeks establishing some norms and correcting the form errors that are going on. This training block will focus on developing the growth of 4 movements, the squat, bench, deadlift, and hang clean. Each one of those movements will be followed by a specific variation of the main movement of that day. The secondary movements will change based on the groups to specific target areas of need. There will be no random movements, everything will have a purpose to help us not only get stronger but be better football players. I will follow up in my log and other articles with what this looks like. We will not miss lifts! Previously there was a lot of this going on, with no reality of what their max is. We have moved away from that quickly and it’s been a noticeable change. The piece that I have to figure out is how and where to place deloads. Teenagers are a different type altogether, but you can still overtrain them which will lead to injury. Initially, we will start with every third week, because it’s a safe baseline. It will also give us the ability to make form adjustments at least one time per month.

One week in and we are on track. I am happy with the progress, the buy-in from the players, staff, and administration. Building a bigger, stronger, and more effective athlete is going to be fun. I believe that I would have been a better football player, and healthier for much longer if I had a more controlled and specific training environment. I will follow up in the next few weeks of how I am progressing and how I am applying more of the 10/20/Life philosophies.

On SALE NOW! Gift of Injury-the incredible story of how Brian Carroll rebuilt his back with the help of Dr. Stu McGill to come back on top.