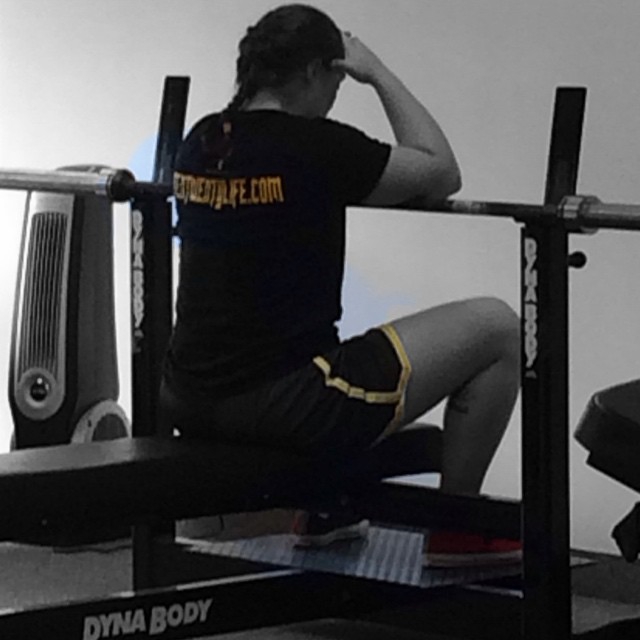 Stress is stress is stress.  The body responds to all stress in a very similar manner.  It doesn’t matter if it’s emotional stress, mental stress, or physical stress.  Stress comes in many different varieties.  Stress is caused by things we worry about, arguments we have, and pain we endure.  The body can only deal with so much stress before it starts to fail.

As athletes, we make this worse.  We beat our bodies up on a daily basis by pushing ourselves to be better than we were yesterday.    Our training isn’t easy.  So, on top of that physical stress, we compound it with other daily life.  A bad day of training can be in response to poor nutrition, bad sleep, a fight with the significant other, a rough day at work, and the previous days of rough workouts.  It’s all cumulative.  It adds up and compounds.  Days of stressors build up until something breaks.  It will either be our will, or our body, but something has to let go. 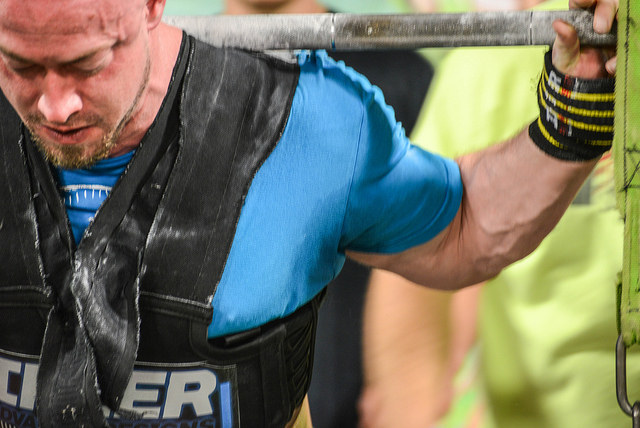 The thing about stress, however, is that it’s necessary to adapt.  It’s necessary to improve.  Stress is the key factor in the general adaptation syndrome (GAS).  Stress creates the initial alarm to start the process of adapting.  After a stress has been introduced the body has to start to resist the stress.  The body starts the process of adapting so that it lessens the impact the stress has on the body.  Take weight training for example.  We have to force the muscles to adapt, but as the body adapts, it takes great stress to continue to force the body to adapt.  That’s why working with the same weight no longer has the desired effect of increasing strength and/or size.  There is the line to walk where too much stress and the body can’t cope.  It quickly exhausts all resources (or isn’t provided enough) and adaptation is no longer possible.  You can even see backsliding.

In the application of training, many of us use the gym as our safe refuge from the stressors of the world.  No matter how hard we might try to leave the stress behind, it is still with us.  Our bodies are still dealing with the day’s stress.  Training might make us feel mentally better and training might be something that we look forward to, but it can still take its toll.  Because some of us enjoy training so much more, it doesn’t affect us the same.  The stress from training is only physical, where as someone that didn’t enjoy training as much might experience some mental stress along with the physical.  Through either genetics, or other factors, we’re not all affected by stress the same.  Our ability to deal with stress then is also very different.

Remember earlier when I wrote “stress is stress is stress?”  Well, guess what?  Good stress also affects the system and requires adaptation energy.  That promotion you got, or finding out your wife is pregnant and it’s actually yours – those are all good things.  “Good” type of stress is called eustress, while “bad” stress is called distress.  They may have different mental responses, but they both result in the secretion of the same hormone – Cortisol.  How you manage your training and lifestyle goes a long way to mitigate the effects of this progress killer.

In 1939 a scientist by the name of Hans Selye had begun doing studies on rats.  He found he could push their capabilities by inducing stress.  He could push the rats’ resistance to cold, fatigue and other stressors by applying those same stressors.  In the process, though, he also started to learn that while the resistance to certain stressors was increased, the resistance to others was decreased.  Take for example a rat that had built up a certain resistance to colder temperatures.  That same rat would not be able to withstand normal fatigue inducing exercise (swimming, he basically tried to drown the rats).  So the cold resistant rats would drown much faster than either the control rats and definitely shorter than rats that had built up a tolerance to exercise. 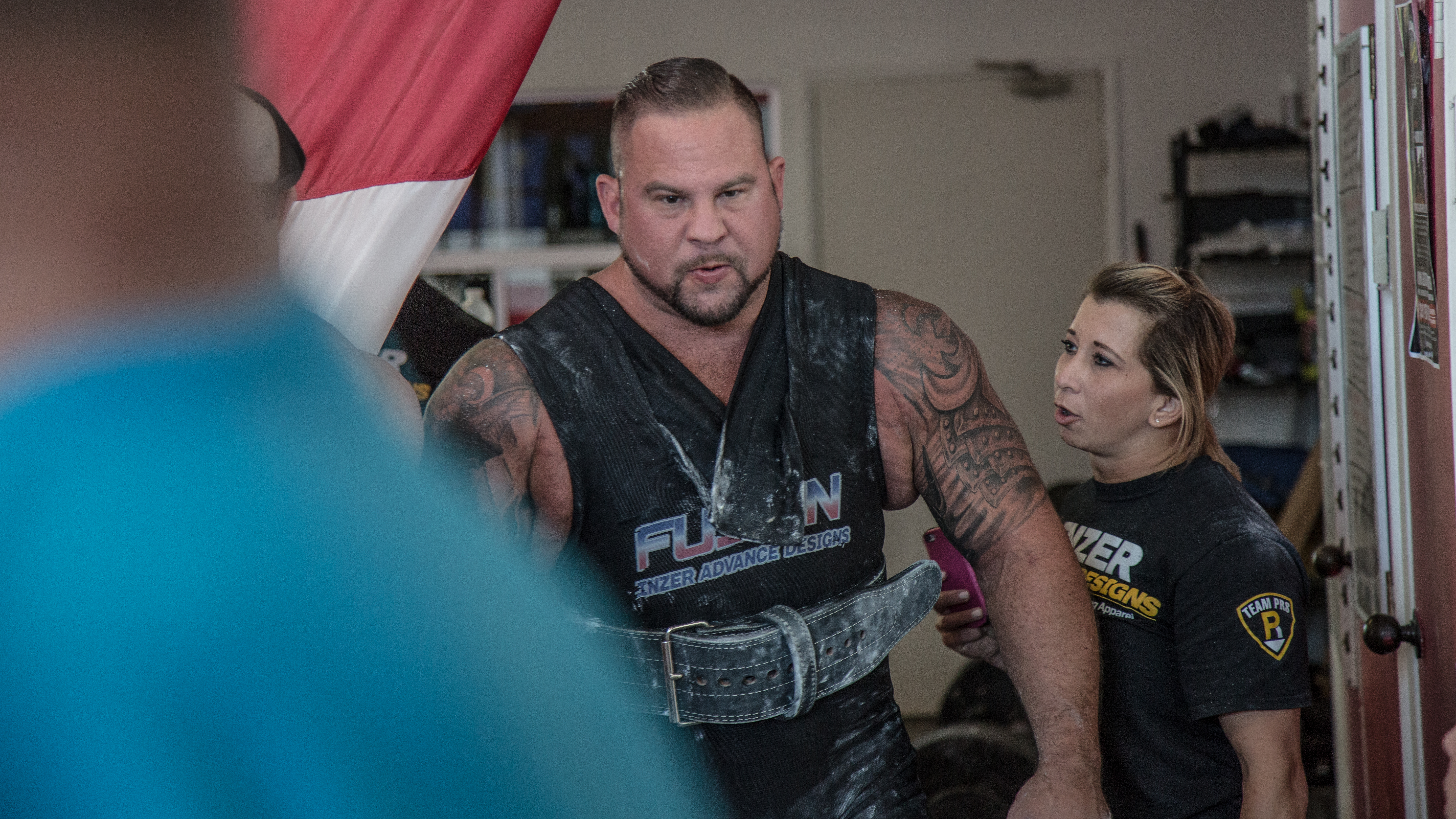 Really what that means is that we can only deal with so much at one time.  You’ve got a tank of stress-dealing fuel.  No matter the source of the stress it pulls from that tank.  When that tank is empty, you’re going to have a bad time.  Something will break in order for the body to recover.  Once that point of exhaustion is reached, it will take time to recover and refill the tank.  Dealing with and managing stress is the key to maintaining continuous training and life.  In order for adaptations to happen, and progress to be made, all this stress and its management must be taken into account.  That’s the hard part for most people.  Taking into account every little thing in life that causes stress and applying a number to it isn’t easy.  How then can we determine how we’re feeling?  That’s the biggest reason why the rate of perceived exertion (RPE) system and deloads are advocated in the 10/20/Life training philosophy.

It’s really easy to think that the world is black and white, that numbers always matter, and that progress is linear (or exponential if we’re really delusional).  That’s just not the case.  Due to life, one day a 300lb bench may feel like the weight of the world.  On the other hand, with adequate sleep, proper nutrition, and the boss not breathing down your neck, 300lbs flies around like a tooth pick.  It’s really easy to get wrapped up in looking solely at the numbers.  Your body doesn’t care about numbers though.  It only knows tension.  It has no idea what the weight on the bar is.  While the body is responding to stress, giving it more is not going to feel good.

Pay careful attention to that RPE.  Just because last week’s RPE7 was 300lbs, that doesn’t mean that this week’s RPE8 might not be the same.  As the training cumulates and additional stress adds up, the weight on the bar isn’t as important as how it feels.  Now don’t give me any “buts” about needing heavier weight to get stronger.  Taking that extra pre-workout and going beastmode might just be the whole thing that wrecks a good training cycle.  Again, your muscles have no idea what the weight on the bar is in pounds (or kilos if you’re weird).  The muscles only know the effort being exerted.  As training adds up over time, a bad workout (or just a lighter weight but higher RPE workout) will not be the end of the world.  If approached correctly, it can still have a beneficial response provided the appropriate stimulus, or just the right amount of stress.  Don’t short change the lasting effect of any training day.

Along with moderating daily training via RPE, deloads are crucial for relieving additional stress on the body.  It’s also during these deloads when I’ll do more outside the gym.  I take that time to focus on family, business, or other things that need to be addressed.  When training takes a back seat other things are more easily dealt with. We either have more time or more resolve to deal with any other issues.  I don’t know about everybody else, but when I’m in full on training mode, not much else matters and not much else gets done.  My focus is training and everything else is pushed aside.  I take every opportunity during the deload weeks to deal with anything I feel may cause additional stress for me later.  I want all my available resources going towards keeping my body and mind ready for the training.

Stress is a universal killer.  That old saying though, “what doesn’t kill you, makes you stronger.”  That’s stress.  You can use it to your advantage and become stronger through it.  It just has to be managed properly and not ignored.  Let training be your indicator and listen to what your body is telling you.  Your body won’t lie.  You might misinterpret the signals it’s sending from time to time, but it won’t lie.  Don’t fudge the RPEs.  Be honest with yourself.  This will help to avoid injuries and prolong your career.  The best guys are the ones that have been doing it longest and the guys that win meets are the guys that show up the healthiest.  Understand your limitations and be patient.