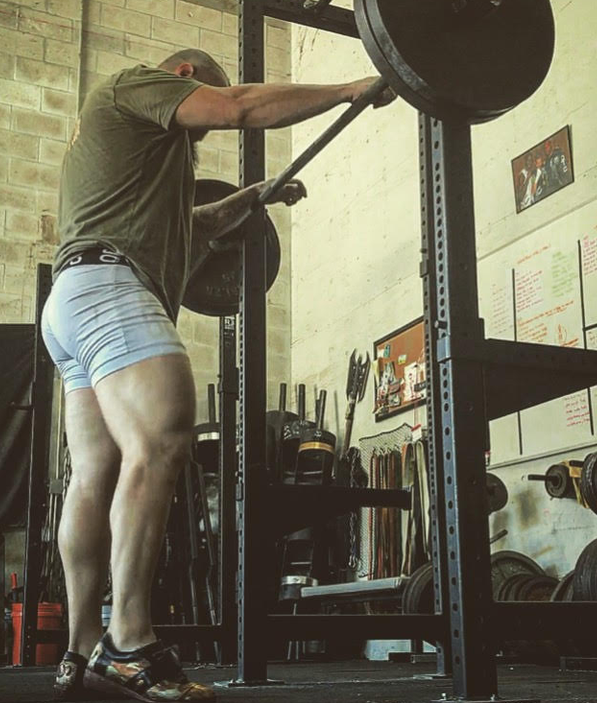 I think we can say we are all conscious of being diligent in our movements when in the gym and guilty of forgetting this mindset as soon as we leave. During the main phases of my spine recovery, I was made aware of my miserable day to day mechanics. Being coached by Brian and utilizing Back Mechanic by Dr. Stu McGill as our fundamentals, I quickly started to realize that applying the same effort, form, and mindset I had in the gym transferred easily into a day to day life. Understanding the real world applications, as well as the benefits it has in the gym, made me more aware of why more people need to know about this. I picked one movement I feel is essential for both spine health and application to real-life scenarios.

For specific applications, as well as step by step instructions to master these movements, please refer to:

The suitcase carry is a staple in the McGill back rehab process. At the Battle Axe, I add it to programs several times a week with an emphasis on perfect form, slow weight progression, and varying distances. In a world where we spend most of our time sitting down and competing in sports that rarely expose us to unilateral movements, performing carries will add years to your civilian and athletic lifespan. During a carry, the body is forced to brace itself under manageable load while carrying this object over a prescribed distance. This action causes our body to balance itself out doing one of the safest and most productive movements in our arsenal… walking. Go figure; our ancestors had some tricks under their sleeves. Carrying load, over a distance, throughout your day to day life can lead to a healthier spine. But, let’s not get crazy sports fans! Just how and when to use this movement varies, but here are some gym applications that worked for me. 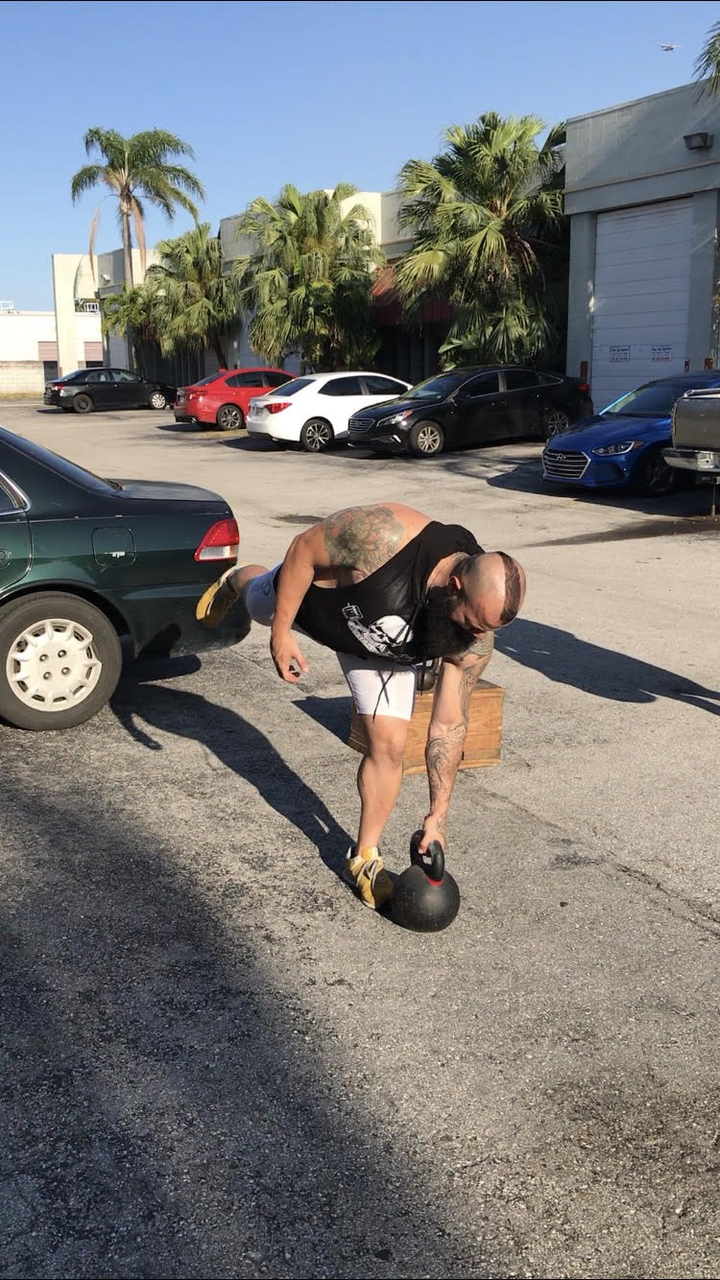 The most important thing to remember is that these are restorative movements. If you start to feel pain, loss of technique, or a general breakdown of form, or maximal bracing, stop. I had to put a lot of egos aside to perform these correctly, and I hope you do too. Grab a weight that forces you to work and treat it with respect. Both the hand carrying the weight as well as your empty hand should be closed very tight and squeezed to its maximum potential to not only work grip but prevent energy leakages.

Both during the pick and carry of the movement lats and core should be braced to meet the weight. A common mistake I see (and that I have done plenty of times myself) is picking up the Dumbbell/Kettlebell without proper bracing, or without respect. Over time, this can lead to spine decay as discussed in both “Back Mechanic” and “Gift of Injury.” As a beginner, carry the weight over a short distance that allows your trunk to stabilize but cause no pain. Gradually add length, or load as your trunks endurance grows.

Trust me when I tell you – I was very humbled to suffer through a 50-pound suitcase carry having come from 900 plus pound yoke carries. While keeping your head neutral, shoulders back and down and opposite side locked-in – it’s time for take-off. Below is a short and sweet set and reps scheme you can apply to your workout routine 2-3 times a week:

Real life and why this matters:

If I had a dollar for every time I picked up a grocery bag, a gallon of water, or book bag wrong. Or even walked around like it was no big thing, then I would be writing this article by yacht while on the future set of Game of Thrones (cause that’s how I would roll like a millionaire). I walked out of each Strongman session like I had lifting all figured out. I took this attitude into my everyday life and figured if I was strong enough to deadlift 700 then what would these grocery bags cost me? Boy was I wrong!  Little did I know that my day to day movements were a MAJOR player in taking years off my lifting career, but also picking the scab of already preexisting disc issues. I needed to re-invent my mindset and it started by treating all movements and carries, in and out of the gym with cerebral respect.

With so many spine injury/disc herniation victims coming from day to day movements like grabbing our dog or picking up our kid, it is important to mention that my spine healed up much faster when I applied the same mental approach and biomechanics I had in the gym into my life. I am not telling you to take laps around your block with cases of soda(although that would be hilarious). But, on the contrary, I am telling you to use the suitcase carry in training so that when you do have to handle a day to day task it is under proper mechanics and you are ready to move.

Often times we separate a gym movement from our day to day lives and in the same breath divide our outlook as well. I’m here to tell you that being an athlete demands the same approach in the gym and out. Pick things up from the floor with proper bracing, hip hinging and carry it with your lats engaged and neutral spine braced. As described by Dr. McGill, the stomach should be treated as a light dimmer, meaning one should brace as hard as the movement, or load demands.

Let’s not go passing out during your gallon of milk carry please! So, next time we go about carrying in our 12 pack think about your old pal MDLP and move it with some respect. Train hard and live easy.

Never Stray from the Way.