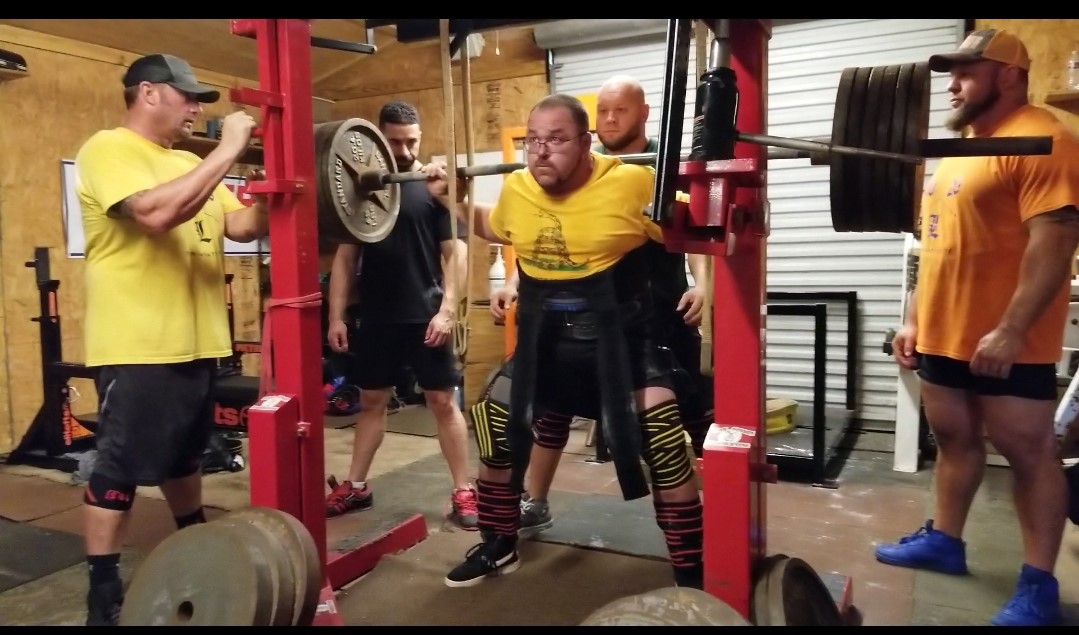 Things are starting to ramp up in the gym now with the WPO just over 2 months out. Brian Carroll and Clint Smith have slowly started back into their gear and are dialing things in. Getting gear on is not as easy as putting it on and lifting the weights. It takes time to get the gear to the point of where you want it to be. Bench shirts and Squat briefs have to slowly be broken in. Mike Holman had the privilege (that’s a lie) of trying to break Brian’s squat briefs in this week. It wasn’t pretty. Lol

We also had Adam Driggers out with us this week lifting as well. Working on bench with the shoulder saver as he worked up to 335×3.

Clint Smith worked in his shirt some Monday night as he worked up to 585×3 to a 4-board. Saturday we saw him in his squat briefs trying to break those in with the same weight on squat and pulls. (videos below)

Mike Holman worked up to 375×3 on bench Monday, then Saturday was 315×3 on squat. He’s been focusing on his form, staying tight and hip mobility.

Shane hasn’t been out as much lately as his son plays Pop Warner Football. So, he will be out when he can. Filipe was on a deload week. Keith is back out training with us and helping the guys for their WPO preparation. Keith is invaluable to the team with the knowledge and experience he has. It’s great to have him back out.