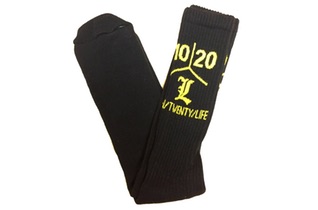 I did something I’ve never done this week. I worked out 6 days in a row. Ever since high school I’ve been reading in magazines about how bodybuilders do 6 on 1 off and I’ve never made it through past day 4… I always just felt too crappy and tired and knew if I took one day off in the middle my next workout would be so much more productive.

Lately I’ve been shortening my workouts, which has helped in recovery, but regardless by day 5 (arms day) I was spent. I made it through the workout and came home and collapsed on the couch. I thought to myself there was no way I was gonna do that again….

The next day I had the day off and I must have gotten a fantastic night’s sleep, because I was super productive that day. I ran all the errands I had to, and even made it to the DMV where I had the pleasure of sitting around for a couple hours to finally get my plates changed to California plates. During the whole process though I had way too much caffeine and by the time evening came around I was wondering if I’d be able to get to sleep or not. I decided to get the jitters out with a quick workout.

It wasn’t that stellar of a workout to be honest. I didn’t feel like I was making a very good mind muscle connection, and even though the pump was good I was depleted and it wasn’t as good as it could have been. It was a tough week at work too and the whole thing really took it out of me, so I won’t be doing it again, but in the spirit of experimentation I’m glad I did. It’s definitely counter to what we preach at 10/20/Life, but sometimes you’ve gotta learn the hard way. I’m going to take a couple days off to rest and recover and let all the work sink in, and then get back to it this week.