This week was rife with temptation. The pancakes and goodies last week helped tide me over for a little bit, but after a few workouts back I was back to feeling pretty tired. They brought in a big thanksgiving potluck spread at work and as you can imagine, it was torturous. I didn’t want to be rude so I got into the turkey a little, but if I was set loose I could have cleared out all the cookies and desserts too.

I’m usually pretty big on telling people that your prep needs to be manageable and you shouldn’t be feeling super crappy and weak too far out, but if you want to get to a new level that you haven’t been to before, a degree of suffering is necessary. There have been a couple days I’ve barely wanted to get off the couch, but it is what it is. I’m at the weird point in cravings where it doesn’t matter how full you are, you just want cheat food. Even when I eat lots of veggies or oatmeal and feel stuffed from the fiber, I could still pound down a dozen donuts if given the chance. I’m leaner than I’ve been before though and when you see the changes, it all feels worth it. I’ve got a few weeks left till the show I want to do, so all I’ve gotta do is stick it out until then. 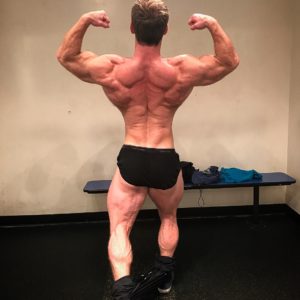 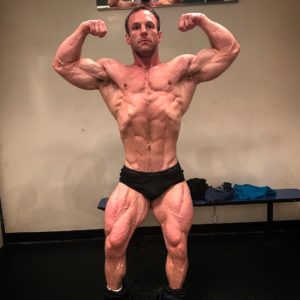 The short workouts are still going well. I blasted legs yesterday in 35 mins, and had to lay down for a while at the gym afterwards. Once I got home I was feeling really nauseous and laid down again before eating. I wrapped up in a blanket and even the dog was a little concerned haha. I was dead at the time but woke up today feeling pretty good so I think the volume and intensity was just right.

Still warming up with a thorough core and prehab/rehab warm up and then keeping the workouts to 30 mins or so.