I want to start off by saying that it took me 3 hours to decide a title for this piece. Besides being dramatically detailed, I wanted a title that would best represent my previous year as an Athlete and the humbling taste of injury. Hello there, I am Michael De La Pava (MDLP), and I’ve come a long way to be on PowerRackStrength talking to all of you. The reason I’m writing this introduction, and let me be very clear, is because I believed and continued to buy-in to what Brian and I were doing with my Spine Rehab, which is outlined in Gift of Injury, I believed in Dr. McGill’s approach, and adopted the 10/20/Life principles for my return to strength sports. I am adamant about this because these words are not a sales gimmick. Instead, they are real accounts of my journey through a possible career ending injury and my honest beliefs as I return to pain-free life and living. The words you will read next are based on true accounts, although I took my artistic freedom on both my height and jackedness. 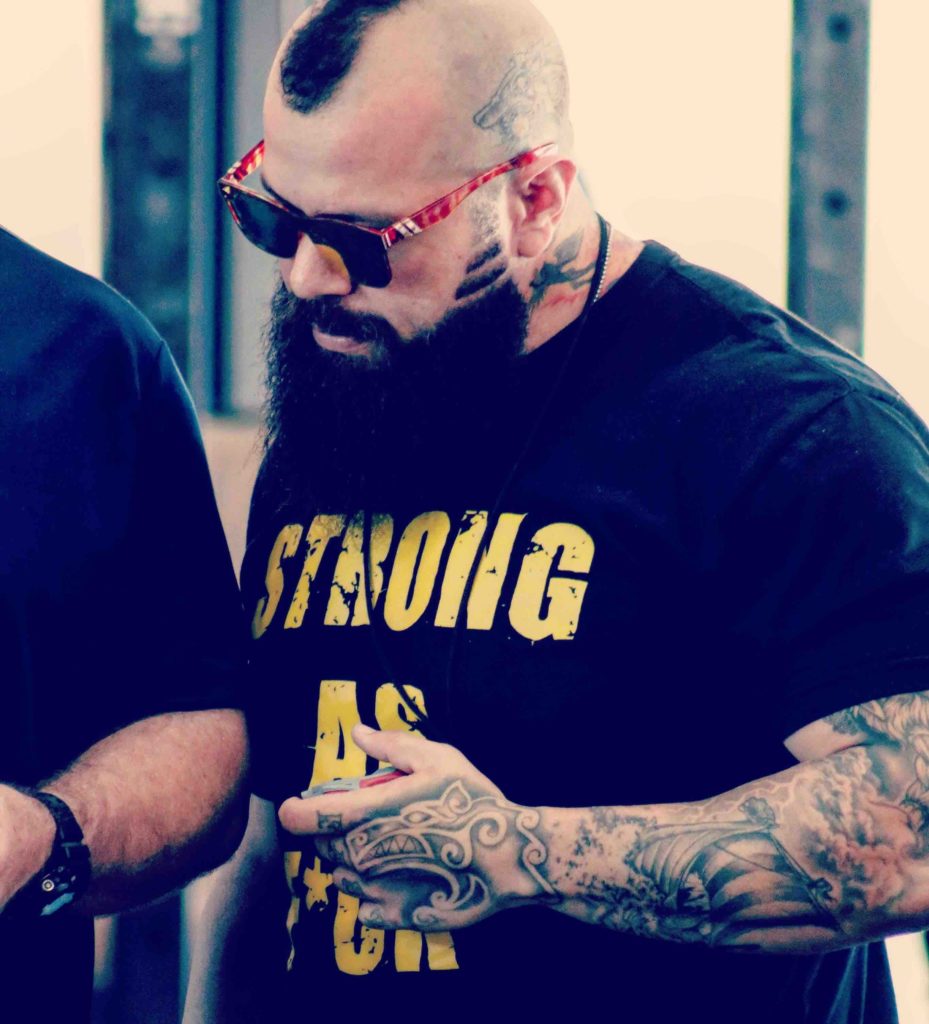 It was a warm and muggy morning in January of 2016 and what sounds like a picturesque day for a southern “Winter” ended being a clear reminder that what felt like a back tweak had started to become a serious problem. As luck would have it, and after days of stressful searching, I came Across Brian’s story on YouTube and on his “Bulletproof Back” articles. Reaching out to my friends Allison Lockhart and Danny Vega, they were able to get me in contact with Brian. Through a series of emails, texts, and Skype sessions it was clear what Brian wanted me to do. “Stop lifting, heal, move perfectly and identify pain triggers.” This also came along with corrective trunk and spine strengthening exercises which are explained in detail in the books mentioned above. Of course, this is a simplified version of what went down but let me re-iterate this… Me? Stop lifting? My first reaction was to scoff it off, confirm I wasn’t afraid of anything and train light. Even with an MRI establishing two severe herniations and four bulged discs in my lumbar spine, nothing would sway me. I’m MDLP, and I don’t back away from anything… this was the first time I prematurely dropped the mic.

Fast Forward one month into the future…

Another beautiful Miami morning at The Battle Axe Gym (shameless self-plug, wanna fight about it?) and there I was, doing speed squats like an asshole. What I told myself was lightweight for smooth doubles translated into thousands of pounds on my spine. During my squats, I felt a hollow click in my back. A small whisper of pain. I finished my workout not thinking anything of it and remained focused on moving lighter weight and letting it heal the old fashioned way. Three days later I woke up with a physical realization that something was wrong with my right leg. I could walk, but my leg was lagging. I could stand, but I felt off balance. I could feel both legs but my right drastically different. A distant numbness. Pain and slow reaction time were occurring up and down my  right leg. Fear hit me like a ton of bricks. I had broken my mom’s house decorations, and I was a scared child waiting to get what I had coming to me when she got home. I was eight years old again, and all those years of being a bad mother F*cker had gingerly left my body as I accepted my fate. Something was very wrong with my back, and I needed help.

Brian Carroll with a side of HumbleD Pie

Brian and I have become good friends over this period, but during my first conversation with him, I was tempted to throw a barbell at him. It wasn’t his character or words but rather, his ability to remain steadfast on the idea of not enabling my bad physical habits. I did my due diligence and homework. I read “Back Mechanic” and proved myself by adhering to no lifting, McGill big 3, pristine daily movements, and daily walks for four weeks. Despite all that, here I was trying everything in my power to hustle and negotiate my way into getting something I wanted. Conversations went as followed: 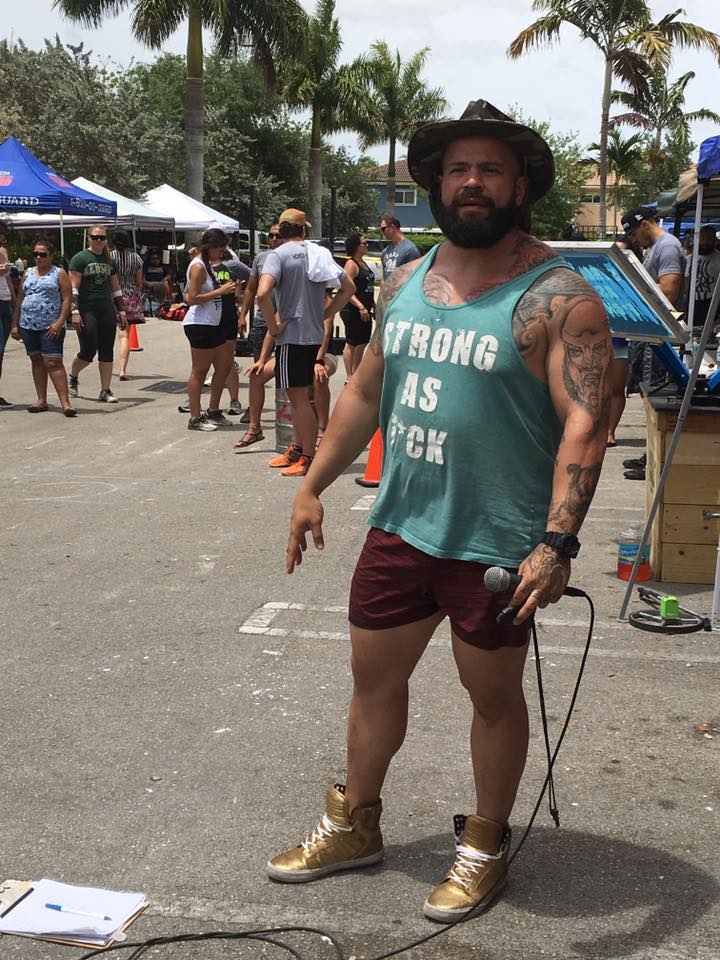 Queue in foot stomping, spilling my sippy cup and running away from home with all my toys.

It was clear this was not going to be easy, nor was I going to negotiate my way into speeding through spine recovery. I had been an athlete most of my adult life. I had 6 Muay Thai fights; I was a rugby player for the Miami tridents, I was a powerlifter and a Strongman. For 11 years all I had understood was ‘nose in the dirt,’ pain and hard work. The idea of less is more had not set in. I wasn’t argumentative or rude, but evidently, I wasn’t going to give in without a fight. After several back and forth emails and a lengthy Facetime session, Brian hit me with words that sent a chill down my spine. At the end of our talk and during the beginning of our program discussion Brian stopped me during one my parley attempts. He paused, for what seemed like an eternity, and said with words that stabbed me like a knife “Mike, you haven’t yet earned the right to lift again.”

There was silence on my part. It was happy hour, and I had six shots of reality with a side of humbleD pie. The taste lingered in my mouth for minutes. What I felt would be a passing lesson would turn into a life philosophy. At this point, you may be wondering why I capitalized the D in HumbleD, and I promise you as bad as I am at grammar, it is 100% on purpose. Humility, like love and rage, is emotions that are genuinely earned and felt. Either you are in love, or you’re not. Either you have all beautiful rage in the world, or you’re just a sassy pants. The constant memes “be humble” have never rung true to me. One cannot try and be humble as one cannot try to be in love. You either are, through a series of experiences, adventures and hard work… or you’re not. So where were we? HumbleD pie with a side of bird dogs right?

After that sobering line, I knew I was in the right hands. I was with someone who was not going to take this lightly, who would not let my ego and athlete get the best of me, and who would ultimately become a good friend, mentor, and teacher. I wasn’t ready to catch the fly with chopsticks just yet, but I had come to terms with my situation and was ready to listen. Seatbelt, fastened, hands on the wheel and eyes on the road. “I’m ready, so… what’s the plan?”