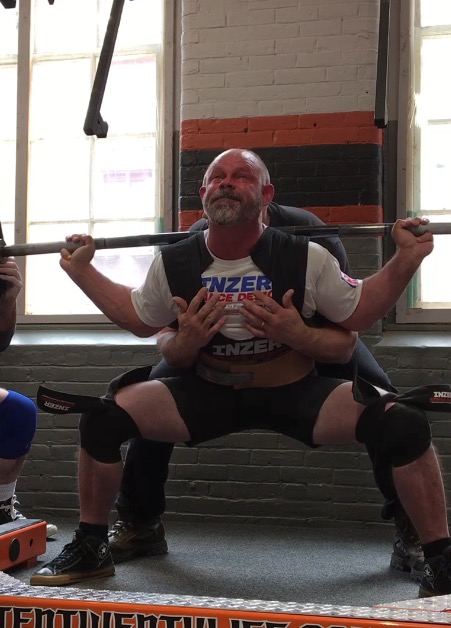 The Road to Neck Surgery

Just when you think things are going pretty good…shit hits the fan.

I had been doing my weekend chores like I do every weekend. This particular weekend was no different right up until two pieces of plywood fell on my head and knocked my ass to the floor. After I gathered myself (just after the ‘accident’ occurred), I picked my glasses up off the ground, cleaned up some blood, and finished up the task at hand without much, if any, consideration.

The next few weeks passed, and I had been consistently waking up with migraines, along with some pretty constant and severe neck pain.  I was able to explain the pain as a result of my first neck fusion at C5/6, and I had just recently begun drag racing. I surmised my neck just needed some time to acclimate. A few weeks later as I had grabbed something out of my shed, I recalled the plywood falling on me; The irony lies wherein my first neck fusion was the result of a 4×8 sheet of plywood falling from a mezzanine right into my forehead. Twice was not a charm. 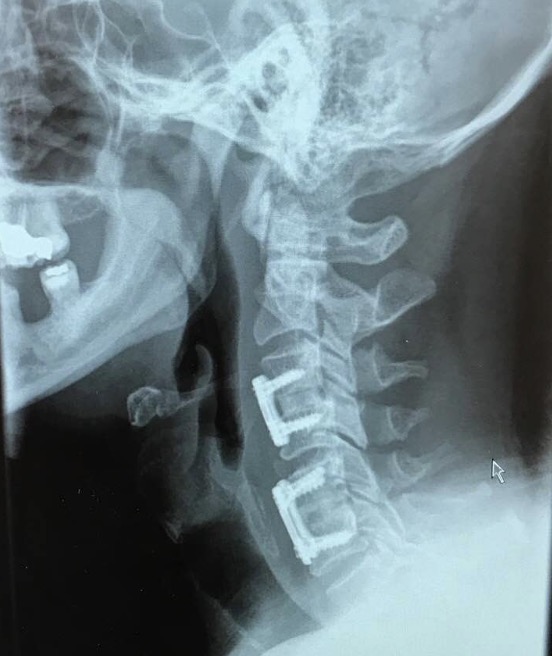 I made the call to my Primary Care Physician so we could schedule an MRI and get the ball rolling on imaging and consultation procedural steps. Once the MRI was done, there was little consideration for what was a problem. The intervertebral disc between at C3 and C4 was gone, and there was bone on bone contact between these two segments, along with lateral bone shift, and a worn-out facet joint.  My PCP sent me to a surgeon who then kicked me back to a physiatrist/pain specialist.

The pain specialist wanted to do a round of prednisone to decrease the swelling in the neck. Next was two additional rounds of injections into the area of the swelling. Throughout these series of treatments, I was experiencing increasing neck pain, and when there was a reduction or minimal pain, there was numbness in my jaw radiating into my shoulder. The sensation was like a pack of ants traveling from my jaw down to the shoulder. The doctor knew none of these injections would be a fix for structural compromise, but hell everyone in the medical circle needs to make a payday.

After about six months of being dicked around, I finally was scheduled for an appointment to see the surgeon. While consulting with the surgeon, he made a gripe that I should not have waited so long. After chewing the fat for a good hour, we had scheduled my C3/4 fusion for January 12, 2018.

On the day of the surgery, the procedure kept being pushed back. I was going to be spending the night anyway, so when the procedure happened didn’t matter much to me. I met with the physician, and we went over some last minute things. One thing he failed to tell me earlier in this endeavor was that eating and swallowing would be difficult at best once he is finished and I am rehabbed. After some kick-ass meds, I was wheeled off into surgery.

As I woke up in recovery, I was not feeling bad at all. Everything seemed just fine until I went to take a drink of water. As I tried to swallow the water going into my throat, it shot out my nose — the reality set in quick that this was going to be a long road ahead. I made several attempts through the night to eat, but with very little success. Water was the staple of the diet, and the more I drank, the more my stomach got upset. I didn’t get much sleep through the night, quite honestly, I felt like total shit. The nurse had to give me meds to keep me from vomiting.  Once morning came around the doctor assessed me for my trip home, and I was good to go. 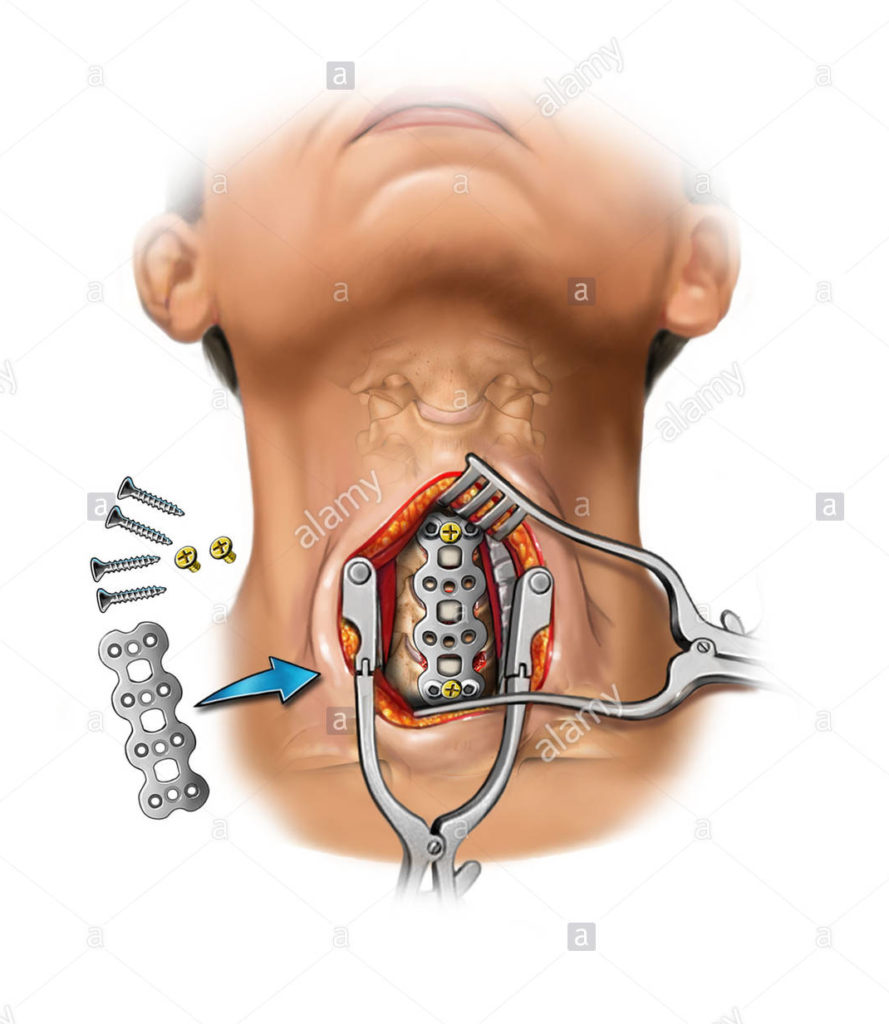 Once home, I started to get settled in until I started vomiting uncontrollably. I thought to myself, if this keeps happening, it’s going to be one hell of a long day. It did, and it was. As time slowly went on, the only food I was ingesting was protein smoothies, apple sauce, and water.  I was feeling weak and tired with no real nutrition going into my body.

On day three, I was down over ten pounds of body weight, and feeling like total shit, but I desperately needed to get out of the house. I was going stir crazy just sitting around, mostly doing nothing. I ended up going to work because things needed to get done and I needed/wanted to get my ass moving. My typical day soon became going to work then home for a nap then off to the gym to hang out and do some walking to keep moving. This was the best I could do while I was recovering from the fusion. Eating and swallowing remained very difficult.

It was a very long six weeks… but I knew that it wasn’t going to last forever!