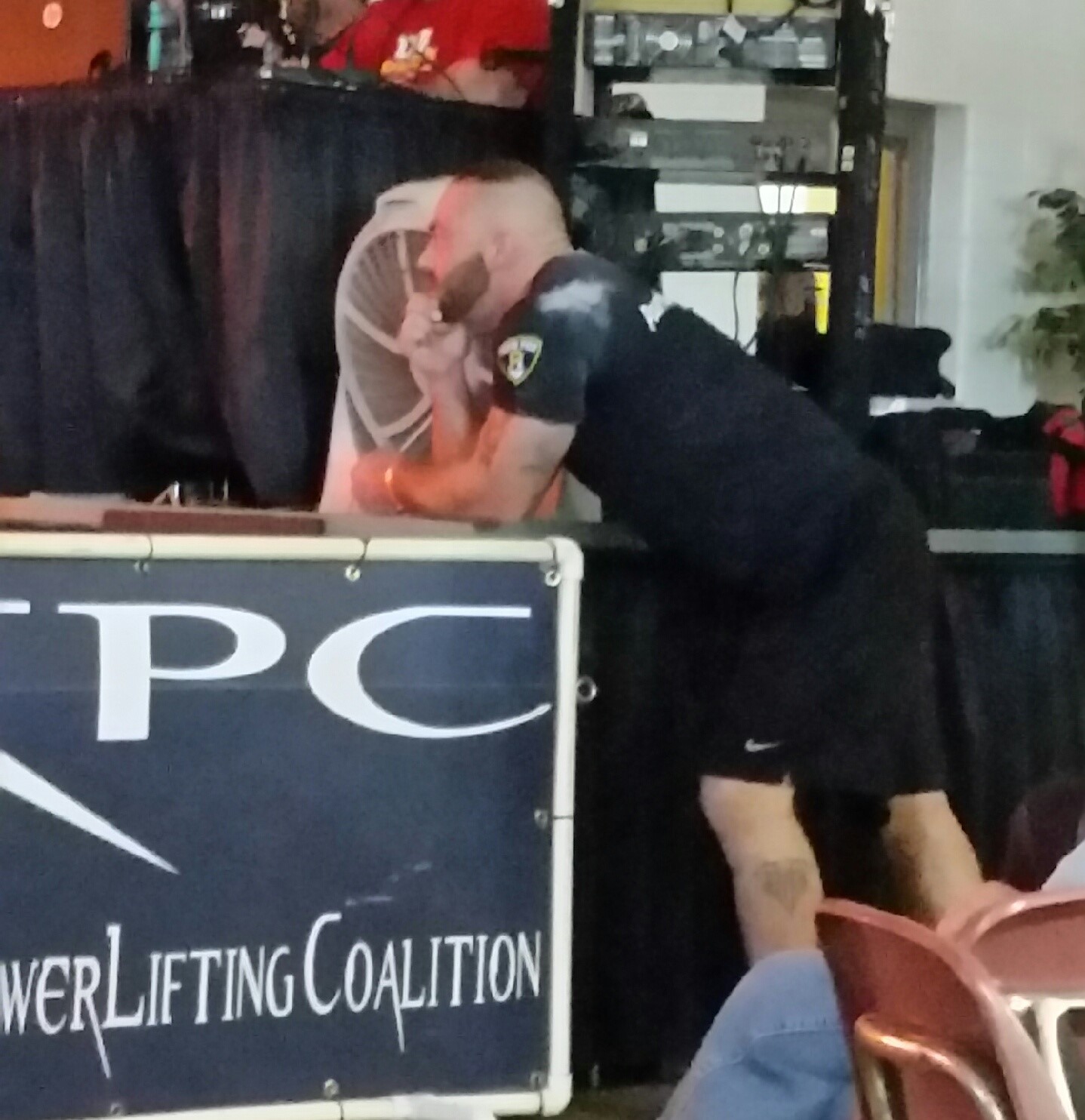 I recently competed at the 2018 XPC Finals on Saturday March 3rd in Columbus, OH. I definitely did not have the day I was prepared to have, and I bombed out for the first time in a meet. I have been told among other things that if you’re going to bomb out, why not do it on the big stage. It happens. I came into this meet well prepared for what I was going to face, and in the end I am the only one to blame for my performance.

I flew into Columbus on Wednesday night and stayed with a friend while I finished off my weight cut. Everything went exactly as planned as far as the cut went. I followed Brian’s ebook and weighed in at exactly 198.4lbs. I checked into my hotel room and began putting all of the weight back on very fast, weighing 215lbs at about 3pm. We went back to weigh my girlfriend Lyndsay in at 4pm and finished off the night with some good food and saw the premier of Westside vs. The World. The movie had me fired up for the next day and I got enough sleep before heading into the meet.

I decided to open with a 720 squat, something I could hit on the worst of days just to keep me in the meet. 72o went well but there were still some technical issues looking back at it that led into the next two attempts. I figured that I would hit an easy 780 and move onto something around 810 for a 3rd. 780 didnt go as planned, my knees came forward so I spent a whole lot of time in the hole trying to hit depth and the lift just wasn’t coming up after that position. Taking it again on a third attempt, I over compensated by trying to reach back alot further from the start. I fell out of position about a third of the way down and that was it. Done with squats and settling for a number that wouldn’t give me much to work with for a PR total let alone keeping up with the other guys at 198.

I opened on bench with 440, another number that I can hit on a bad day to keep me in the meet. The presses came pretty easily, but my butt came up every time. I made some adjustments to keep it down for a third try with no luck. I was out of the meet. I was disappointed and could have handled it very differently, but I’m glad I didn’t. I only had myself to blame. I didn’t have the technical aspects dialed in, and in equipped lifting that is not something you can get away with. I had to take the loss with my chin up. My girlfriend and teammates still had meets to finish, so I headed right into the handling and support role for the day/afternoon.

As weird as it is to admit this, I am glad that I bombed out. Don’t get me wrong, I had envisioned getting a PR in every lift and total going into this and would have loved to be writing now about how that happened. But it didn’t. Looking back on my prep I might have subconciously coasted into this meet thinking I would be chipping off my last meet’s lifts if I just completed the bare minimum of what needed to be done. That wasn’t my mindset, but it is possible that I did not work as hard as I needed to. This meet was a learning experience and a big wake up call for me. I need to outwork myself and every other guy that I will be going against if I want to keep progressing. My beginner’s luck ran out and I need to concentrate on technique adjustments and harder work to put me where I want to be. I have another meet lined up right now, but I haven’t decided whether it is going to be for a qualifying total or a redemption for what happened yesterday.

After it is all over with, I am glad to be back home at my parents house in Ohio writing this. My teammates Daniel Dalenberg, Dain Soppelsa, Zane Geeting and their handlers were nothing more than welcoming and supportive. I have to thank Pat Thompson for flying up to handle myself and my girlfriend Lyndsay, who had another great meet with a 475 squat and a 1090 total for a win. I’m heading off for vacation tomorrow with her and have alot to be thankful for. This was a small blemish in the big picture, and I am excited for what is to come in my training and experiences.