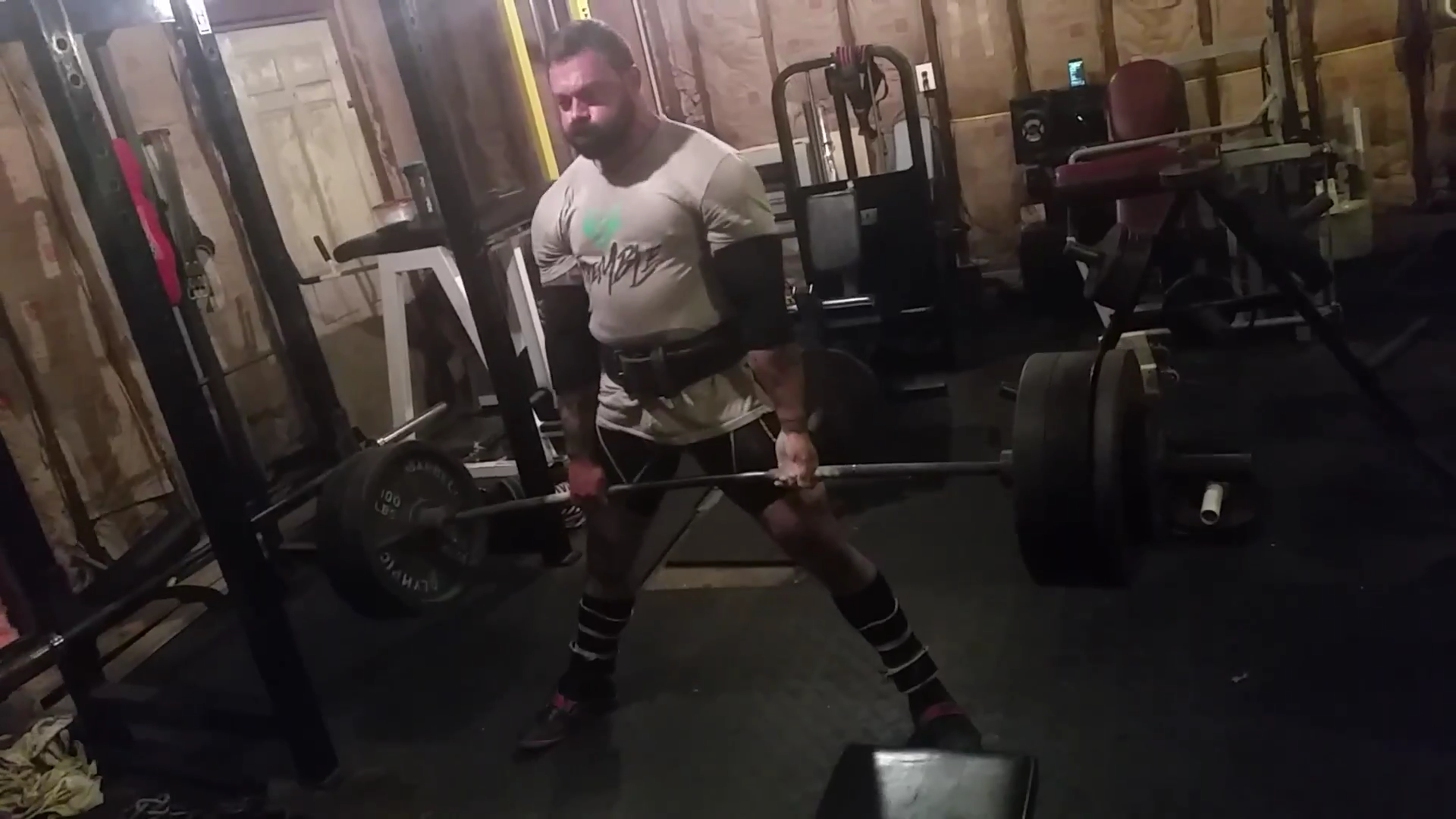 I recently competed in the RPS Northern KY Fall Throwdown where I totaled 1720@198 raw and qualified for the XPC finals at the Arnold Classic Sports Festival. The plan as of now is to compete in that meet as a raw 198 lifter. Currently I’m wrapping up a 10 week off season training cycle where I worked to improve some weak areas.

This was my last week of off season training. My plan was to take it easy on upper day as I already pushed that a bit a couple weeks ago, but to take a decently heavy single on squat and deadlift. Here’s video of my squats from the lower session…

Weights are 510, 560, and 620… this is the strongest my squat has ever been coming out of the off season. The deadlift unfortunately is not in the same kind of shape. I struggled with it in this session and never moved past 565 because of the way it was feeling. I did several singles there to work on dialing in form, but it never really clicked. This is something I need to focus on going forward.

Here’s what the rest of the week looked like…

This was a light one for me, I wanted to transition into meet prep fresh and ready to hit it hard. Here’s what I did…

100 total reps with a light band

This was the heaviest session of the training cycle, at least on squat. I’m really happy with the way this went. With a good peaking cycle I think I’ll hit a big squat PR at the Arnold. I figure my top set here will be in the ballpark of my opener there.