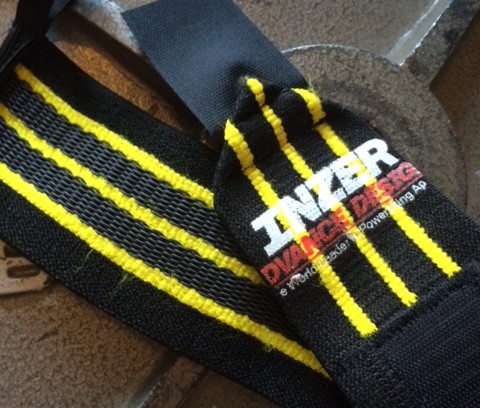 Coming off a very poor performance in Atlantic City. Despite an excellent training cycle, I did not execute to my ability. This failure has left a very sour taste. Currently in the first phase of a long off season. Working towards leaning out a bit, increasing my work capacity and allowing some nagging issues to heal.

My body weight has dropped nicely, too far in fact. Clearly I am very carb sensitive. All I had been doing from a diet standpoint was I took out carbs from my breakfast and was limiting, but not avoiding, at lunch time. I dropped as low as 241 before I contacted Scott. Our plan was to stay around 245 for a few weeks before making any changes. So an adjustment was in order.

Changed the eating. Basically put all the carbs back in and am limiting fat intake. This is pretty much how I eat 85% of the time anyways, just a little cleaner so it is very easy for me to do. Weight is coming back up a bit, nothing drastic but I think this will work.

Training wise here is what I have been doing:

Squat– Fairly low volume, using the buffalo bar exclusively and varying my stance. I’m using that bar to give my elbows and shoulders a break. Squatting is always the hardest thing on my arms and using this bar is giving me a break without changing my technique too drastically. The SSB and cambered bars are easy on the arms as well, but I feel that they change my technique too much. Varying the stance just to get a different stimulus. I won’t be changing my competition stance at all.

Bench- Lots of floor pressing with the Swiss bar. This is being done to get pressure off of my pecs. I keep straining one or the other, almost every training cycle. Before I started straining them about a year ago, I smashed a 475 triple and haven’t come close to that again. It’s been a slow decline and I need to get better. So I am trying to build some load tolerance and get my arms, shoulders and pecs healthy to make a run at a mid 500 pound bench in the near future.

Deadlift- Pulling sumo and off of small deficits. Everything has been going well with my pull, no issues to speak of. I like pulling sumo in the offseason as it always seems to attack some weaknesses that don’t exposed near as bad with the narrow squat stance and conventional pull. One interesting thing I am doing here is addressing an imbalance in my lats. I cramp hard on my right side when benching heavy. Brian noticed in Atlantic City that my right lat is considerably bigger than the left. I think the bigger lat is contracting harder and the lack of balance causes that cramp. I also think it is due to my deadlift grip, years of pulling over/under. Two fixes- All single arm upper back work is done with double volume on the left side. Pulls are done double overhand until I can’t hold onto the bar.

Couple more weeks until I get back in the usual groove!