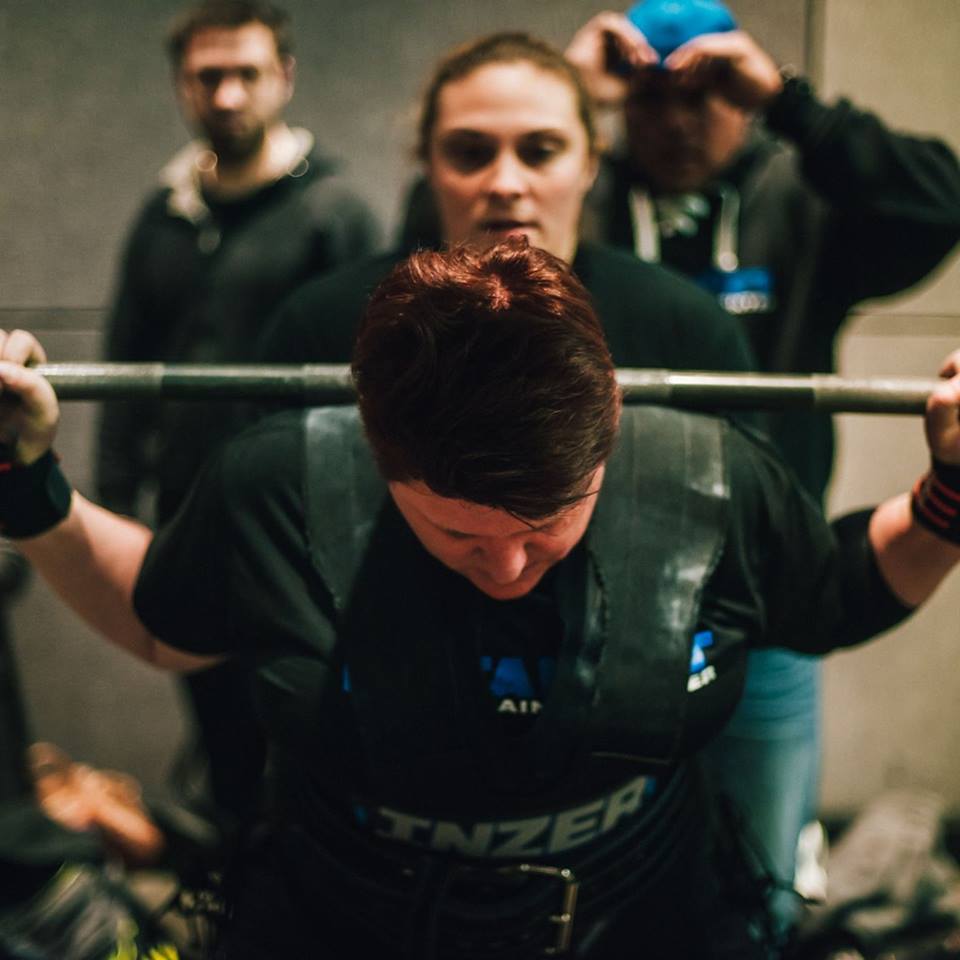 I came into powerlifting later in my life and certainly not at the most competitive level. Open division lifters are throwing up huge totals in their 20’s, or early 30’s.   At first, I was happy to wake up in the morning and be able to move after a training session, but soon the iron bug did hit me pretty hard. I wanted to compete and become more knowledgeable in the sport. So, I went on the search to find a place where I belonged and where I fit into the mix.

Surveying my surroundings, I was quick to learn that most of the people on the team I had been invited to train with were seasoned World Champions. They had been lifting for years and had been coached by Ernie Franz during their youth while training in the Franz gym in Aurora, IL.  They also had numerous stories to tell of the WPO and the “hardcore” old school days of lifting. I should also mention, this was an equipped team and I was the 43-year-old RAW lifter with terrible form.   I quickly felt like I had very little knowledge, or ability when surrounded by these guys, but fortunately they were extremely nice and supportive and really helped me around the gym.  They allowed me to earn my keep by picking up knee wraps, running the mono, holding boards, loading weights and cleaning. In return, I found a passion to be a competitive athlete again and the iron bug had bitten me.

All that being said, I think it’s really important to be honest and think about what it means to be as competitive as possible when you enter the sport later in life.  What it takes to push yourself at a competitive level, and to not use age as the reason you aren’t as strong, or as competitive as a lifter in the open division. I still compete in the open division and while it irritates me that I am not as competitive as I want to be; I won’t let that stop me from striving to be stronger.  There are some really strong women out there competing at ALL ages.  That is why I think there is a place for a master division as a means to measure yourself competitively against others, without excuses, or apology for wanting to win at every possible opportunity, in any class. Just keep it in perspective, get yourself as strong as you possibly can and go for it!

Not all training is created equal.

I quickly learned not all training is created equal and what works for me can and will be different than someone else, just like a lifter at a different age.  Here is where 10/20/Life really helped me.  The concept of “10 and 20 weeks at a time for a lifetime of positive momentum in training and LIFE” really helped me.  At first, I started going hard all of the time, with little down time and pushed myself to the point where I wasn’t really having much fun anymore.  I had also started to get some wear and tear injuries which slowed my strength growth.  I started using 10/20/Life exactly as laid out in the book, and had my first offseason and contest prep.  I did one more RAW completion at WPC Worlds in Portugal and then began the transition to equipped lifting.

Learning what a deload meant and learning proper rest habits was very important as well.  Incorporating the deload week at first seemed like a wasted week of training and foreign to me.  But after the second one, and utilizing it to dial in form and being efficient in my work, I found out how beneficial it really was.  I value the deload week and my focus on technique has been key to continuous improvement.   I learned that I need a little more rest compared to some of my teammates. This was especially true during Pre-Contest phase. I couldn’t just go out to the movies, or dinner after training without having to consider what my recovery needed to look like.  Planning for this and having a social relationship with my team was important, so I planned really well and made sure I didn’t skimp on the rest.  The best athletes give themselves the best possible fuel, so I did the same thing.  Not only did I feel better, I had a lot less issues with inflammation and soreness when I did so.  So, no surprise that I am at my healthiest when I am getting a little more rest than normal, am prepared and am following a meal plan that is clean and appropriate for my needs. I have to make sure I am smart just like any other athlete.  I don’t travel if possible during contest phase.  I do what is on the program and don’t go rogue. Listening to your coach and doing what is prescribed is key. 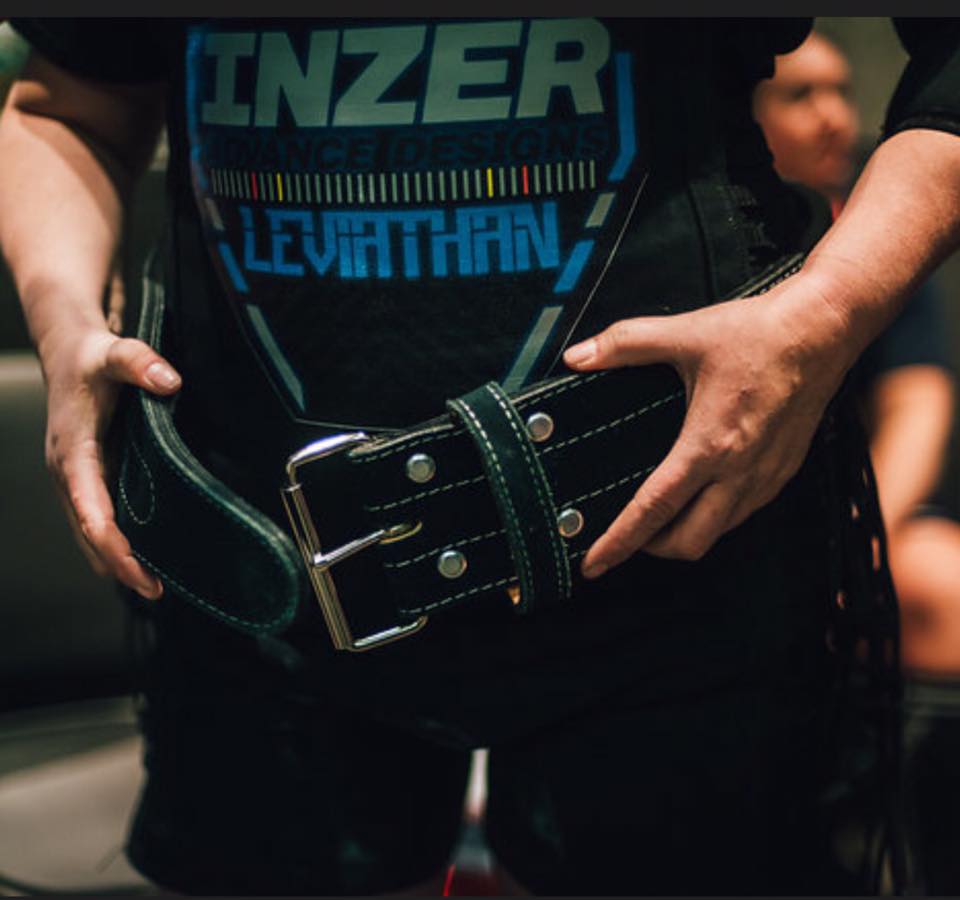 Injuries happen.  It’s how we approach them that makes a difference.  If you have read Brian Carroll’s background you know how he recovered from a serious injury and is competing at a very high level.  There are others that decided that it’s not worth it to come back.  It’s a very personal decision.  The nonsense of hardcore for the sake of staying out there is completely ego driven.  So, I will simply say that taking care of your body using a smart approach to managing injuries is paramount no matter what your age is.  I have had major illnesses, major surgery and Crohn’s disease.  Bottom line is that I do what it takes to keep myself healing and spend a great deal of time researching, educating and hiring some of the best and most knowledgeable coaches to help me.  I don’t try to do it alone, but frankly, that’s where people get into trouble. They listen to their brains, or ego instead of experienced coaches. If you seek out someone to help you, be willing to be teachable, listen and implement their recommendations.

Don’t shy away from competition if you love competition.  Go do the work and get out and compete.  It’s you and the iron on any given day.  Anyone can make a mistake and a good competitor will take advantage  and capitalize on them.   I may not be able to lift more than other competitors every single day, but if you make a mistake, I guarantee I will take advantage of it because I am going to come in as prepared as possible and bring my best possible effort on that given day.  Living with Crohn’s has taught me that you really have no idea what the day is going to bring, and that is the same as someone who doesn’t have to contend with those issues.  Something can and does happen to all of us.  Stay competitive, be smart and mature – THAT is what can make, or break you on meet day. 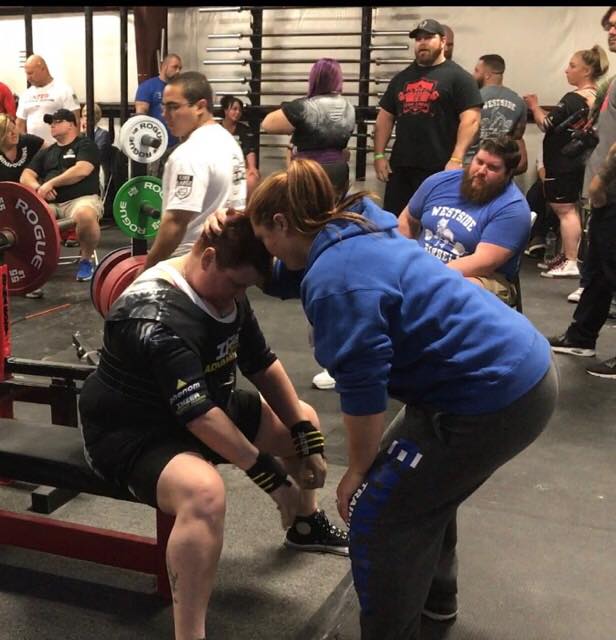 Be Willing to Change

What worked for me in 2014 doesn’t work for me in 2017.  Why?  Because we adapt and we have to keep focusing on our weakness.  Weak points change as we work on them. That is no different for someone older competing vs. someone new. If you have ALWAYS done something one way and you’ve been lifting for 10 years and you have stalled out, why aren’t you changing what you are doing.  Just because you are a vet in this sport doesn’t mean you don’t have to adapt.  You probably have been injured, and a new weakness probably has been formed.  What you do about that weakness will make a difference on the platform.

Don’t be afraid to get out there.  Go be as strong as you possibly can.  Don’t make excuses for a performance that might be less than your competitor.  I will keep forging to be strong and put up PR’s every opportunity I can get.  I will take every opportunity I can on the platform and you never know, an open division win may just be right around the corner.