Over the next several months I will be the Guinea pig for some new ideas on training and diet that I will perfect with the help of Tucker Loken and Brian Carroll. This will be the groundwork for an upcoming ebook that we will release in the near future.

Fluff and buff day nowadays…I’m working on bringing up my lagging body parts. For me it’s shoulders, calves and abs. But I also hit biceps and triceps bc why not? I can already see some changes in my body which is really motivating. 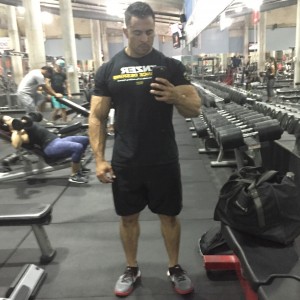 Trying to make my arms the same size as my waist