As usual, Bert and Mindy demonstrated what a quality powerlifting meet should look like. These meets keep getting better. This year, they even had a childcare section for all the kids to play. Who does that? I’ll get into the details, but first let me back up.

I started the week weighing 231, and I cut down to 219 by Friday. No starving and no sweating needed. I realize it wasn’t a big cut, but having read Brian’s cutting manual, I was able to make the cut with ease. Do yourself a favor and get it here. 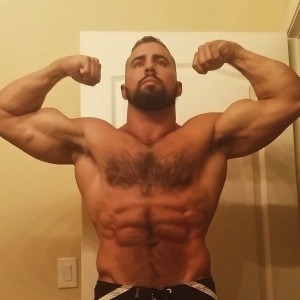 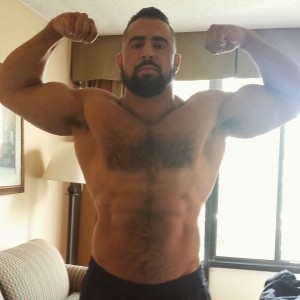 We all got together for dinner on Friday night to fuel up for a long day Saturday.

It was definitely an adjustment having to wait until 4 to get started, but from start to finish, it was only about 5 hours. That’s almost unheard of.

I took my squat opener of 550 and buried it, but something felt wrong. I tweaked my knee and I was in some serious pain. Thankfully, Danny Aguirre hooked me up with some ibuprofen for my second attempt. I hit 610 pretty easily but it hurt even worse. I decided to play it safe and pass on my third attempt. This was not in the plans because my squat felt great this cycle, and I was looking to tie my wrapped PR of 640. Oh well. Click here for my 610 squat.

Bench sucked, but that was expected. I felt great hitting 350 and 390, but a few things happened on my 405 attempt. I blasted it off my chest and came up towards my head too early, and my left foot slipped. No lift. Click here for my weak bench.

By the time we started pulling it was after 9, but Steve Rohrbacher hooked it up with some Pre-workout that gave me some extra energy (thank you brother). 600 was a warm-up. 675 was a smoke show. And finally, my goal of 700 went down, also with great speed. Click here for my 700 deadlift. I’ve only watched this video about 70 times.

Jordan and I went head to head and the gloves came off. I almost beat him, but then he out totaled me by 165 lbs. So close. Oh and he also squatted 785, which happens to be the all-time world record raw squat at 220. And I know him. I bet if you ask him, he’ll even tell you we’re friends.

My brother Terry finally realized his full potential and put together the best meet of his career, going 9 for 9 (605/410/710) for a 1715 total. Amazing bro. And only the beginning. I lost our bet and had to buy him dinner.

Most of my PRS teammates had good meets, despite some injuries and mishaps. I know I sound like a broken record, but I’m proud to be part of such an awesome team. At this point, we’re like one big, insane dysfunctional family. I was surprised to hear that some of my teammates weren’t aware that I’m slightly retarded.

Anyway, the knee is still sore. The plan was to take one week off and go back into my Off-season training, but if I’m still sore by next Sunday, I’ll take an extra week off to be safe. I’m excited to lay out my off-season training. I’ve had help from Zane, Brian and Jordan and I still gotta go over it with Jonathan to make sure I’m attacking my weaknesses.

I hate doing thank yous because I’m afraid I will miss someone but here it goes. Thank God for keeping me healthy and allowing me to do what I love. Thank you Jonathan for giving me the best meet prep programming I’ve had in my short career and working with me to adjust as we went along. Thank you again Bert and Mindy for another awesome meet. I’ll be back again next year. Thank you to my beautiful wife Maura for putting up with me these last couple of weeks. Thank you to Brian for all your support and your extra help keeping me sane towards the end with the recovery treats. Hope I didn’t miss anyone.