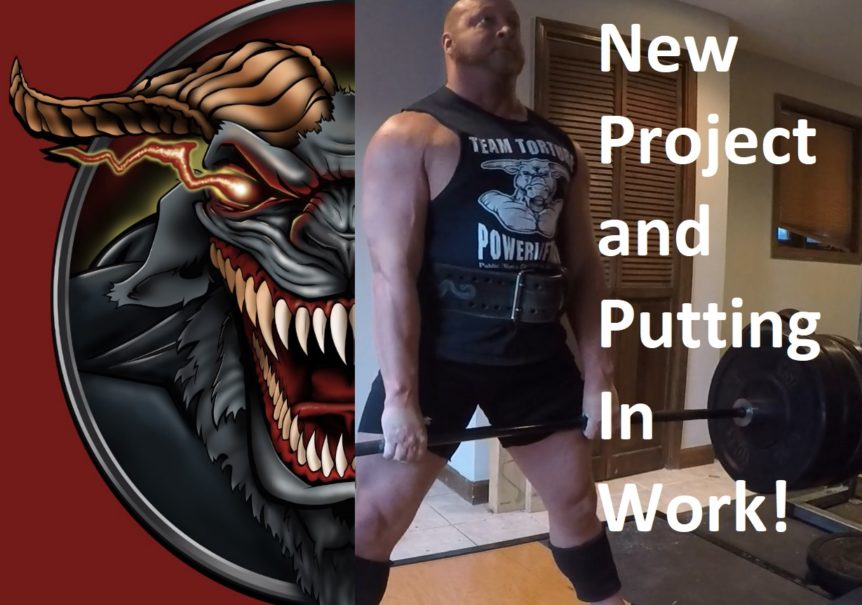 On to a new training plan to make a run for another world record squat most likely sometime in the spring.  Planning to put on some muscle, be less fat and make a better base this offseason before going back into meet prep!

I’m working with moderate intensities in a block of five rep sets this week laying the groundwork for hopefully some new PR’s when I get to peak intensity. Just putting in the work that’s designed in the plan and trusting the process!

I get to introduce you guys to my truck project now!  This is all taking place under the entity of Mountain Goat Racing Inc.

Ever since I was a small child even before kindergarten I’ve always wanted to have a drag car of some sort. My dad had racecars over the years and other cars I really loved and I knew one day this kind of project would be my future. I’m finally in a position where I can make this happen and I’m doing it with a 2006 Chevy Colorado. The idea is to have a street legal truck that can perform on a dragstrip really well. Somewhat similar to the cars you see on the show Street outlaw’s (the idea was there before I ever saw the show) and potentially participate in a streetcar contest called drag week. This contest will actually be in our immediate area for one of the races this coming fall where this fastest streetcars on the planet will have time trials starting in Atlanta, working up to Bristol going over to Charlotte, down through South Carolina at Darlington and then finally back at Atlanta. I have doubts that I would get to participate in this this year but it is the kind of thing I would want to do eventually. Through the weeks I’ll be showing you guys progress pictures of the truck through the build. Here are the two primary inspirations of the build and a few before shots so you can see when I’m working with and working toward.