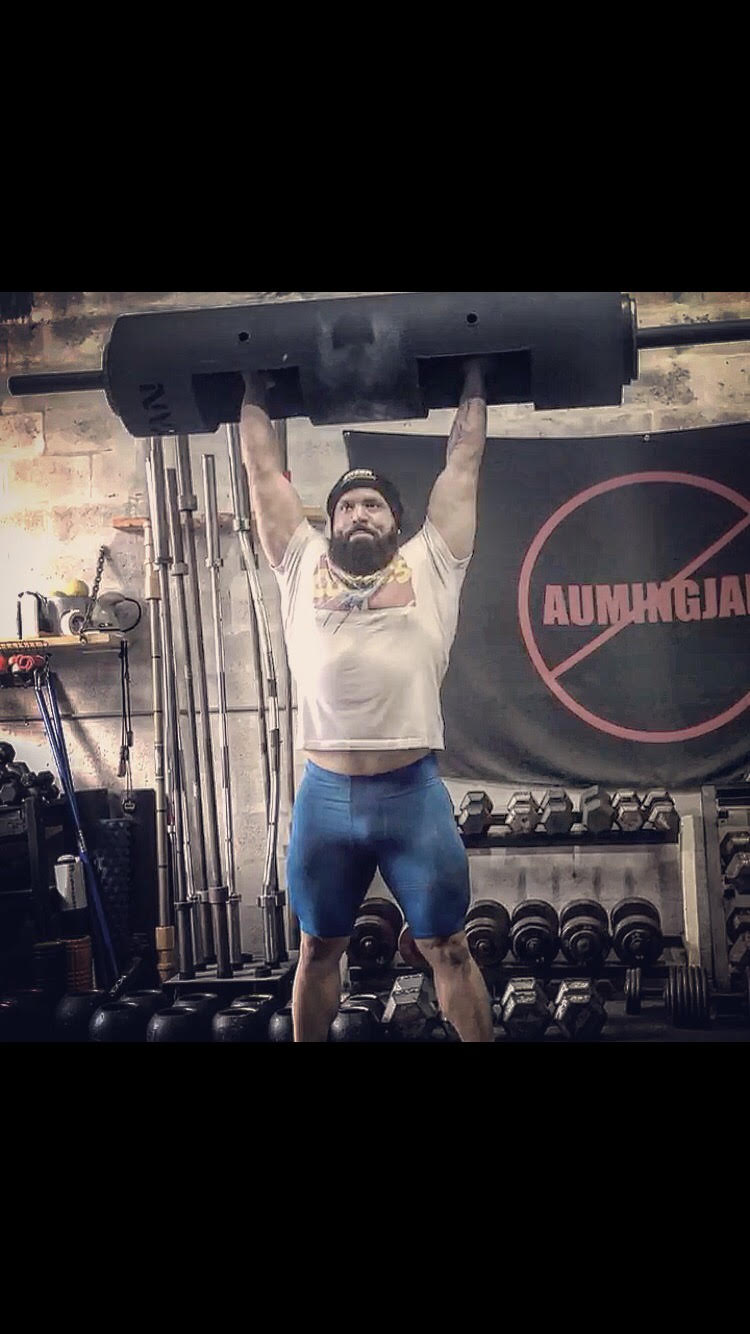 Secondly, there is a podcast (RXD Radio, Episode 57) with my teammate, Paul Oneid, which I feel is extremely relevant to not only this post but sports in general. He sits down with Jordan Shallow to discuss de-loading, its values and some general opposition to it. Paul echoes many of my opinions on de-loading and brings great depth to the physical and mental aspects that I will discuss below.

I will end this intro by stating that I am a Psyche major. I am not throwing that title in your face but rather, I want you get to know who I am and where I come from. I am not going to dive heavily into the physical necessity of de-loading in detail but instead I’ll challenge you to be open to the idea that many aspects of training fall heavily into the psychological basket that is an Athletes mind. Furthering my thirst for psychological perspectives in sports performance has helped me run my business and facilitate a deeper communication to my athletes and clients. It is my understanding that studying something heavily from a psychological standpoint can at times be very subjective and distinct between lifters but I have found there is an underlying base of choices that can lead to a healthier mental perspective for my athletes.  For the sake of  communication and discussion I will keep most of the talk relevant to de-loading for strength sports.

The Battle Axe Gym:  “Where Psychology is Everything”

How often are we told to leave our baggage at the door? To walk in with a positive attitude and leave the days stress behind? These are actions items, aren’t they? The “Just Do It” quotes and memes we see daily.  Some individuals can execute this without fail, but the question for many of us is “How?”. At The Battle Axe, the “How” is more about the “When” than anything else. To succeed mentally, one has to wake up and practice cognitive action. Physically and mentally give yourself realistic yet positive reminders of the tasks at hand for the day.  As mentioned above, for the sake of this post we will keep it sports related. If it’s a big deadlift day at The Axe, I will constantly remind my lifters to be prepared mentally for this session. They, having taken days and weeks prior to the lift to focus, understand that mental mantras, quotes, positive posture and conversations all fall under the umbrella of a successful  lifting session. To an athlete who has been preparing for battle for days, weeks and years it only takes a matter of seconds to “leave the baggage at the door”. For someone who continually works on mental courage from the moment they wake up until they go to sleep, executing a mind shift becomes second nature. I would argue that the action of not taking action is also worth noting. As much as we like to do more and more as athletes, it is often times what we don’t do that makes us warriors. I often tell my lifter to stay positive by not wasting energy on negative self criticism, to get rest by not going out to party every day, and to help maintain our good team by not being a shitty person. Discipline your emotions every day, every hour and you will reap the benefits of a strong lift.

I akin de-loading to thirst. Once you are thirsty, you are most likely already dehydrated especially for an athlete. So how, when, and why do we apply this de-load psychologically? Many mental stressors are out of our control. Our families, our finances, work and that asshole who cut you off in traffic are many times out of our spectrum of controllable variables. These stressors, like all aspects of training, will compound and eventually lead to a drop in not only athlete accountability but performance as well. As coaches, many of us will see this all over our lifters face and we will want to just beat our chests and say “suck it up” etc. Which hey, I get it. Sometimes this really works and my lifters need a real kick in the ass but we are here to open our mental avenues and build longevity. This is where properly applied de-load comes into play. I’ve found that leaving it up to my athletes to de-load “when it works for them” or “they feel it” has lead to poor physical performance and often times a drop in confidence as things start to break down physically.

By applying the de- load every 3rd or 4th week (this of course has some variance based on ability, training cycle, sport, history of injury etc.) we can stay a step ahead of uncontrollable variables. This keeps our minds fresh and hungry for the new week, but I will go one step further and say that for the most part people hate de-loads. But aren’t we doing these killer sports because we are out there to prove that we can do what cant be done? Is that not the base of our mental fortitude and discipline? The act of applying things you hate and acting like you love it? Like you need it? I have found that applying this “mental” break, which is a result of a physical de-load, only enriches the lifters longevity and understanding of what it takes to be the best. Some will argue that the term de-load lends itself to a lifter getting lazy or out of tune that week. I would counter that with saying the fault then lies with both the lifter and coach and their lack of communication. If you’re getting lazy on de-load week, lifting with poor form, and turning your mind off then a chain in the communication link has been broken. Aside from the physical fight against fatigue and performance decay, I often explain to my lifters the value of allowing the mind to stay one step ahead of stressors in preparation for the heavier weeks to come. Wake up in the morning and check yourself, remind yourself of the goal of the week and the battles that are to come… and if you aren’t doing it? Get your coach and team to give you a friendly kick in the ego.

Action item: “don’t be a pussy, leave your ego at the door and get in the gym to destroy some iron and stone.”

The work: “wake up every day and remind yourself of your goals, your capabilities and where you came from. Discipline your emotions, be mindful of your life, eat well, move perfectly, get some sleep, stay away from shitty scenarios and enrich your surroundings.”

Never stray from THE WAY