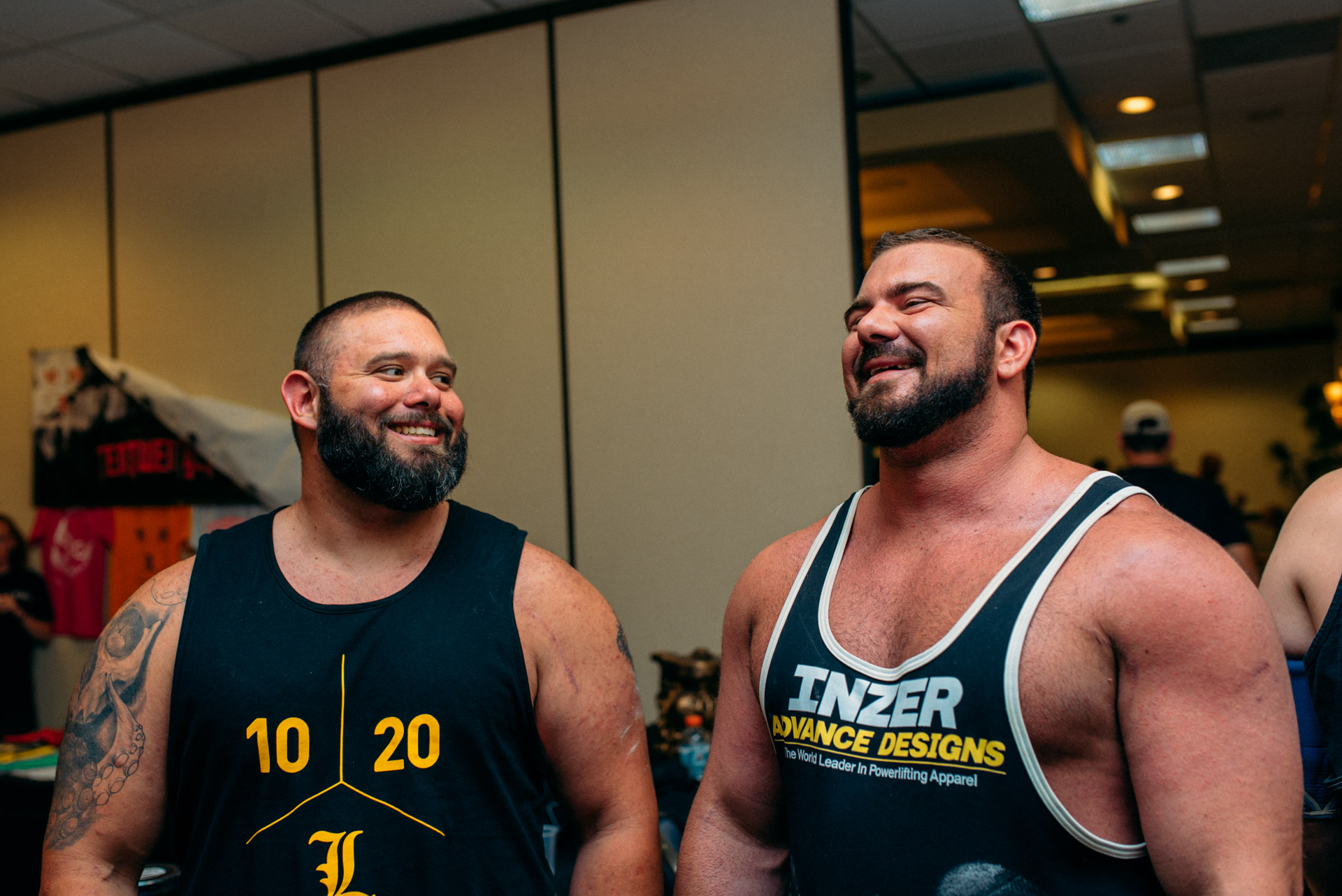 Recently I was thinking about how many meets I’ve done. My first competition was in 2001 in Grand Haven, Michigan and I’ve been competing ever since. I’ve done many meets over the course of the last 16 years. While I’m not sure on an exact number, a conservative estimate would be somewhere over 20 of them. When I think about all those meets, I think about all the amazing things I’ve gotten to witness and I also think about all the strange things I’ve witnessed as well. I’ve seen some very odd behavior, no doubt about it. I thought it would be fun to tell the tales of these events, so here we go…

There used to be an unsanctioned push/pull every summer in Southwest Michigan. My training partners and myself used to do it nearly every year. We didn’t take it too seriously and sometimes we used it in place of a heavy training day, or to see where our strength was going into prep for a future contest. We always enjoyed ourselves. There were many people with little or no experience that would do the meet every year, due to its relaxed atmosphere. It’s always great to see new people entering the sport and you were always guaranteed to see some odd behavior though.

One year I witnessed a man doing his very first competition. He was competing in the equipped division. He was warming up and when he was ready to start some equipped warm-ups, he put on a polyester single ply shirt. After a few sets, he proceeded to cover his entire upper body in baby powder and put on a second denim shirt over the top of it. It took some work by his buddies to get it all the way on. He then went out and bombed because he couldn’t come within 6 inches of touching, which was no big surprise to anybody that knows anything about equipment. 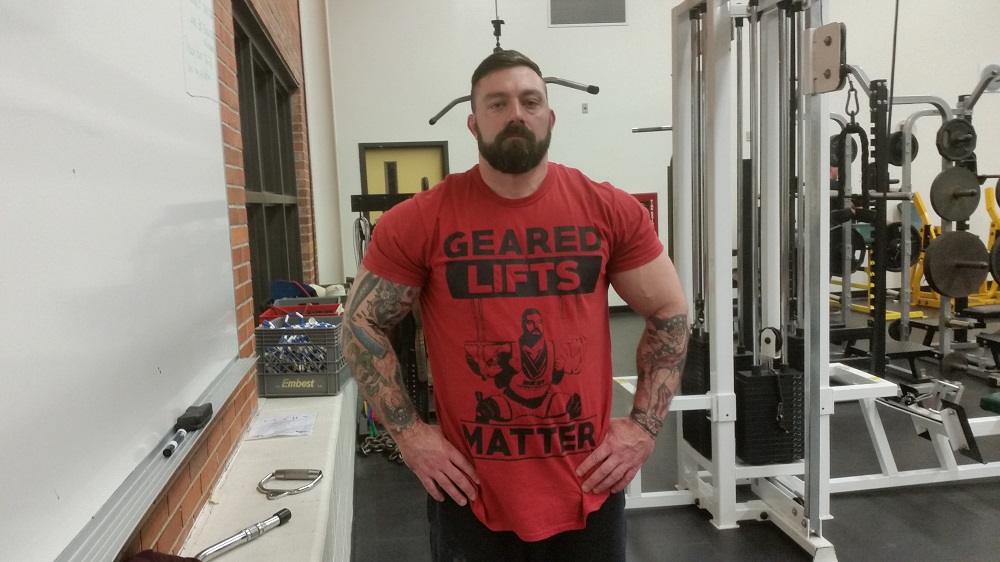 There was another summer at that same yearly, unsanctioned competition where I saw a man that had painted himself green from head to toe. When he was asked why he had painted himself green before his competition, he said he wanted to draw inspiration from the Incredible Hulk. He thought if he looked like him, he would be powerful like him, I guess. It didn’t seem to offer him any extra power though. All it really did was to leave a nice sweaty, green mess on the bench.

Possibly the most dangerous thing I’ve ever witnessed was from that same summer push/pull. One year they had the competitors lift in a boxing ring with the ropes taken down. It was probably 4 feet off the ground. It was super wobbly and moved every time anyone lifted anything, especially during the deadlift. Whenever someone put the bar down the whole ring shook. One of my training partners actually pulled 800 pounds on that day and I thought for sure that when he put that bar down that the whole ring was going to collapse. Miraculously, it didn’t. Thankfully, they never repeated this terrible venue idea. 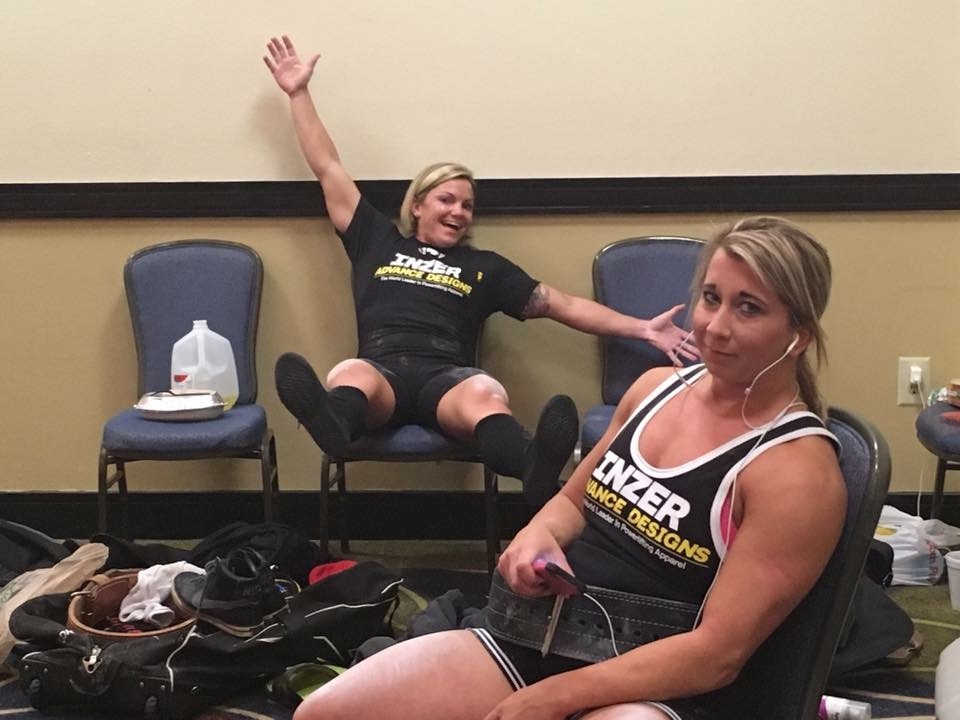 I attended a meet recently where I witnessed a man putting chalk on his thighs and baby powder on his hands before he deadlifted. He actually managed to complete the lift despite essentially setting himself up for failure. One of my handlers explained to him that the chalk goes on your hands and the baby powder is supposed to go on your thighs. He was more than receptive. He had never competed before and he saw people using the chalk and the baby powder around him. He just mixed up which item was supposed to go where.

When I think about the silly things I’ve seen at meets, it makes me grateful to be able to compete in the meets that I do now. Lifting on the stage at the Arnold is pretty awesome, even though I have yet to lift on the Pro Day, which is of course the ultimate goal. It also makes me grateful for the guidance I have received over the course of my powerlifting career. I believe most of the time when people do things they shouldn’t do on meet day, they didn’t have a good mentor, or coach to show them the right way to do things. If no one tells someone the right way to do things, they have to figure it out for themselves through trial and error. Some people find the right path and others don’t. So, if you see people doing silly stuff at meets, if it’s at all possible, give them some good advice. More than likely, they’ll appreciate the advice and if not, at least you’ll know that you tried to do the right thing in passing on your knowledge.

Pick up a copy of the much anticipated Gift of Injury by Dr. Stu McGill and Brian Carroll available now!

Dain comes to the PowerRackStrength Team with many years of competitive experience. He started competing in southwest Michigan in 2001 and has primarily lifted multi-ply since then. He has totaled pro in 3 weight classes; 2304@275, 2435@308 and 2500@SHW. His best lifts include a 1060 squat, 800 bench and 715 deadlift.