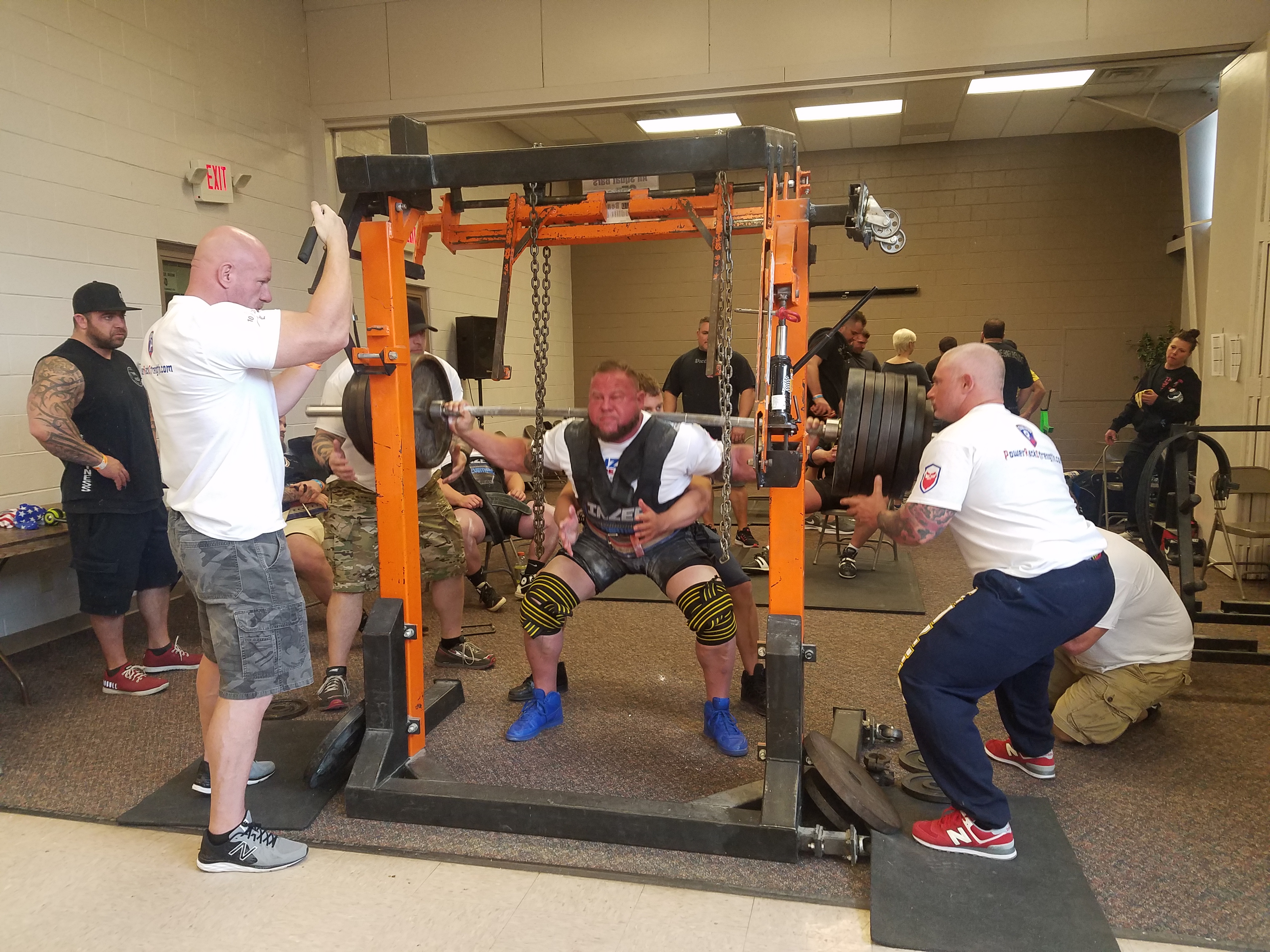 For most powerlifters, someone was there to help us out in the beginning. Whether it was in person, or through YouTube/social media, somehow we learned to become acclimated with the sport. Instagram and social media can only help out so much.  It should not be a primary source of information to beginner lifters. New lifters need help in person, and they aren’t always willing to go out of their way to ask for it. My suggestion is that once a lifter gets acclimated with the sport, and have completed at least a few meets, that they start to “give back” what was once given to them. I’m not saying that as a lifter you need to go out of your way to critique others in the gym on everything they do.  Not everyone is going to take kindly to that type of criticism, and you aren’t going to enjoy doing that chore either.  This doesn’t mean soliciting lifters in your gym to pay for your coaching either.  I see this way too much lately, with guys seeking out newcomers to pay them for their services. Services which, in most cases are not up to par with what a coach needs to be. If you want to learn more about what makes a coach worth choosing, you can read much more in this piece: CLICK HERE. 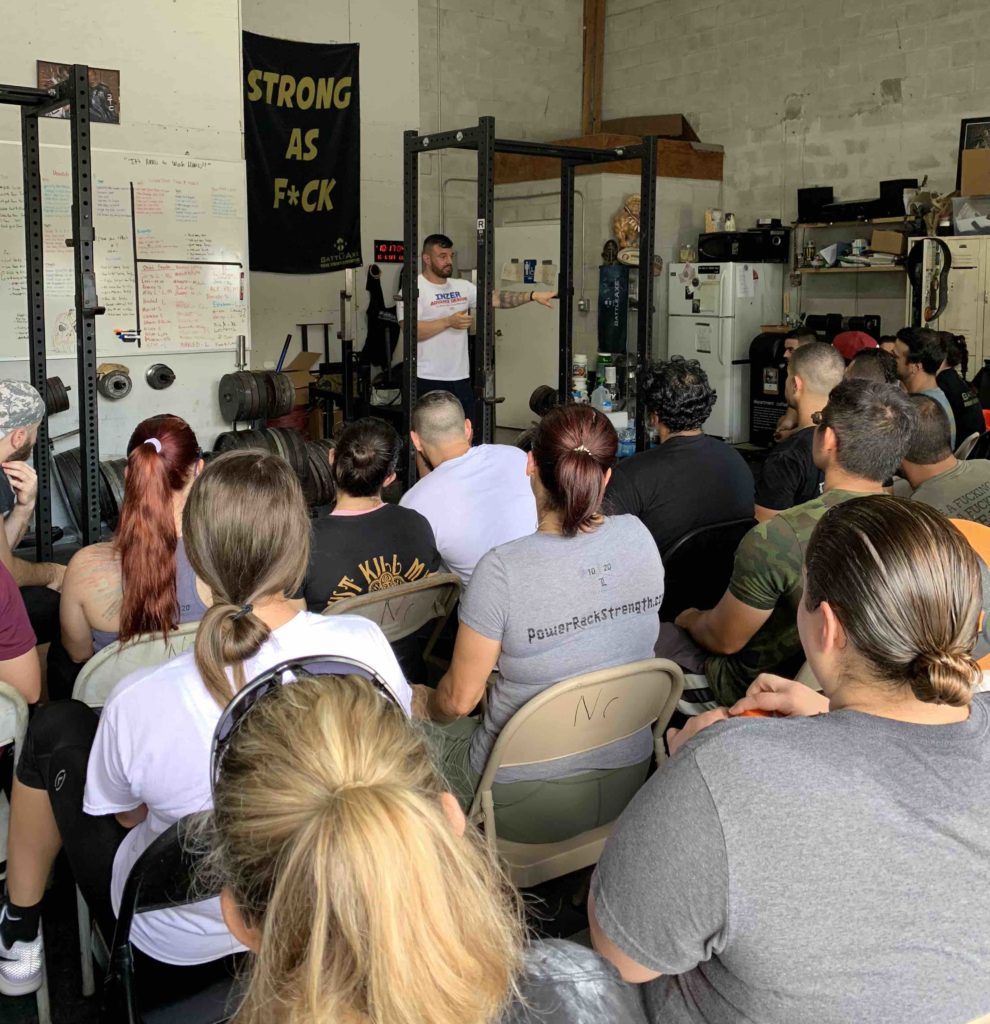 There have been plenty of guys along my powerlifting journey that have given me so much knowledge free of charge, simply because it was given to them. Bert Underwood, Brian Carroll, Bob Youngs, Daniel Tinajero, and many other guys that have been in the sport have helped me out more than they are aware of. Not once when reaching out to them, or them reaching out to me did I feel as if I was bothering or inconveniencing them. They are passing down priceless information that was given to them and giving back to the powerlifting community by doing so. Guys like them make powerlifting a sport I appreciate and am proud to be a part of. In turn, anytime someone reaches out to me in the gym or through social media, I don’t hesitate to answer back and help them out. It doesn’t take too much out of your day.

What I would recommend doing is taking a person under your wing after seeing them show up in the gym frequently. If they have a desire to start or get better at powerlifting and it is within your skill set to help them get there, by all means, do it. A lot of lifters that have been in the sport for a while start to accumulate a decent amount of equipment and equipment that goes unused after we buy new stuff. If you see a beginner that doesn’t have the means to afford proper equipment or doesn’t know about better equipment, donate some of your old stuff to them. Throughout a few years, I have acquired more than ten pairs of knee wraps. I can tell you that at least eight pairs went unused and stored away in the utility room before I started seeing new guys without a good pair of wraps. There were guys in the gym that genuinely enjoy powerlifting that essentially used old ace bandages for knee wraps. Giving them a good pair of wraps I was no longer using went a long way for them and hanging onto them myself wasn’t doing anything at all for me. Hell, even an old bench shirt or a pair of briefs will help out a new guy tremendously, so long as they put them to use.

Helping out the new lifters without knowledge of the sport with equipment and advice will mean more to them than you will ever know. It opens up lines of communication with people that are willing to take notice and lets them know that good people exist in the sport. I feel like most beginner powerlifters see it as an individual activity, and in doing so might never get to experience having fun with it as a group. I can’t imagine what it would be like to train by myself day in and day out, yet I see 90% of the guys in my gym doing so. Have fun with a newcomer. Try to let them train with you if possible and watch their growth increase exponentially. More than likely they will be happy to train with a group, and that helps everyone in the end. Currently, I have a guy that I took under my wing who has increased his lifts rapidly in the last few months. So much boost to the point that I have challenged him to see who can raw squat more at the end of our off-season program. Not only is this helping him out, but it is also pushing me to work harder and perform better at all times. Powerlifting is a lot more fun when you have a good group of guys to train with. Good groups don’t form themselves. Take some new guys and show them the ropes, and you will have a good group to train with and better yourself in the long run.

To read more from Ben and to follow his training as he wraps up his off-season click HERE.  For the best equipment brand in the sport and the only one Team PRS trusts, check out Inzer Advanced Designs.