So 9 days out from the WPC Worlds I received an invite. I had requested to be put on the alternate list for the full power meet incase someone backed out. Well apparently someone did at the last minute. The coach in me knows better, knows that it is a stupid idea, and that I am not prepared for it. My gear doesn’t fit because of all the weight loss, but you know what? None of that really matters. Truthfully I don’t know how many chances I would get to compete in the WPC, especially with it being just 4 hours away this year. Of course that was a big factor for me, but not the biggest. This will be difficult for most people to understand, and that’s fine, but it was something personal to me.

My Grandfather was a major part of my life. Was there through all the sports, supporting me, trying to make my life easier. As a young kid he bought me a weight set, and encouraged me to use it as much as possible. In his later years life was difficult for him. He fought a long battle with type 1 diabetes, and what was thought but never proven to be ALS. He eventually passed away in the hospital of heart failure. There are very few things in life I regret, but not being there that day is one of them. Well nearly 10 years to the day of his death I will compete for Team USA in the WPC. Something in my mind told me that I shouldn’t pass up this chance. So with that said I will give it my best shot, when I tell you that I will give it everything I have, I truly mean that.

In the video you I worked up to a squat opener of 910. Suit is massive so I sent it to a local person to get it pulled in.

Bench I worked up to my last warm up of 675 off the 1 board. Bench feels good, and scary to say its the one I am most confident in right now! 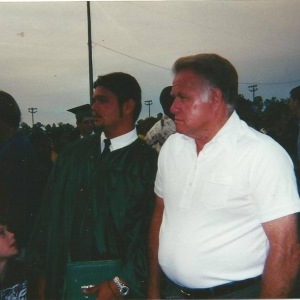