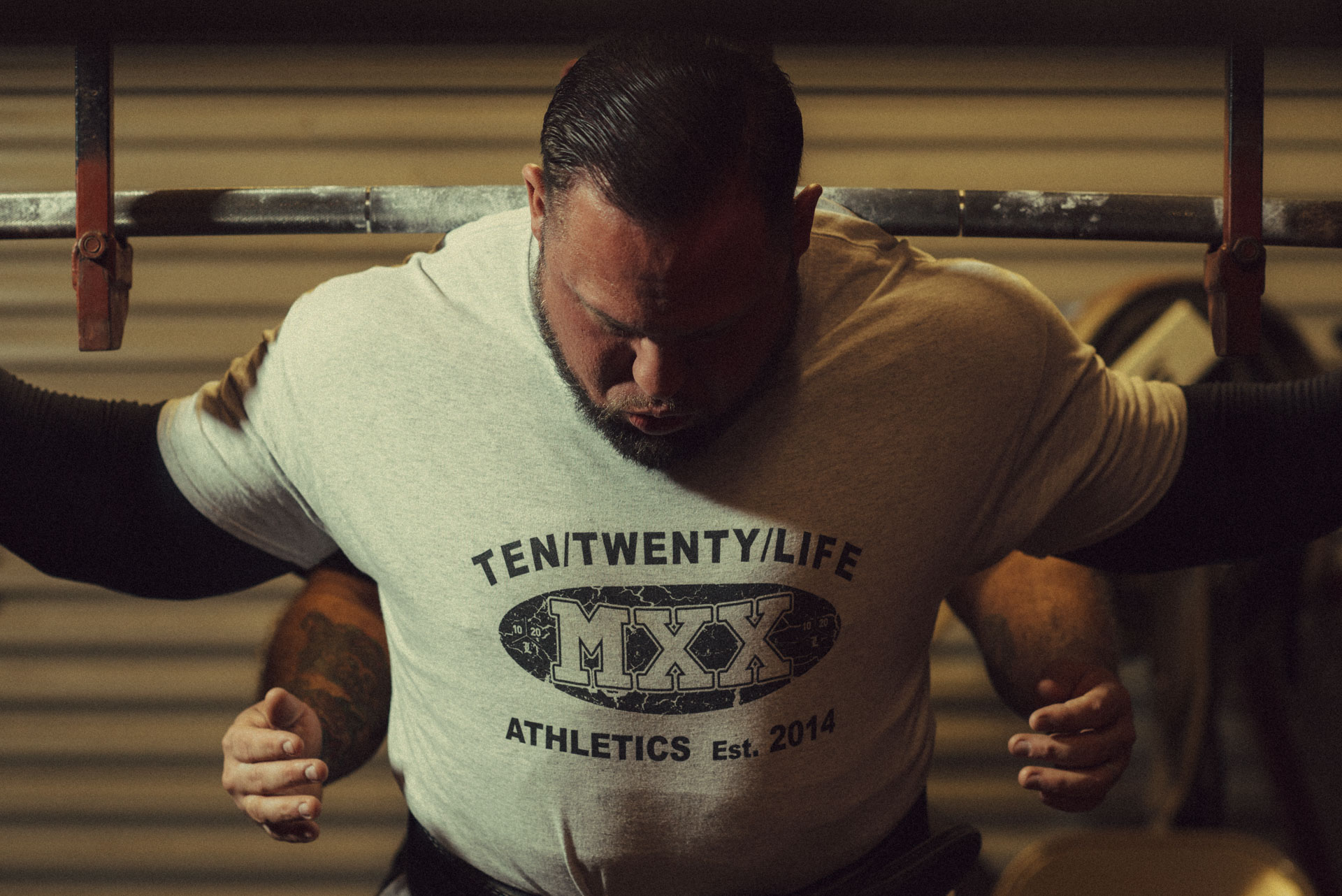 I’m going to be pretty real in this post. If you lift MP or plan on it, I think this might be able to help you, so share this for me. Or maybe you can relate to it. FYI (LOL) – I’m not going to spend a great deal of time editing this post; I wanted to get this up.

I’ll be jumping around a bit but hope to tie this all together as a training log and update, some thoughts about gear, and a few things on my mind. I’ve more of a desire to write lately, as these ebbs and flows. When I’m prepping of a meet, some things/chores/discussions and sometimes writing — I can’t even hardly bring myself to do, while other things that should bother me do not.

That’s fine, but the issue is how inconsistent and distracting all of these trivial mosquitoes are. But it’s just prep. Most of the time, right now, I don’t feel like writing. I’d instead put it off until tomorrow. I have to be in the mood, or just overcome with guilt: most times, both.

After writing my last book with Dr. McGill (2017), I got exhausted from writing and started not to want to do it, then hated it. I worked harder on this book than I have ever worked on anything in my life. Ria will tell you, some weeks; it was 6 am to 2 am writing, editing, and freaking out.  Some days I didn’t; Working on vacation —-But it was worth it 100%. I think I’m over that burn-out now. Just something I thought I’d share. I don’t write all that much but that’s going to change just as soon as I’m less red in the face.

Last week I pushed things a bit after a deload. I took an easy 1065 on the squat, and I got my altered Redline shirt back from Rudy, and it was snugged up nicely. I took just under 800 down to the 2bd for a double. It was light, but the shirt needs to break in, and I have to get used to big weights again on the bench. Fits like a glove, and I like it, but it’s still early before I can say it’s the best thing ever. The SDP is a great shirt, but one thing about Rudy’s gear: It holds together.

I pulled an easy opener off the blocks with 715 on the deadlift, and then I deloaded. My bench needs time so does my deadlift. It’s not bad; it’s just not where it needs to be. I’m not going to get spastic about it.

After my deload, I worked my squat with straps tight to get used to pressure with 915, and it felt good. I need to get used to this. I’m wearing a super tight combo that should be stopping me that high at 915 if I want support at 1200+. For many years, I was stuck in limbo – I couldn’t get too big because I wouldn’t make 242, but that also means you have to hold back your strength too and reset your focus to different numbers. I got obsessed with always trying to get as low as possible with light weights when if the gear is going to help me (more) squat big weights, it needs to be more cumbersome. Especially if its 300lbs less than my goal. This is walking a tight-rope just like all Multi-ply.

Being 3.5 weeks out and overall spending less time in the gear, it’s now it’s more of a crunch time than I like, so the squat is the focus. I’m taking my time for the reasons I’ll list below, but I’m always experimenting and feel my best numbers are ahead, not behind me.

It’s going to be a process converting over to OK gear, and I have to be realistic about this process. It’s not so much different than the other times of conversion, but now I’m watching the details more and being more patient. I used to try to rush this process, but at this point, I’m in no hurry. This year has been an off-year for a lot of people, so it’s just not an average year. That’s all I got. The way the LUP made the fitting of a squat suit was super convenient. I still think it’s a fantastic suit for low to mid-level lifters. But, I don’t know if the convenience hurts performance. Inzer would say no; others have mixed thoughts. Many love their LUP. I was willing to try everything – and even ordered an OG Leviathan and never received one after my last visit from Hoff early this year. When I first got back with Inzer in 2015, I couldn’t get one either, so I wasn’t surprised when I didn’t get one this time. Inzer was very good to me, so I never wanted to be too demanding.

Was I giving up lbs? Some say I was; I had many people tell me to get in an OG Leviathan, including Dave Hoff, every time I saw him. Rudy swears I was giving 100lbs up.

That said, I’m becoming more comfortable in my squat gear, and I hope to attempt and make 1200+ in this meet finally. I’ve taken it with RB in the gym in 2012, but not without or at a meet. We will see between the added bodyweight, and some stance and gear tweaks.

I am looking forward to a big squat this weekend with some friends! I plan to get it all dialed in, so look for a write-up soon. Promise.