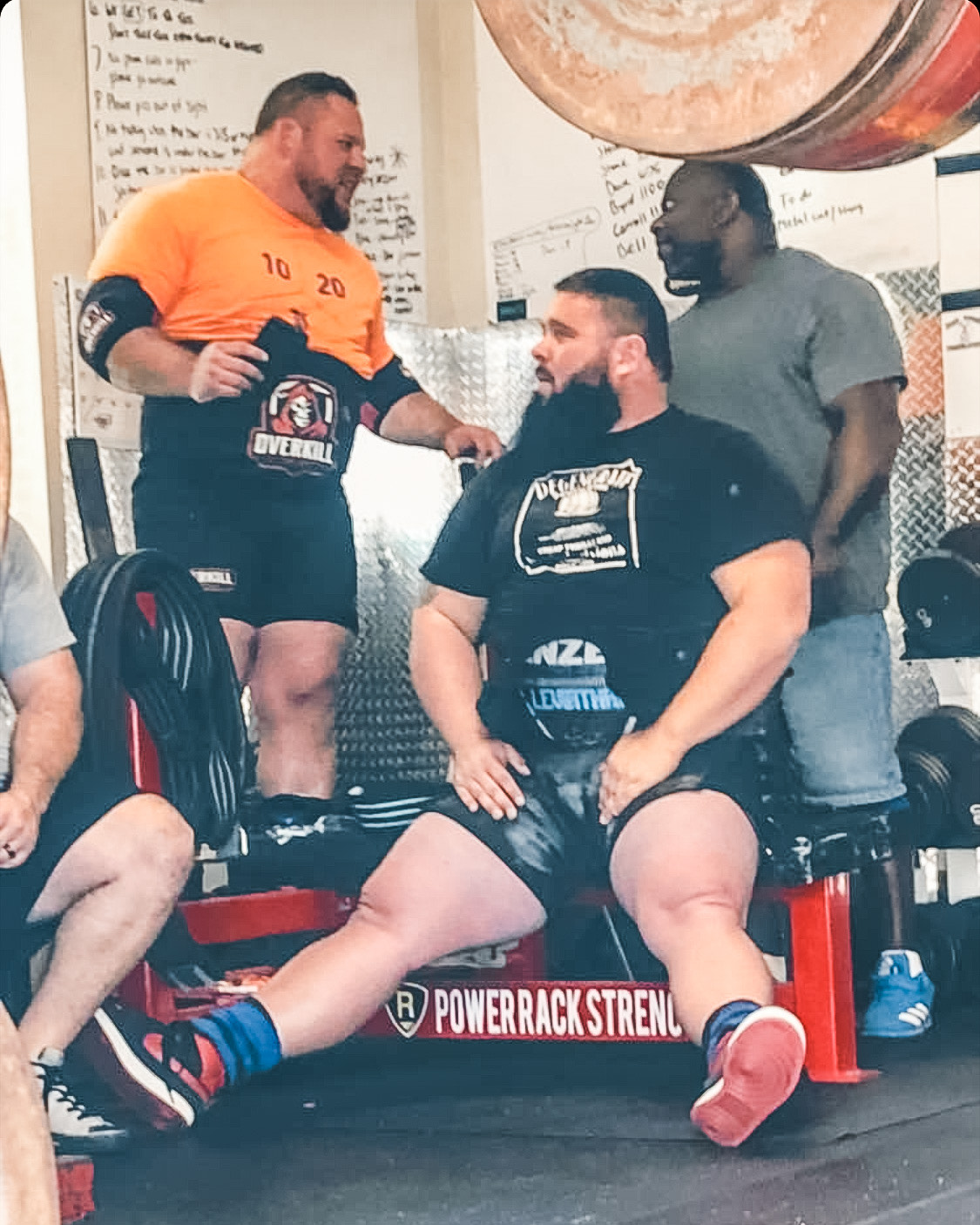 Byrd and I first met Dan Bell at the 2015 RUM and then ran into him again at the 2016 US Open. We’ve always had a good time, and everyone knows how strong Dan is. He’s also a super cool dude and funny. I think a bunch who lifted this weekend will be doing the Perfect Storm meet in Daytona July 25, I’ll be doing at least squat only.

He’s been wanting to get into gear for a little bit, so after a couple of weeks with the perfect Storm crew in his briefs, he wanted (I asked him) to come up to Jax to get a session and see where we all landed in wraps and briefs taking big singles. 1100 or more was the goal.

Byrd got wind of this and decided to jump in as well; JB was wanting to come up to meet the girls anyway, so it worked out perfectly.

I didn’t update my blog last week, but I took another big cambered bar set with even more bands. 800+ bands to be exact, so I was going to push one more week before deloading, so this worked out perfectly.

As I’ve put out there recently, I have decided to step away from my Inzer sponsorship, and want to explore other options. I want to take Inzer for all of their support over the last 20 years, but it’s time for me to go a different route. I can’t overstate how much they have helped my team, my lifting, and my business during our time together. So, thank you. I will always endorse and refer people to Inzer because I believe in their products. But, in my current case, I need to try some different cuts, fits, and makes, and this is something that is not available to me at this time.

Currently, I’m playing around in some OK briefs and wraps, which I do really like as the briefs were made for me, as Rudy required 13 different measurements for the briefs. I think some people underestimate how important this can be, just as I have.

So, we shall see how it goes. I am open to anything and plan on having fun with this.

So Saturday we squatted heavy. We had a full house, and I want to thank my awesome Wife for allowing all my boys to come and train on Mother’s day weekend. Ria is the best mother and wife anyone could dream of, and those who know her, know.

My team has some new converts to gear, so that was good to see Steve and Dave ramping up and going over 700 for the first time. Shane Ford is getting so dang strong, too, though he only went to about 765.

Byrd ended up around 1045 with his straps down after taking 1025. He looked good and will be working on his unrack with the straight bar the next few weeks.

I took 935, 1025, and 1105, before taking Blue’s advice and getting one more in over 1100 with 1115, to force Dan to take another one, maybe two more if I went again. 1115 felt better than the other ones, I guess I caught a second wind. I need to work on sitting back faster and adapting to my wider stance, which feels good once I get it out of the rack.

We have some video, but I need to go through and find it, regardless, a great day. Also, I think my best squat in briefs was around 1000 prior?

More to come this week! Huge thanks to Blue for the handling, and Shane for the wrapping, and the rest of our team for the help spotting and loading. 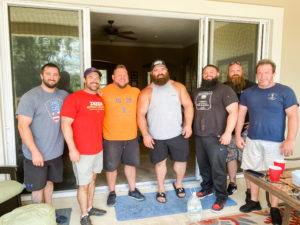