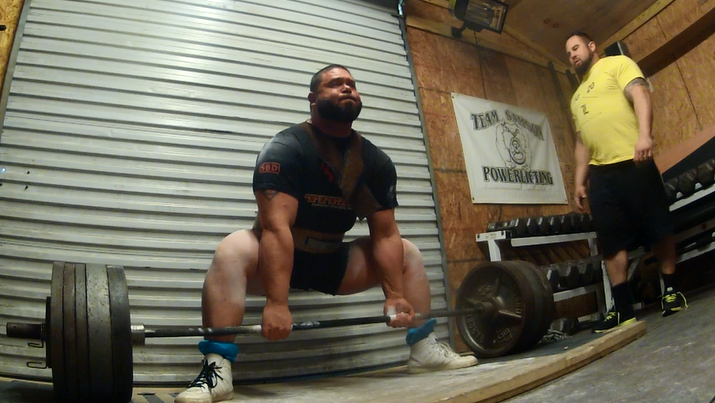 I have been on a rollercoaster as of late, lots of ups and downs, highs and lows. In reality though nobody really gives a shit, there are some things in life you just have to figure out on your own and push forward. Since the Arnold my bodyweight has worked down to 260lbs. Now I have no idea when the last time I was this light, but I am pretty sure it was in the 90s haha! With that said I got with Scott and Brian and worked out a plan to see what and where I can take my body to. The next few months will be interesting as I try to finish the change from a fat 308 to what I am not sure yet.

If you have kept up with my log you know I partially tore my left bicep at the Arnold. Obviously I will have to take a few more weeks away from deads, but it doesn’t mean I cant squat. I have a few things that I really need to focus on with my squat, and now is a good time to fix it. Hopefully I can make the adjustments and get back on track.

Yeah I suck at reps, went home and threw up three times before I even made it inside. I have a lot way to go to get into shape!