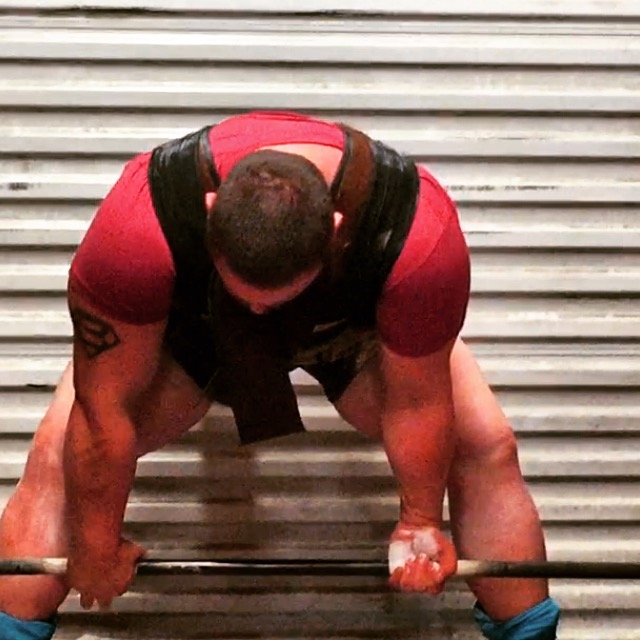 Life has a way of just kicking you in the nuts sometimes, but its like I said in my article its just a knife fight in a phone booth. You have to find ways to make it work. I have been lucky to have some people to keep me focused and work through these injuries and outside distractions. Bodyweight has stayed steady between 255-260 for a few weeks now. I am getting to the point where its time to head back to big boy land, if it was up to me I would already be heading back. Lucky for me I have people I trust and ill wait it out like they ask (hate it when they are right)! So until then ill stay on diet and hold off on additional vitamins.

Now as far as training goes this was my first time doing any deads since the Arnold. Also since then I have figured out what the hell is wrong with my squat. I have something going on in the lower right side of my back. I have added in additional bird dogs and it is starting to help out. 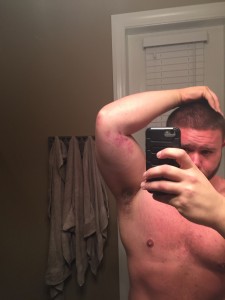 McGill Big 3 for warm up

A ton of bird dogs to finish. My back had gotten tight during the deads, but I assumed it would. The good news is the bicep felt no real pain, and will be ready when I am ready to kick this thing back in high gear. At 31 I should have a few years left of lifting at a high level, but I dont want to leave this sport or my life that matter with any regrets.

“Sacrifice or regret, pick your path. With either path comes pain, but with sacrifice the pain is temporary. Regret, that’s for life.”