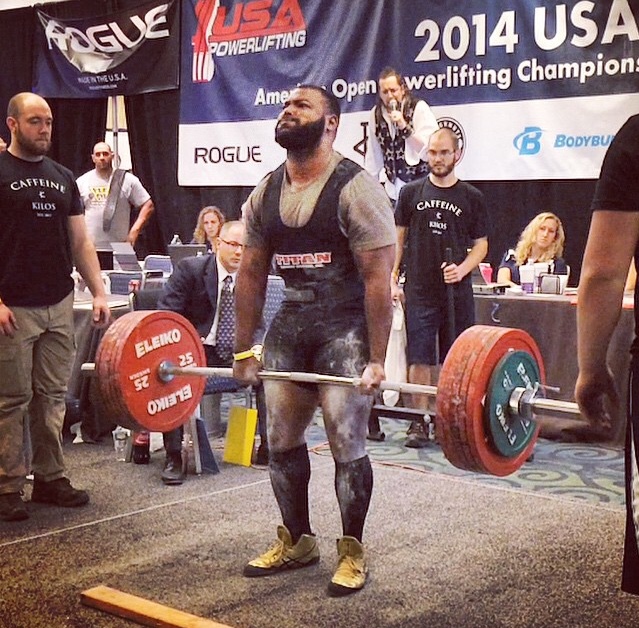 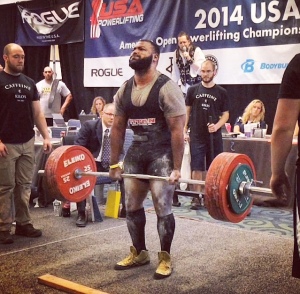 First I want to say congratulations to Robert for an outstanding meet. He went 8-9 with 656, 424, and a 650 deadlift to win the 242 class at the USAPL American Open. Robert’s only miss was a 440 bench that was just in a bad position. I spent my Sunday watching the live feed and texting back and forth with him about attempts and coaching cues. Robert is a meet day lifter, there is no question about it. When he hits the platform, it is a completely different person. His form rarely if ever breaks down, and does a great job of simply being coached.

So now for my screw ups!

I have known Robert for years (since he was in high school) and have coached him going on two years now. If you know Robert, you know he changes his mind more than most people change their underwear. With about 6 weeks out from a meet Robert decides he wants to switch and do a USAPL meet at the same time frame. Normally would not be an issue, but we had been working in wraps for several weeks. I would love to give him all the blame for this, but the truth is I wanted him to compete there. Honestly because I wanted him on a more even playing field.

Mistake 1: I failed to get him in proper condition for the meet. The USAPL is a slightly different world than the rest of powerlifting. They ran that meet like a well oiled machine. From start to finish for his flight he was done in less than 3 hours. By the time the deadlift rolled around, I could see in his face he was just trying to finish. I will not make that mistake again.

Mistake 2: This could have been bad, luckily it wasn’t. I really did not anticipate their bars causing this much of an issue. USAPL uses the same bar for all 3 lifts, which really isn’t that big of a deal until the deadlift. I have no idea what the hell that bar is made out of, but there is ZERO flex! Not much either of us could do to simulate that, but I will come up with something this next meet.

Mistake 3: Robert is a fat kid at heart! We normally make a nice size weight cut to lift in whatever class he is going to. This is a major advantage, don’t let anyone else lie to you! Well with a 2 hour weigh in, you can forget that. We dieted Robert down over the last few weeks to make weight easily. I brought him in a little too light, and we should have been training at that weight before hand. Lesson learned, don’t be too fat too close to the meet haha!

It is the little things that allow you to improve from meet to meet. This applies to both lifters and coaches. This was simply a test to get both our feet wet, and make a run at competing at the IPF level in the near future.