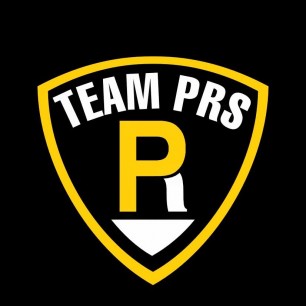 Let’s talk numbers: Who trains two to three times, runs a 40-acre farm, and works 50-70 hours each week? That would be PRS team member Zane Geeting. You’re probably thinking the same thing that I was after interviewing him – “how the hell does he do it?”

The 32-year-old pro multi-ply lifter lives in Beaverton Township, MI with “his lovely wife” (it’s in quotes because that’s what he said…you’re welcome for the brownie points, Zane) and is the General Sales Manager of a car dealership about 45 minutes away. Geeting has been in the car business since 2004 and has worked his way all the way up from sales to management. Some of his workweeks require 70+ hours, as he is responsible for everything that it takes to run a profitable business as efficiently as possible. As the man in charge, he’s moved away from a commission-only paycheck. Sounds good, right? Let me reiterate…50-70 hours. It is not uncommon for Zane to work every hour that the dealership is open for multiple days at a time. “I signed up for it and knew what I was getting myself into,” Geeting said. “And I’m glad that I did. I’m a capitalist through and through, and if I get rewarded for the work I do, then I have no trouble doing it.” He went on, “You get what you give”. 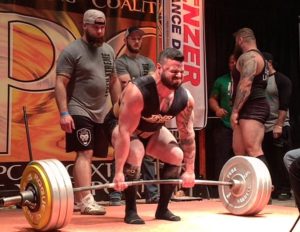 But that’s not all. He and his wife, Tuesday, have a 40-acre hobby farm that they are working to get up and running as a full-time farm producing pastured chicken, pork, beef, and eggs. Growing up in a farming family with their houses separated by his uncle’s fields, Zane wanted nothing to do with the lifestyle. He even moved to the city to distance himself from where he grew up; as he got older and subsequently more mature, he realized just how much he missed those things and began to truly understand the value of the self-sufficiency that maintaining a farm provides. Eventually, Geeting bought some acreage in the country and began his work as a farmer. “Next to marrying my wife, this is the best decision I have ever made in my life,” he said. (You’re welcome again.) “It is a rewarding feeling that I cannot describe to someone who hasn’t done it. I can’t believe, looking back, that I ever wanted to be away from this lifestyle.”

Wait, there’s more. Zane and Tuesday are also in the middle of renovating an 1875 farmhouse. His wife plays a large part in keeping his life balanced. She is just as motivated and driven as her husband is – in addition to having a schedule just as demanding – and works with him on everything. He describes her as the most amazing person that he’s ever met. “She trains with me, works with me, cooks my meals to help me keep my diet in check, and the list goes on,” Geeting said. “We love spending time together even if it’s digging a ditch instead of going to a nice dinner. Lucky doesn’t even begin to describe what I got when I snagged this little lady.”

So where does powerlifting fit into all of this? Zane started competing after high school in the 181 class. Ranked as high as 15th at 220, he competed raw for several years before doing some equipped bench-only meets and finally transitioning to equipped full meets. Training got serious in 2009 and he earned his first pro total of 2150 at 220 at the SPF Pro/Am. Unfortunately, however, he ruptured his right pec beyond repair shortly after and has been unable to bench properly since then. He recently returned to competition after a long two years off at the XPC finals at the Arnold Sports Festival earlier this year, where he totaled 2100 at 220. “I used to compete four to five times a year,” Geeting said. “Now I’m down to two times in an effort to stay healthy and keep balance in my life.” His best lifts include a 935 squat, 625 bench, and 765 deadlift. 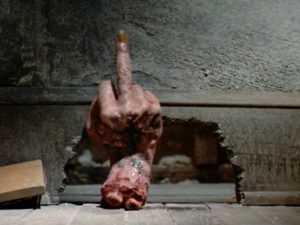 What about training? Zane trains twice weekly and bumps that up to three times in the winter as his farm work slows down. He trains at a small, private gym about half an hour away from where he lives with a group of lifters who all have elite or pro totals. Zane uses the 10/20/Life system to provide flexibility in his training in order to maximize his two training days as much as possible. He stresses the importance of addressing weak points properly and increasing work volume on his two scheduled days. In addition to having a small group of online training clients, Geeting handles his offseason training but has Brian Carroll’s help when preparing for a meet. “He has been very good with helping me work around my schedule,” Zane said. “He has been a great coach and an even better friend.”

I still haven’t answered your question. How the hell does he do it? Geeting admitted that there are only so many hours in a day and sometimes some things have to take a back seat to others. Each day he learns how to balance his life and prioritize what gets the most attention at what time. In the summer when the farm work is heavy, he doesn’t compete at all. When the farm work goes into a maintenance stage in the winter, time is made for competition and training is taken much more seriously. “The biggest factor in making this work is having a schedule and sticking to it,” Zane said. “I make a list of things, in order of importance, that I need to get done. It’s all about having priorities and sticking to them.”

So what does he have to say to people who are “too busy” to train? The one thing that he wants everyone to know is that if you want to do something badly enough, then you can do anything. “Most people who think they are busy have no idea how much time they waste,” he said. “I’m not saying everyone should do what I do. There is probably a part of me that’s a little off – obsessive if you will. I definitely go all in when I start doing things and lifting is no different. I don’t have time to train either. I make time.”