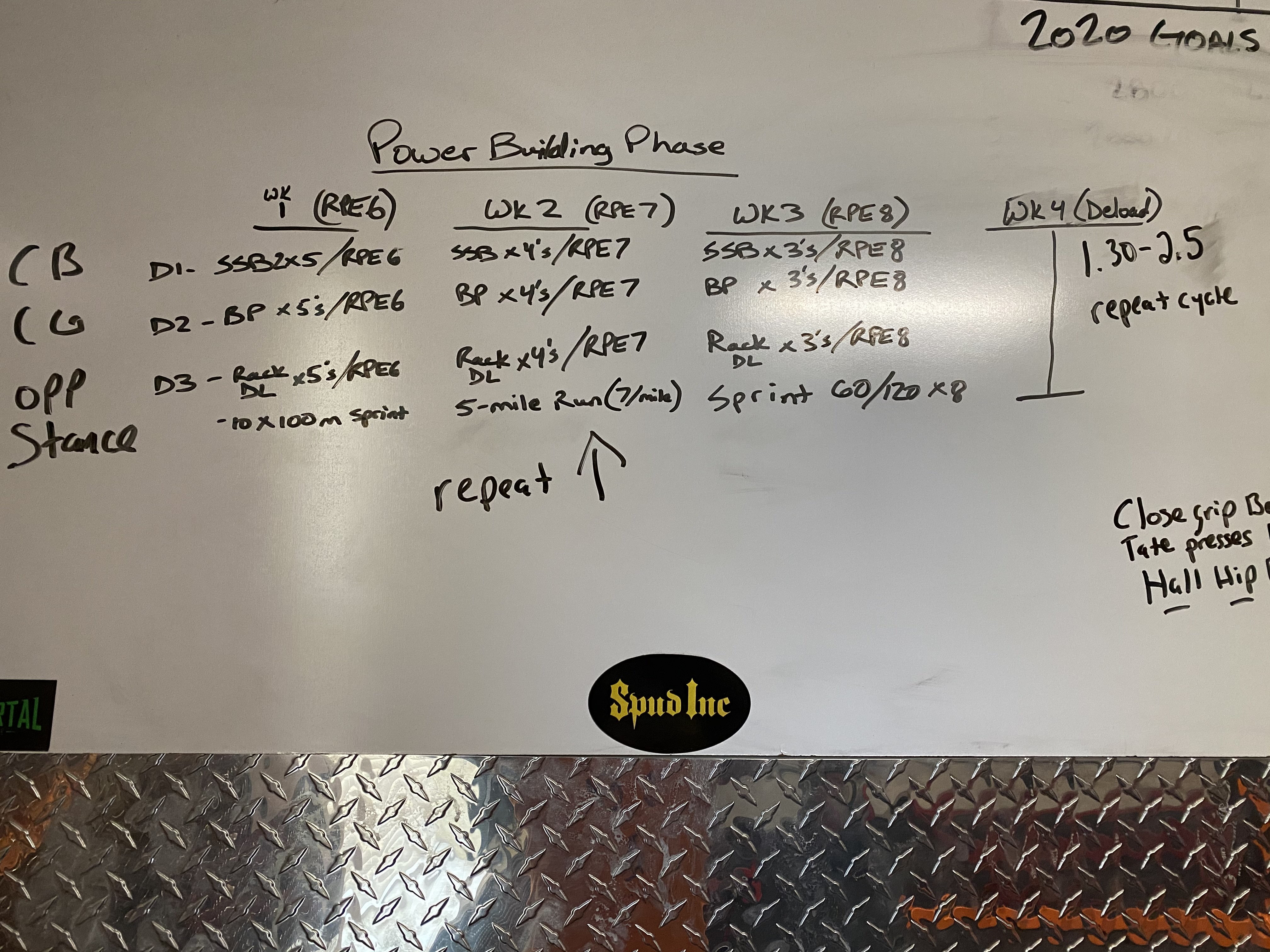 I know I said that I would be better about updating my blog, and it was a half-truth. I’ve been doing updates but NOT about my training, more so rants.

The first phase prior to deload was SSB, Bench press, and block pulls (shown above in pic), the second wave is now Cambered bar, CG bench and opp stance pulls.

I’ve gotten my diet back on track, the key with that is really not wanting to be fat, and not keeping junk food in the house.

Also, I’ve been busy working on something special with some special contacts that I have. I can’t say much yet, as it’s not for sure, but I’m trying to bring a high paying invitational powerlifting meet, that only the very top echelon of lifter will be invited to.

This meet will include covering all expenses: first-class travel, food, board, VIP treatment, and NO entry fee. If I have my way, everyone who is selected and enters gets paid just for showing up. It will be held at a special location and will be unlike anything tried before. Maybe something similar in 1975 in the IFBB, but nothing in powerlifting.

This meet is not intended to be anything like the WPO (people have asked), or anything we have seen. It’s an invitational only type of competition. No dilution, no slipping in after one big meet.

And my goal is to bring the top level of lifter from each platform. Beginning with the most simple of lifts: the deadlift. Raw, equipped, semi-raw? You have to have the backing and support, and this is nothing new, I’ve said it from the start about the WPO. You will NEVER get who you want without big cash.

Again, this is nothing like the WPO, and will not take place in the states. I’ve voiced my opinions to the WPO in the past, as well as plenty of time publicly. We have completely different end goals and the model is different, so there is very little common ground to start with. To me, it’s not it. Far too many qualified lifters, not enough top talent pulled in. The numbers are clear, this is not the way.

I’m saying this so I don’t have to hopefully answer this too many more times – this is not my venture, I’m only part of it.

How does this get done? Lots and lots of hard work — We will see. So far it looks potentially promising for something this fall. But it’s certainly not official. More soon.