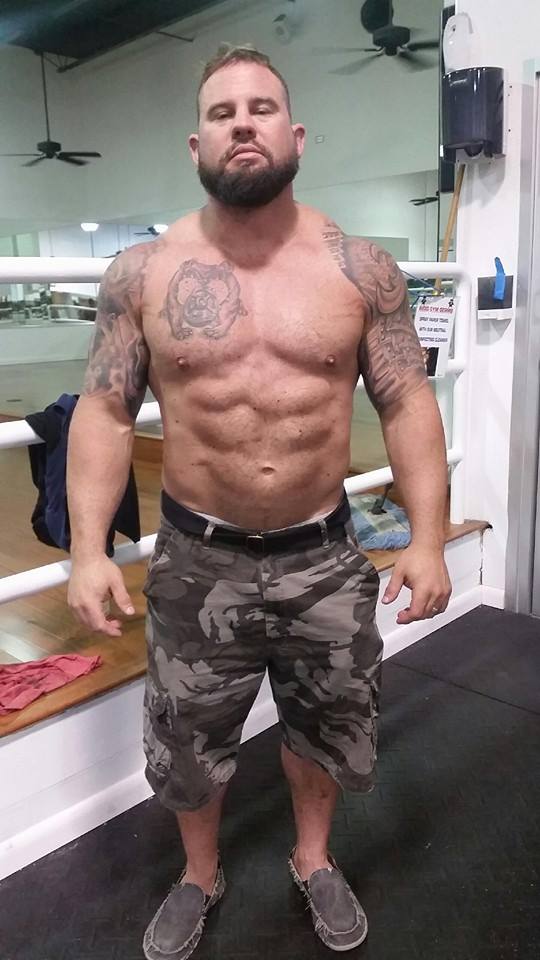 I wrote a little bit about the weight cutting process and putting it back on in my last post. This is something that I used to do a lot of and really do NOT enjoy doing anymore. I’ll get to this a little later, but I’ve done it so much that I truly hate it, but it’s part of the game.

The rehydration went well and I had zero cramps or stomach issues throughout the day of laying around and recovering, this was unusual for me, but a good thing.

To see how I did both the cut, and how I blew back up to 267+ get the guide here Cutting Weight ebook

I trained at about 263-267 throughout the cycle and made it up to 269 before bed. I didn’t have to force it too much, but made sure to eat and drink every time it came to mind. I think this is very important to a successful weight cut.

I woke up the next day at 267 and thought it was perfect. After eating breakfast, we headed over to the gym where the meet was being held. It was an RPS meet, which I do like and think It’s a great federation to lift in, but that’s my opinion. Shawn Knowles was the meet director and even thought a small meet, we had everything we needed to do what we do. The judging was good as Bert Underwood and April Mathis were in the seats and held it down all day. Mindy Underwood ran the table and kept everyone in check all day.
I was lucky enough to have a GREAT support team of JB, Paul Key, Adam and Jamie Driggers, Kenny, my Wife, Kieth and Kim Price, Clint Smith, Jordan Wong, Chad Walker and others there to help and do whatever was needed. I’m very thankful for this. I’ve been lifting with Adam and Co. for a long time and this sport is nearly impossible to be good at by yourself.

My goal going into this meet was to 1. Finish 2. Be able to pull 3. Total something decent and have something to build off of. The 2014 Arnold was very disappointing to me for a few reasons with the biggest one was not being able to pull. Physically not being able to get down to the bar to pull was pretty hard on me. I had come so far, but still couldn’t get the deadlift right.

The silver lining was the takeaway from the Arnold weekend. What else needed to change? This was also a process that I had to sort through over the next few months, but it ended up being that I needed to have more time to heal and I needed to slim down some. A few had suggested this, but it was something that I didn’t want to do unless I had to and I didn’t want to change very much since I had come so far. The problem was I was missing something and the extra bodyweight I was carrying – 293 at heaviest was the answer to my problem.

Bob passing away made me realize that I was unhealthy, and it kick started the process of getting better about everything I did, including my diet. This was the missing piece of the puzzle and as I came down in weight, I felt better and better. My back didn’t bother me on bench anymore and I could actually go through a full session of bench without any awkward tightness or pain. I realized this is what I needed to do even if my strength suffered some. So I slimmed down 28lb over the next 5 months and went to work.

Going back to the meet and goals: I traveled a lot prior to this meet, and I would not suggest this to anyone but it didn’t change my mindset or goals – get through the meet and be able to pull, and total something decent.
In the back of my mind, I had the 2600 total that I wanted and had chased in my last run at 242, and knew I would need to hit some lifts for this to happen. I also knew that the total record was 2695 and squat record was 1140, which I knew was doable on a great day, but was not expecting to hit either number. My best prior total at 242 was 2570, which was a top 5-6 total ever, but I knew I could better that. 2600 is a number that ONLY Hoff, Frankl, Panora and Juha have ever hit at 242 or below. I don’t mind being the worst lifter of that group because at least I’m named with these 4 great lifters of this era. I’ve competed with and against these guys many times over the years and always enjoyed it! Much respect to all of them. The 2600 would move me up a spot of two in the all-time list, so that was a plus too.