27 Dec The Most Widely Abused Drug on the Planet

We all know of addictive substances that have wreaked havoc on our loved ones – alcohol, tobacco, prescription drugs, illicit drugs etc. But have you ever considered how addictive food can be to us as humans, even subconsciously? Food (especially junk food) is a GREAT stress reliever!

Food is highly addictive to many, readily available, encouraged, legal, cheap, and is akin to a DRUG that can eventually kill you if you let it.  Don’t believe me? Research the healthcare system in the USA and how much money is spent a year on obesity related illness and care. It’s in the billions.

Don’t get all sensitive on me here – I’ll get to the performance aspect in a minute.

By making certain food choices, you are programming your body to: 1. be a healthy and very efficient running machine, 2. a machine that runs just OK (like I used to do), or 3. one that is programmed to collect as much adipose tissue as humanly possible, and work against itself from the inside out.

For the longest time, I had a pretty unhealthy relationship with food (not too bad, but not optimal).  I’d have binging sessions (no purging) – $24 at taco bell, 60 chewy bars from Costco in a matter of days, Gallon of chocolate milk in a day, notorious Oreo binges, 10 ego waffles with syrup and peanut butter in one sitting after dinner and I can go on and on – you get the point.  It’s is a slippery slope and being a big guy, it’s acceptable by many. This does not make it right. 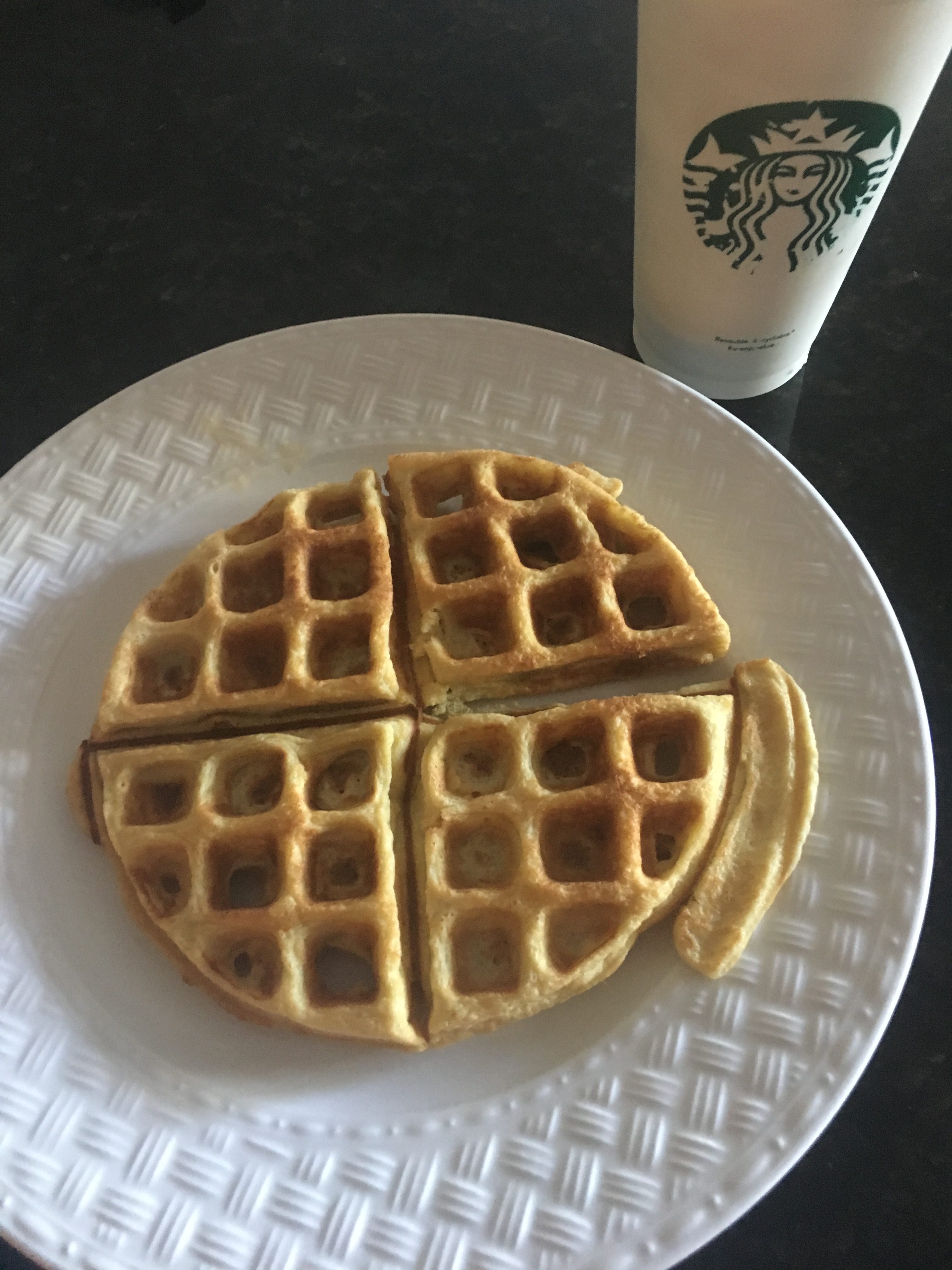 The key, and what made this so bad is this:  I’d want to punish myself with less food the next day when I’d be heavy, diuretics, or sweat sessions to pull the swelling off if there was a lot of bloat. Day to day, I would make myself eat foods that I ‘knew’ I needed, but then would barely eat just enough good food, then I’d pig out on processed carbs just because I craved them so bad. For instance, now I eat 12-28oz of red meat at a time, and less than a cup of rice in a sitting. Prior, I would eat 4-5oz of meet just so I could eat more rice/carbs with dinner.

I was addicted (I use this loosely) to junk food, but it wasn’t at the point that I’d go off the wagon at all times, just on occasion when I’d let myself. For the most part it was pretty controlled, but the urges and cravings sometimes would be almost impossible to ignore.  I can remember many times while in meet prep and watching my weight, I’d take an inventory of food that I’d eaten that week and realize that EVERY SINGLE DAY I had some sort of junk good – chips, ice-cream, cookies, cereal, cake, sugar soda – you name it, something every single day.  This was when I realized I needed to clean things up a bit.

I needed to make some changes and this came in the perfect form – KETO.

What is a keto diet? A keto diet is a low carb (under 30g a day), high fat (300g for me), and moderate protein (about 200ish or less) per day with most of your food sources being red meat, sausage, eggs, avocado, butter, coconut oil, bacon, chicken thighs, seafood, green veggies and some cheese and nuts here and there.  The break downs are usually something like 80% fat, 15% protein and 5% of less carbs. 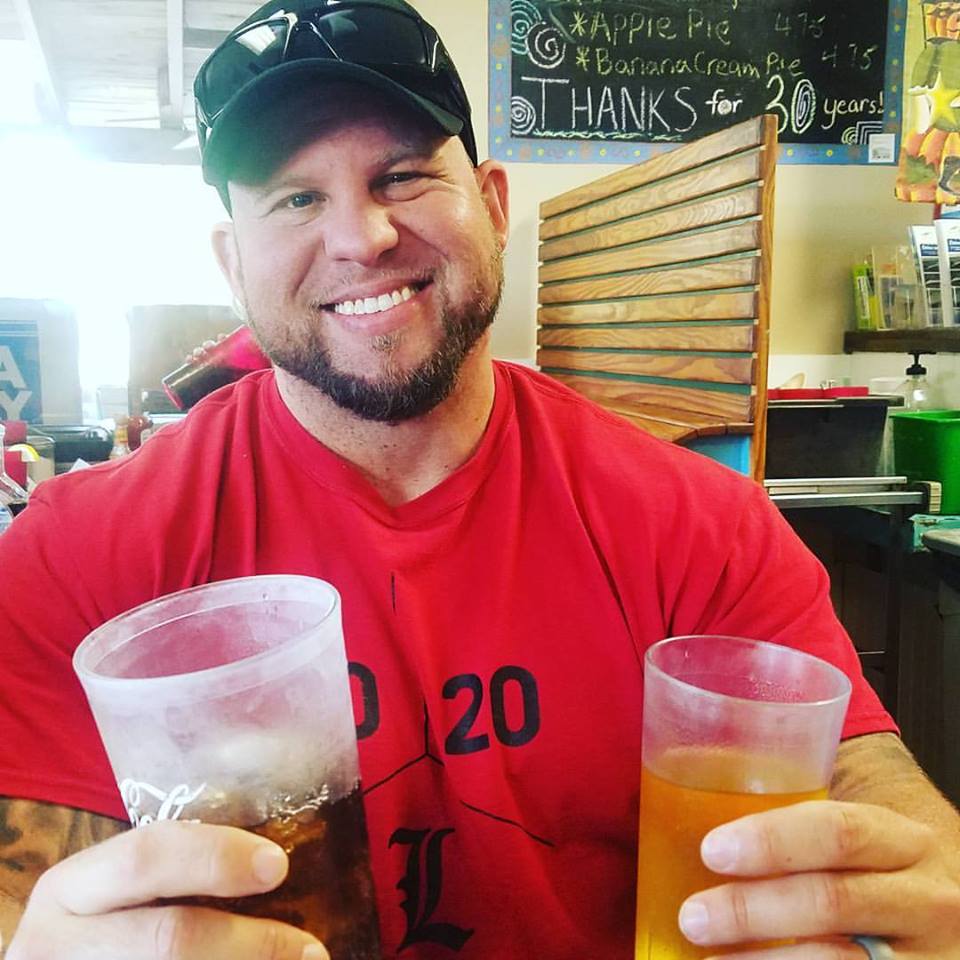 In early July of 2016, on a whim, I decided it was time to experiment and at the very least cut down some inflammation in my body (I’d just finished pushing 3 meets in 3 months and a total of 6 months of hard training) lean up some, and get away from all of the carbs I craved ALL OF THE TIME.

Danny Vega was already a month into Keto and was loving it, so I had him write me a diet just to try. I was in a phase of light training so it was perfect to experiment. NOTE: as always never experiment right before a big meet, or competition!

After about 2 weeks of running a true Keto diet with NO re-feeds or cheat meals, a few things stood out to me:

All of these to me were very big, but the biggest “aha” moment was realizing how little “good food” I was eating at certain points when prepping for a competition. I also realized how I was simply substituting out good fats and protein i.e. a 28oz big Porterhouse steak for the smaller kiddie sized portions that I formerly would eat with around 6oz of meat and 80-100g of carbs – all the while only worried about what was for dessert. Anyone else been here? I was simply lacking some much needed discipline.

This was a huge eye opener to me and has been something that I should have been doing much better with since it’s my choice as to what I put in my mouth. I was clearly not doing my best and immediately wanted to remedy it. Remember, your diet and supplements are 100% in YOUR control, unlike many other things that we are involved in i.e. training (to an extent), rest, recovery etc. – when life happens to us. 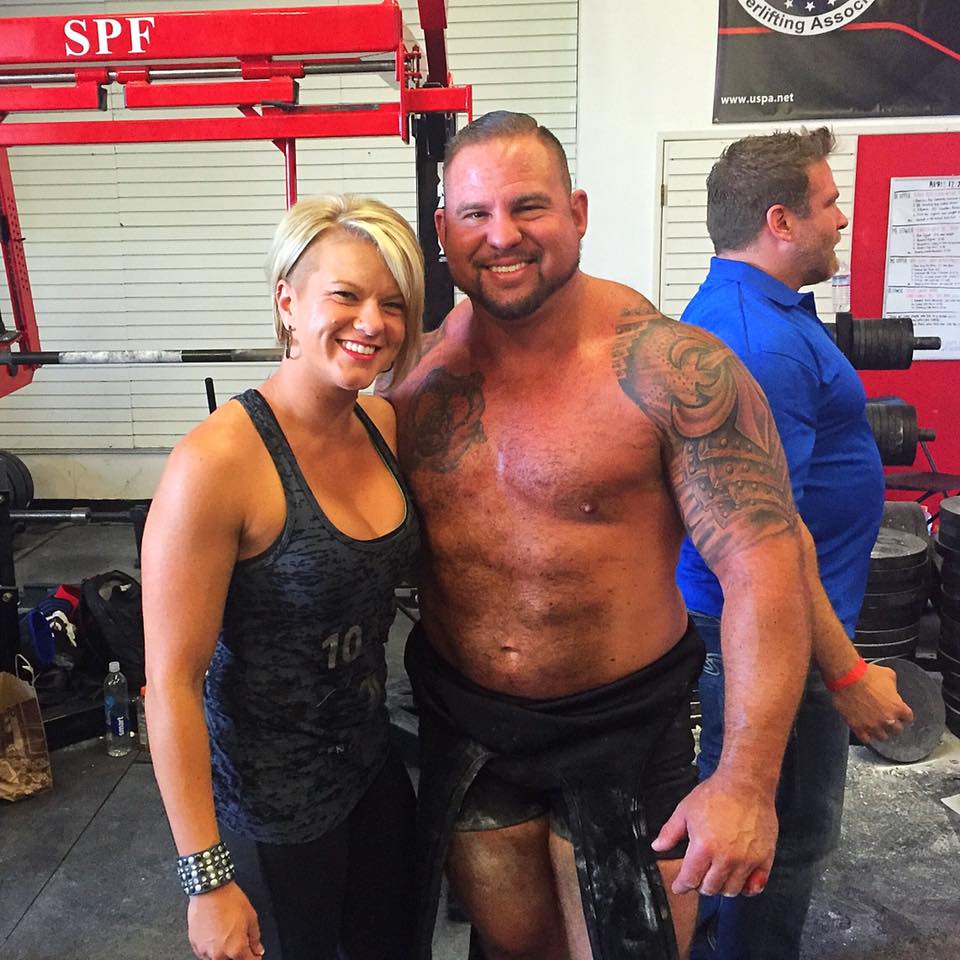 For me, my diet has always been something that could have been better and improved. For the most part, over the last 3 years, it had been pretty good. But I could feel myself start slipping here and there back to my old ways (when I was 290+ and very soft). This wasn’t due to a lack of knowledge, it was a lack of wanting to be uncomfortable, to be honest. My bloodwork was never terrible, triglyceride’s low, HDL normal, my BP is low-normal, I lifted good enough, but there was always the voice in the back of my head saying “you can do better than this, be more disciplined, Brian.”

To say that I was aware of proper diet would be an extreme understatement – my Mom started me with greens powder and protein/nutritional shakes when I was barely tall enough to see over the counter. All of the trendy and hippie things you see the as ‘new’ now i.e. coconut oil, greens shakes, healthy alternative cereal (I ate Grape Nuts, Shredded Wheat with Bran as a kid, not Trix, or even Cheerio’s), natural sugar-free soda, Carob, soy hamburgers, soy hotdogs, soy ice-cream (I could go on) – this all was a part of my growing up- everyday life. And I had vitamins by the handful every single day. “DID YOU TAKE YOUR VITAMINS BRIAN?” “EAT YOUR BRUSSEL SPROUTS!”

This difference now is you don’t have to go to an artsy fartsy health food store for it in the middle of the mall and pay $4 for a carob cookie (bet you haven’t heard that word in a while besides the pet treats) –  Trader Joe’s, Whole Foods, Publix, Walmart and Kroger all have affordable, gigantic health food sections. Oh, and it is WAYYYYY cheaper than it used to be since it is mass produced, but I digress.

The bottom line is we all need a kick in the ass at times, a change of pace and some new things to try to help us reset or reboot and rebuild. This could be our diet, training, recovery and/or supplementation. I’m not saying you have to do it the Keto way (there are many ways) but for me, a year later even though I don’t follow a Keto diet, my diet is considerably better with my fat and protein count considerably higher with the quality of food I eat being much better, with far less processed garbage cravings. Keto helped me break the programmed desire, aka addiction of wanting to eat tasty/bad food that feels good, instead of treating food as being FUEL.  I don’t see Keto as the best for strength training, as there are some obstacles to overcome, but I think there can be a time and a place for it in anyone’s arsenal (many athletes i.e. endurance athletes, do supplement with glucose during training, competition etc.)

Remember, food is a drug and will, in many cases, dictate how healthy you are, how good you feel, or how fat and unhealthy you become. It’s your call.

Pick up a copy of Brian’s newest book co-written with Dr. Stu McGill-Gift of Injury: The Strength Athlete’s Guide to Recovering from Back Injury and Winning Again on Sale now!