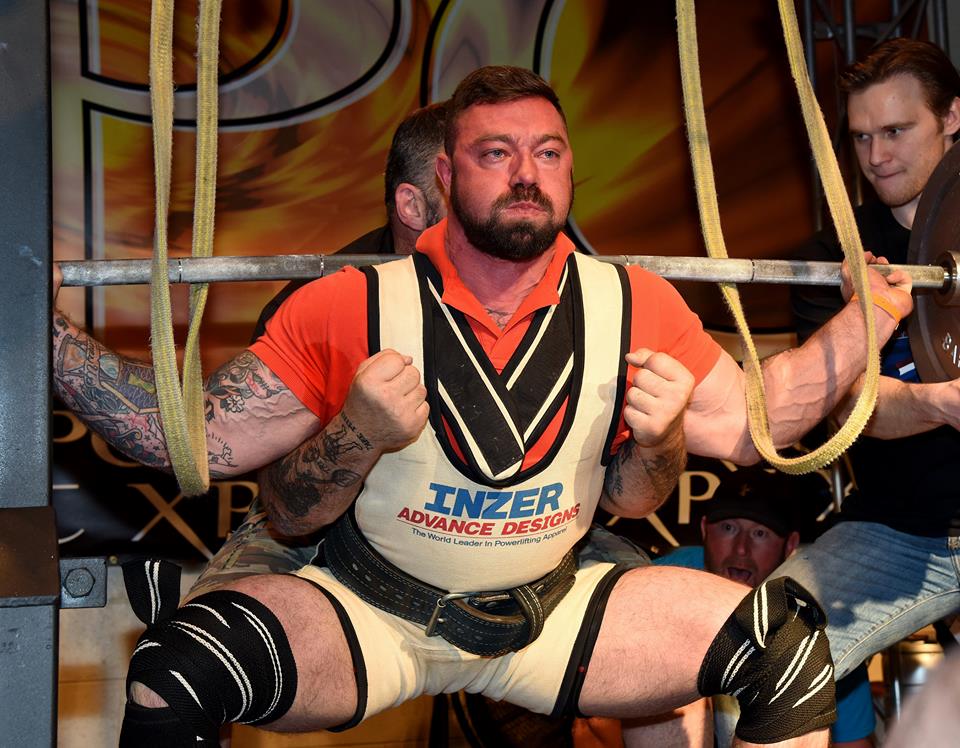 I’m currently in an off-season training block, focusing on improving work capacity and brining up some weak areas. I don’t have any meets picked out yet, but am looking at hitting one in the late fall/early winter, then the Arnold in March.

Friday night I got to the gym at 8:30pm to squat with Dirk and Brandon. My goal was to work up to a top set of 8 in the 470 range if possible. I figured this would put me in a very good spot for this part of the off-season, at my lighter BW (219-220)

Here’s how it went:

– My squats just weren’t clicking tonight. The set at 420 was fine, but I felt creaky in the knees and hamstrings. The set of 6 @470 was a mess. My knees were kicking forward, I didn’t feel like my hips/glutes were firing properly, and the weight felt heavy. I probably should have squeezed out the last 2 reps and called it good, but instead chose to stop and regroup for another set. The second set started even worse, so I just called it after the 2nd rep. I felt like I was all over the place, and the last thing I wanted to do was hurt myself squatting 75% type weight. I decided that moving on was a better idea.

– I called it good there. It was late, I was tired and hungry. I really should have done some reverse hypers and rolling planks, but didn’t. I need to focus more on the core in the coming weeks. I’ve been slacking there and my lower back is letting me know about it this morning (Saturday)

– Sunday’s training session is up in the air because of mothers day activities, and projects I need to do at the house. As of right now I’m going to say that it probably won’t happen, but we’ll see how things unfold. I’ll be back in the gym Tuesday night regardless of what happens with Sun.