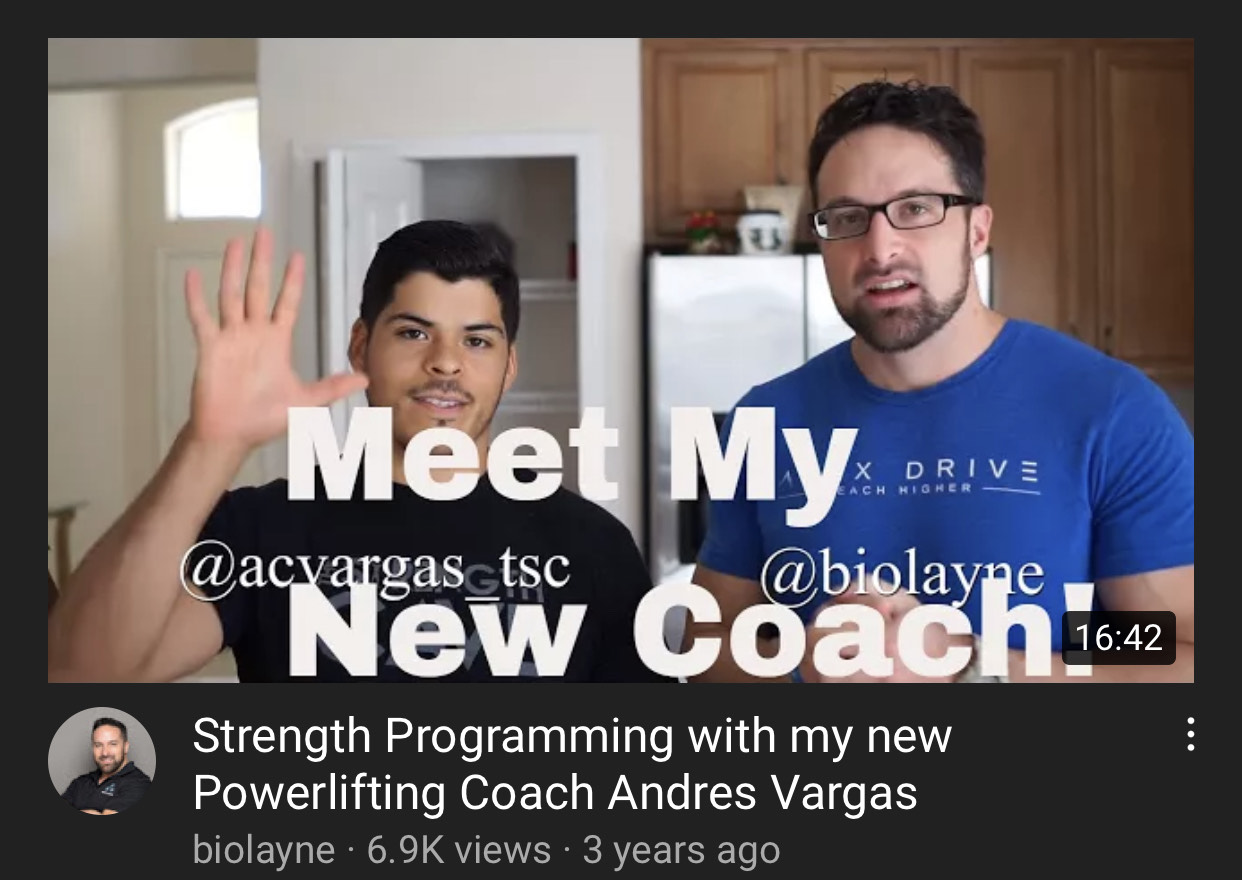 In this series of articles, I will give myself 30min to write about a topic – a rough draft to published. It will be harsh and straight to the point. Let’s see how a few of these go and if I have any friends left after this period of time.

About two weeks ago, I had some fun discussing coaching and expectations. This rant honestly stemmed from an issue about 3 years ago but had a lot of current-relevant points about what I’ve seen and witnessed as an online coach since 2008. I’m not saying this doesn’t happen in person, but that’s something you accept especially when I started coaching lifters in 1997 and leading my buddies in workouts at the local powerhouse.  For whatever reason, watching from a distance can be much more frustrating.

I won’t use his name, but some of you have seen the video series I did with a guy named “Payne.” It was well documented via youtube and this site that I consulted Payne initially, got him on track, then he came to my house with Dr. McGill and me for a full 4-hour assessment in person. We got him sorted out and on the right track with lifting form, cues, and approach from his methods of breaking like glass, to a more sustainable method of training.

From there, I took him back under the bar and had him working up and was back on track. One day I see a guy taking credit (his lifting coach who demolished him), in multiple videos taking credit (not limited to the below)– who literally only asked to follow along with the methods so he could learn. The next thing I know, he’s making videos like this literally taking 100% credit for fixing him, and not even mentioning that 1. Stu and I at least helped Payne and 2. I really thought he was going to mention at least a partial credit to Stu and me, but nope. Massage and such fixed him.

I even allowed this strength coach of Payne’s to sit in on a skype or two with Payne and me and taught him/explained to him what we are doing. I also made sure that it was clear that this is my domain, and when Payne is ready for a normal program, I’m out of the picture and done, but until then, here is what we are doing. I was also nice enough to point out the issues in the former programming and how to cue Payne properly, as well as programming, frequency, rest, and deloads.

Sometimes you have to fire people.

Clients – even guys like Payne with gigantic reaches and who were actually pretty good to work with. Doesn’t matter..So, I went to Payne like an adult and told him my issue with the guy taking credit for our work, and basically, he said he wanted to stay out of it.

So, like any person with even a modicum of self-preserving business sense and testicles, I fired him and told him he was on his own. I didn’t care who he is/was, or that he was doing better, I don’t allow people to steal from me, and allow them a pass.

Most of you have heard of my out-of-court settlement with a guy named Silly about 8 years ago. Yet another person I was helping, and issue that not just was stolen but printed & distributed illegally in a book. Another big following, another I don’t care. It’s not about the person, who they are, or who likes them. It’s about honesty and stealing. Never trust a thief, you rid them out of your life, no matter the cost.

I’m not calling anyone a thief, but you might say it’s implied by the circumstances. It was not transparent and honest, that’s for sure. None of this stuff has been. And I simply will not stand for it, I don’t care about the consequences or the backlash.

Well, not even a week after writing my last rant about coaching, it happened again, this time with a lesser-known athlete. Doesn’t matter. They were confronted, then fired from my services when my client gave public credit to someone they admittedly said to me after — was not helping them, just wanted to throw them a bone with a shout-out along with the work I have done with this athlete. This athlete obviously doesn’t read my blogs, otherwise may have thought twice about doing such a stupid and selfish thing.

My point is this: Keep your circles tight. Everyone who seems to have an angle typically does. At the first sign of something being off, bring it to their attention and keep an eye on it.

People are fired every single day for good reason. Your clients are no different. Anyway, my 30min is up.

See you next week.