On Wednesday, November 7 my Wife Ria and I took the short 2.5hr drive to Orlando to get settled in for the competition weekend. Weigh-in was Saturday at 9 am. I think this is very important for those Cutting weight, especially.  Getting in early and controlling what you can is vital. Cutting weight used to be fun to me, primarily when I was in my 20’s. Now, I guess knowing a little more about biology or at least accept a little more about it, it bothers me what can happen, so there’s that. 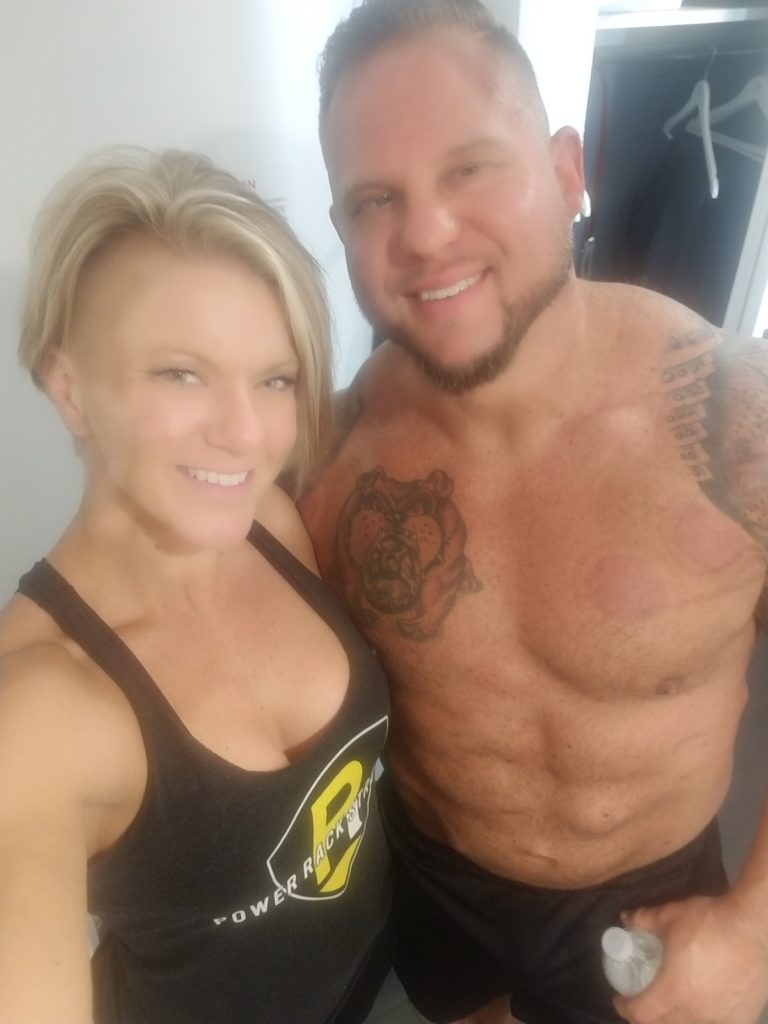 I tend to plan for everything possible and try to get out in front of anything that could be a potential issue. I’m still scarred from this travel experience in 2006 which I cover in this traveling debacle article. If you haven’t read this, you should. Sometimes, Murphy’s law happens all at once. If you give yourself extra time (you never know when you’ll need it), it can help you in a pinch. The saying “better an hour early, than a minute late,” might be something that is deeper than what you see on the surface. It’s not just about being early as a professional; it’s about the flexibility which accompanies being early and preparation as a whole.

We made a quick trip to Walmart and picked up some touch-up supplies for the week, most of which was impulse junk food purchases for me because I was pretty hungry and hadn’t been eating much junk at all for a couple of months.

For the next couple of days, Ria and I relaxed and played around with the Firestick that Mike and Lexi hooked us up with (thank you) and since I wasn’t eating much- this kept me entertained and helped with the process.

The cut: I don’t eat carbs the week of the meet as I water load and never have. Well, when I didn’t know what I was doing, I would do it all wrong, then slowly found a better way as sometimes it went well, other times it didn’t. Learning from masters like Sam Byrd helped me see the big picture.

These same people tend to gain a touch more of weight meet-week and SOME, not all are confused as to why when they eat carbs, load sodium and drink gallons of water that they have a hard time pulling the weight back off as they are full, especially the muscle with glycogen/fluid.

That is always why my muscles are so flat at a weigh-in, and I look and feel so small and pathetic. But, I put it right back in immediately and fill out pretty quick — anyway, different strokes for different folks. 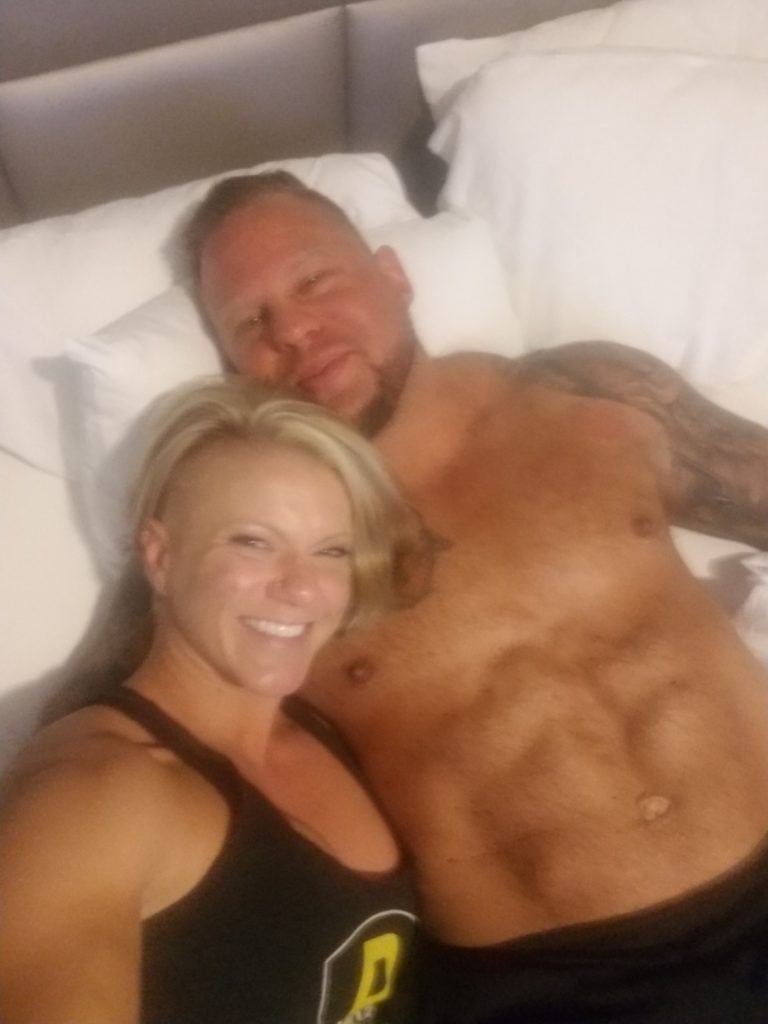 Anyway, we made our way around the hotel, “B Resort” a couple of times and I have to say this hotel is very, very friendly and well kept. I’m surprised they’d let a powerlifting meet happen here; it’s that nice. Every few hours we’d go for a walk to keep me from getting too lazy, get out of the room and move around some.

On Thursday am, I didn’t feel very good and started to think, “man it’s been 20months, do even miss this crap?!” Weight was 255 down from 265 the week prior. The week was catching up with me, and I didn’t feel I could hardly get out of bed. Thursday is my last day of water loading, but very little food so I knew my food tank was running low, but I had to suck it up.

When cutting, emotions and how you feel become a rollercoaster in my experience, one minute, you’re euphoric, the other you feel like you’re going to die, then you’re back to normal. Then back to dying.

I made myself do my final fluff and buff training session to make sure my glycogen depletes completely.  This workout made me feel better, and after my walk, I went and chilled and stayed off my feet, except for  some walks.

Friday came around, and my weight was a little heavier than I would have liked to be. I made one mistake though that I wanted to slap myself over; I didn’t get much out of my Mag-cit explosion and was down 1lb-254. Looking back, I made the mistake of not drinking enough of my last gallon of water near my ‘laxative-time,’ and I did hardly clean-out at all. So, I was hoping to be 250-ish as I was forecasting. I’ve found that the last night before cutting off the water can be a significant drop, other times not so much. You have to be ready for anything.

So, I started my standard 24hr-out protocol and began drying out lb by lb. Heidi Howar, who is a fantastic lifter dropped by the room after meeting with Ria and checking her weight/ verifying scales, and we discussed some cutting strategy (she does her’s a little different but it works, and she cuts a great deal), training,  along with the plan for the rest of the day and evening. 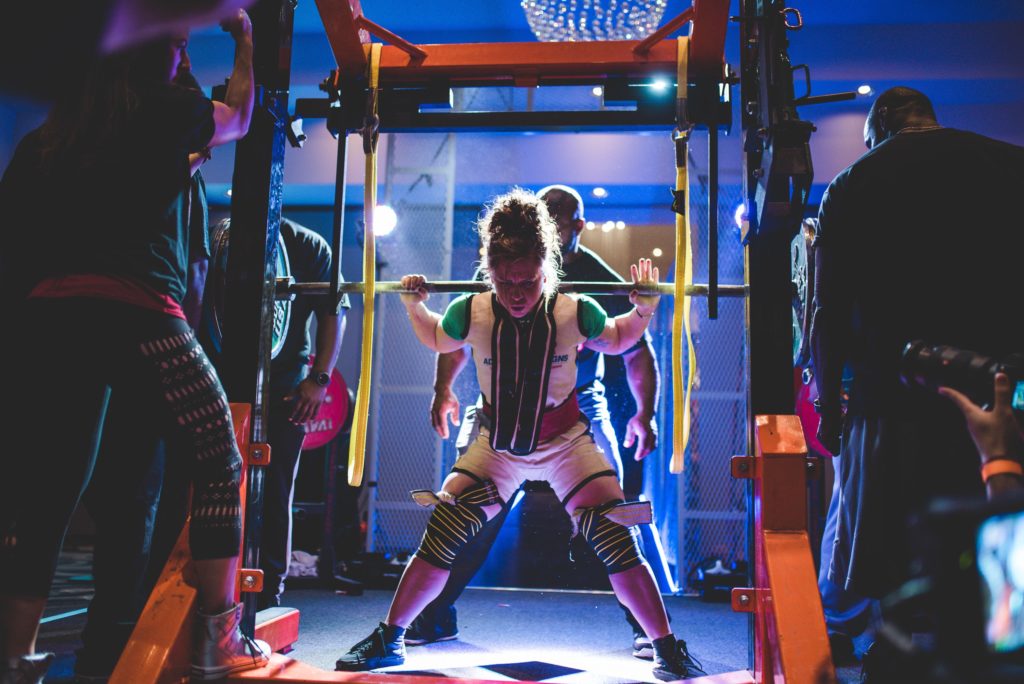 I planned to get to weigh-in at 7:15 (9 am weigh-in) and beat the line as long as I was on weight. This girl has unlimited potential so much that it’s crazy.

The rest of the day sucked pretty much. But it wasn’t terrible. I kept dying out, slowly lb by lb and by the end of the evening, I was about 246 and was done urinating.

I got in bed at 8 pm and set my Alarm for 2, 4, and 6 am. I like to keep tabs on what’s going on and never wish to over-cut. When I got up at 2, I was down to 245. 4 am, same; 6 am same. Time to toss the sauna suit on, and either find a sauna or sit in the car. My shower was out of the question, as the hot water wasn’t hot enough. This is my favorite method, but not always available. Also, sometimes on the weekend, certain saunas or gym won’t be open/ have staff to allow you to use the sauna. So, I went with the car.

Ria fired her truck up, turned on the heated seats and maxed it out for me. After it idled for about 20, I got in and turned on some music and made myself stay for nearly an hour. I don’t always suggest this; usually, 10-12 min is best to step out and dry off, but I was feeling good and stayed with it. Plus I was sweating a lot.

At 9 am, I was on the scale and officially 241.9. I spat out the first near lb in about 30min and decided to slow down since I didn’t feel fantastic.

I went right into my standard protocol for putting it all back on, got a training session in, three walks and was 270 by bedtime. No stomach issues, everything went well and to plan.

I felt pretty good and was ready to lift. The entire process felt pretty foreign, to be honest as it had been a while.