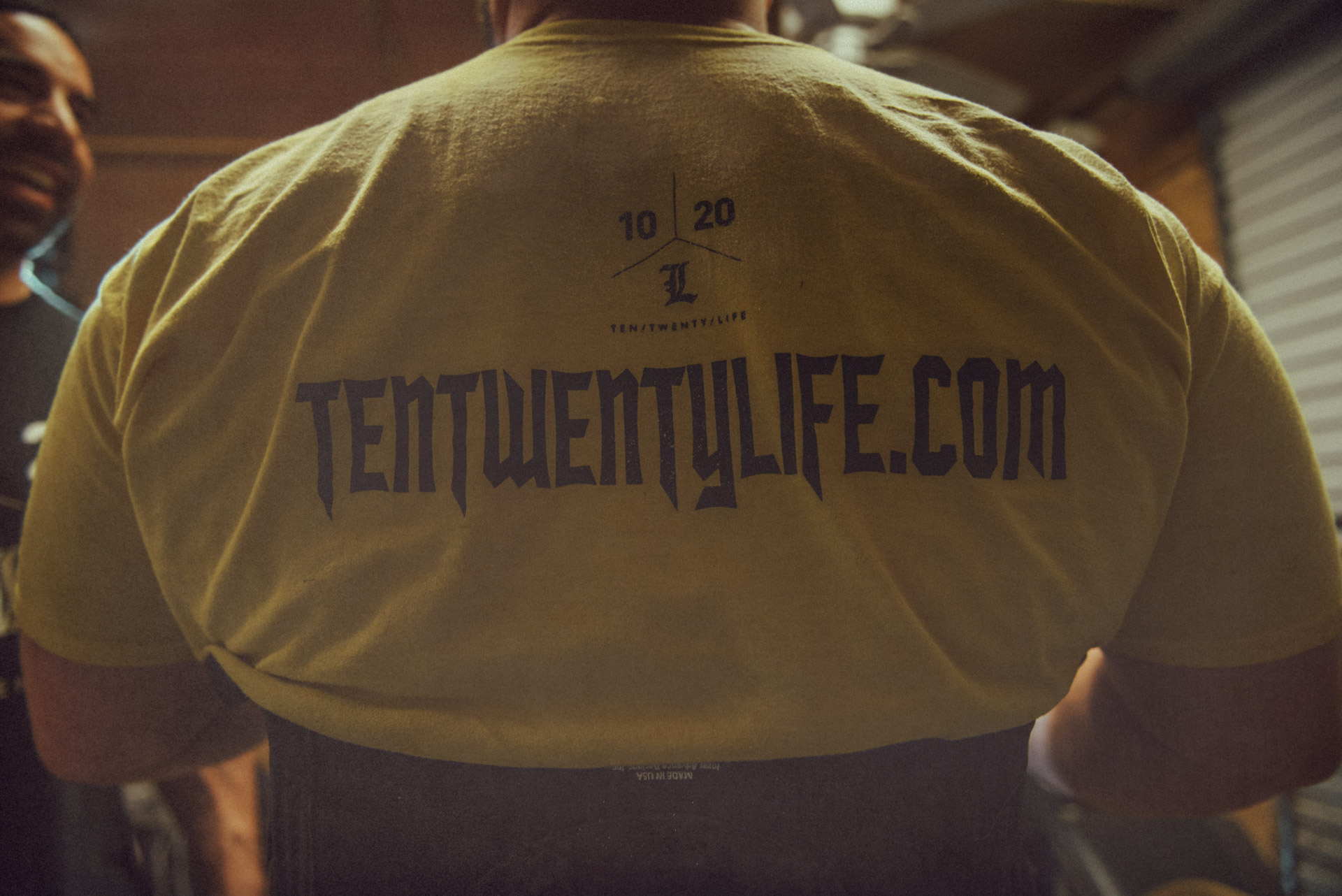 23 Apr How To Get Mentally Tougher

You have a big lift coming up on Saturday. You could be competing in a powerlifting meet, or you might just be going for a PR in the gym by yourself. Either way, it’s something that’s been on your mind all week, and it’s going to be a very important day for you. 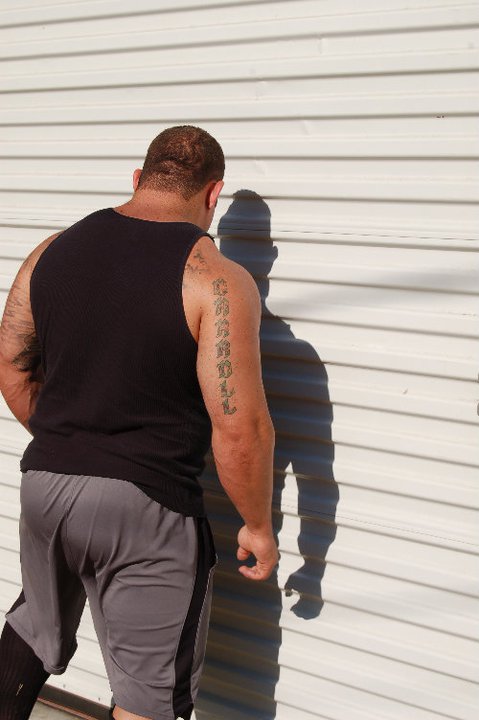 As someone who’s successfully completed more than thirty squats with over 1000 pounds on my back in competition—in three different weight classes—I know a little bit about how your mindset will affect your lifting. Your mind tells your body where to go, what to do, and how much energy you’re going to channel toward your goal—and preparing your mind for this challenge is just as important as preparing your body.

Here’s a story that’ll illustrate exactly how this works.

In 2006, I was starting to become more of a contender on the world level in the 220 pound class. My best lifts at the time were a 950 squat, 584 bench, 733 deadlift, and 2221 total. I had a great training cycle for the meet I’ll be telling you about here, and was more prepared for competition than I’d ever been in my life.

My bodyweight was at an all-time high—almost 250 pounds—and I was doing my normal weight cut during the week, getting ready to head to Las Vegas to compete at the 2006 APF Senior Nationals. The meet was being hyped as one of the best ever, and I was totally ready to go.

I boarded the plane at 6 AM on Thursday morning to fly to Pittsburgh, where I’d be catching a connecting flight to Las Vegas. I was still cutting weight, and started my morning at 240. After waiting at the airport in Pittsburgh for a few hours, the airline informed us that our 2 PM flight to Las Vegas was delayed. Two hours later, they announced it was delayed again. Two hours after that, the flight was cancelled.

My weigh-in was scheduled for the next morning at 9 AM, so we had to scramble for new options. The only choice we had was to fly to Washington DC later that night, then drive to Baltimore to get a very early flight to Las Vegas the next morning.

Suddenly, I had a choice. Do I continue to cut weight? Would I even make it to the meet? Should I eat?

Delirious, pissed off, and confused, I laid on the ground at the airport in Pittsburgh wondering what I should do. This was a definite fork in the road. I could mail it in and lift in the 242 pound class—if I even made it to the meet at all—or I could stay with my goal and go down with the ship no matter what. I had to make a decision, and whatever I decided would be final.

I’d come too far already, so I stayed the course.

We took the late flight to Washington DC, and like a scene from some horrible movie, the flight attendant was cracking bad jokes over the loudspeaker the entire time. I was dehydrated, had been taking water pills all day, and had no idea where my weight was. We landed, rented a car, then drove an hour to Baltimore. At this point, it was 2 AM and my flight to Baltimore didn’t leave until 5 AM, so we checked into a motel for a few hours.

While my friends slept, I went into the motel bathroom and took a hot bath, still not knowing my weight because my scale had been checked with my baggage. This meant I was sweating mentally as well as physically.

At 5 AM, we boarded the plane, and I was feeling like hell from the weight cut and all the stress. As the plane began to taxi, the flight attendant came on the loudspeaker and announced that, due to maintenance issues, the flight would be delayed. This carried on for about two hours. Can you imagine what was going through my head at this stage of the game?

“It’s just not meant to be. Just drink and eat. You don’t even know your weight. You may as well just mail it in, because you’re not even going to make the weigh-in window.”

Finally the five-hour flight was in the air. I felt like death on the plane—trying not to freak out or panic while popping water pills like crazy and chewing sour gum. All my friends had been calling and texting the entire time, telling me how much fun they were having in Vegas—and meanwhile, I’m feeling like I’m about to have a stroke.

We landed at 10:15 AM Vegas time, and I bulled my way to the front of the plane—pissing everyone off in the process—told my guys to grab my bags, and sprinted to the front of the airport to get a taxi. When I got to the weigh-in, Adam Driggers was waiting for me with a scale. I got on, with no idea what I weighed.

It turned out I was one pound over. What the f**k? I ran to the bathroom, ran hot water over my hands, and spit into the sink like a lunatic. That somehow took the pound off, I made weight officially, then went directly to McDonald’s—and then to my IV bags and some well-deserved rest. I’d made it. In fact, my “lost” luggage—i.e., my powerlifting gear—showed up that afternoon after my friends had been told at the airport that it wasn’t there. Things were turning around.

By now, I knew that I had come too far to just mail it in and hope for a good day. I wanted a great day despite all the bullshit I’d been through. My friends all commented that I had to be negatively affected by all the stress of the weight cut and the trip, but I went to another place. I decided that I wasn’t going to accept the “tough trip” excuse.

I had goals to hit, and I wanted to hit them no matter what it cost me. Too much water had passed under the bridge for me not to be strong the next day. Thankfully, I still had a full 24 hours to rehydrate and relax.

After a day of putting my feet up, getting focused, and channeling all my frustration to my competitors and my goals, I was more ready than ever. I flipped everything to a “me against the world” mentality where, starting with the whole airport fiasco, everyone was against me and trying to f**k up my meet.

Compounding all of this was my performance at the same meet in 2005. I bombed out and had a horrible showing, and was back with a lot to prove. Then, at dinner, someone from the class above me predicted that I wouldn’t place in the top three, not realizing that I was sitting right there.

I was pissed off, with a huge chip on my shoulder, and it was time to shut some people up.

I ended up finishing second out of twenty lifters in my weight class, beaten only by the legendary Shawn Frankl. I set a PR on every lift, with a 954 squat, 600 bench, 755 deadlift, and 2303 total. I was very happy with how things panned out, but I didn’t know whether I would have had such a good meet if I didn’t feel as though the entire world was aligned against me.

This sequence of events has always made me think about a few things. When you set goals, does that really position people to go against you, not wanting you to hit them? My take on this is that other people don’t care about your goals as much as you might think. Some people will definitely take pleasure in seeing you fail, but does this mean you need to see everyone as an enemy?

No, that’s not the point I’m trying to make here. My story is an example of making sure you have everything under control that you’re capable of controlling, so you don’t freak out when the wheels start to come off.

What can you control? Your mindset and your mental toughness. Never mail it in, and never, ever quit. That’s the 10/20/Life.