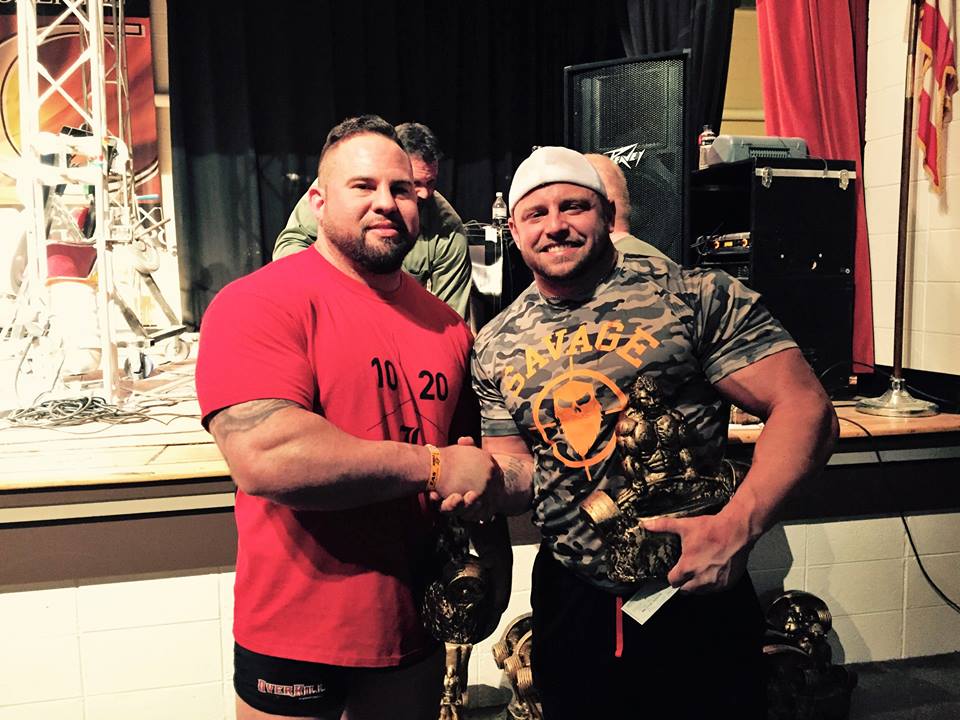 For several months my gym has been in meet prep as four of my guys dialed in their training to take the platform at the 2015 XPC Powerlifting Championship at the Arnold. Filipe and Jason were preparing for something called raw, and Brian and Byrd for powerlifting. (Two sentences in and I’ve pissed off most of the powerlifting world, I apologize.) I struggled for the last several months in the gym. I lacked motivation and showed up mostly to support my guys. Honestly, it sucked to be around them as they prepped while I just kicked weight around with no purpose. I struggled with going to the meet and discussed with my wife several times the fact that I wish I wasn’t. The Arnold is where I retired last year, and though I know it was the right thing to do, I don’t always like it. Going back, even to help I feared, would only disappoint me. I was wrong. I enjoyed being a part of it. I enjoyed helping those I could help. I enjoyed laughing at everyone struggle with their gear. I enjoyed wondering why the raw guys were doing it raw. (I did it again, I’m sorry.) I had fun, and I’m glad I went.

The following are things as I saw them. Not everything is here. I’d like to talk about everyone’s lifting, but most of them have done that themselves, so I’ll mention some names and you can find their meet reports and read about their lifting in their own words.

First let me say that I usually have no anxiety about helping my own guys. It’s easy and I do it all the time. The team we designate to go to meets prep as much as the guys lifting do. It becomes their job in prep to handle the lifters just like we will at the meets. By the time we are in the warm-up room nothing surprises us. This time it was Keith Price, Tony Garland and I. No one wraps knees like Tony and Keith. They are the best. Add me to those guys and we had our guys covered, no doubt. But in the first session we were helping Brandon Crabill along with our own lifter Filipe Gusmao. I’ve talked with Brandon before using private message, but I’ve never met him. I’ve read his training log and at times wondered why the guy hates himself so much. If you don’t know he runs marathons and ultra-marathons. But now I’m helping him on the biggest stage in powerlifting. That causes a bit of anxiety. Everything went okay in my opinion though Brandon struggled with a few lifts. He went full stupid on his opening pull, but that’s for him to talk about. It was fun to watch.  Sorry Brandon, but after it was all over I chuckled a bit.

I want to say this as well: I have read a lot of comments about how hard our guys worked at the meet. We generally travel as a team when we handle our lifters and we operate as a team throughout the meet. We end up helping lots of lifters and load a lot of weight, but it’s driven by selfish motivation. We take over the weight room and help everyone as much as we can so that our guys have access to the mono, bench, and deadlift bar when they need it. We load, we pull the pin, we hand off, all so that our guys can go as soon as they are ready. They are rarely rushed or take warmups too early because we are controlling the pace of the warmup room. This only works when you have enough people, 3 at least. More is better. Rarely does anyone mind because you are putting in work for everyone.

Next up was Allison Lockhart. “Call her depth” I heard someone say. What? Call her depth? I don’t want to call someone’s depth that I haven’t trained with. I can read my guys and know when they need me to call it regardless of where they are at, but I can’t do that with Allison. On the first one she comes off the platform and says to me, “That felt high as @$%#”! “Well it wasn’t” was my reply! She squats deep and doesn’t need a call. She had a great day, and was super easy to handle. It was a pleasure.

At the end of the first day I was tired and sore, but still looking forward to the next day as I still had three of my guys to go and at least one other to help.

On day two Jason Kowalewski was up first.  Jason is my newest member and this was only his second meet. He went 9 for 9 as I remember for his first meet, so this proved to be a wakeup call for him going 4 for 9. They can’t all be perfect, most are not, but when things go bad from the start a finish is a win in this sport. Both Jason and Filipe (3 of 9) struggled in this meet, but both are good lifters and will be back far better than they were this time.

In the second session of day two Keith, Tony, and I were tasked with helping Zane Geeting. Zane is a friend of mine whose lifting I have followed for a while. He has been plagued with injuries but he had a great day and I enjoyed helping him in his return to the platform.

Finally the fun began. My two geared lifters take the platform. I’m sorry Jason and Filipe, but it’s just more fun to me. The big geared lifts are what I like about our sport.

Byrd was up first and he didn’t have things go his way. He ended the day with a torn bicep but he’ll be okay and be back stronger than ever.

Now please pardon me while I pause for a second and say some nice things about the meet.

This year’s XPC at the Arnold was among the best meets I’ve been to. It was run well. Actually, it was run great. They were prompt, orderly, and mindful of the lifters. The crowd was great. The pictures I’ve seen don’t do the crowd justice. It was awesome to see that many people come out to see multiply lifting. I don’t think they were disappointed. The judging was consistent, far better than last year. The music was great with some Hank Williams Jr. included (I’m from the South)! And Mike on the mic was great as he always is.

I have only one complaint; the lifter’s staging area was far too small. They can fix that by adjusting the stage to the left next year opening a lot more space for wrapping and gear adjusting. Pay attention Dague!

So that everyone is clear, I enjoyed the meet. Do it in the future, it’s worth it. I endorse this meet.

Now that that is out of the way:

The numbers were close going into the pulls. They were much closer than I would have liked. During this time I learned I can speed add on a screen I can barely read without glasses. I also learned Filipe and I work well together under pressure. Matt Minuth and Brian Carroll were within a few points of each other for the win. We were desperately trying to keep up with the attempts and what number we would need to beat what Matt might pull. It was constantly changing and we were constantly adapting, which brings me to my first gripe.

Matt’s second attempt was entered on the screen as 755. We do the math and chose 800. Then HIS SECOND changes to 735. What? His second attempt changes to a lower number. How does that happen? I don’t know as I never received an explanation, but we change our attempt to 780. Before you jump to any conclusions, our number was not yet entered.

After a successful pull for both lifters on their second attempts the process starts anew. The thirds are entered and the lifters prepare to take their attempts. Luckily for us the numbers were 755 for Matt and 800 for Brian. Numbers we had already calculated because the board previously listed 755 for Matt’s second.

Matt goes to the bar and makes a hell of an attempt with 755 but gets called for a no lockout, or soft lockout.  As Brian goes to the bar I’m told to relay to him to make sure he pulls it so there is no controversy. I started to do just that, but thought to myself, there is no controversy. Brian has already won. My team knew this as soon as the red lights were thrown on Matt’s third attempt with 755. I’ll have more on this in a minute. Brian gives 800 a ride and ends up on his back like a hot wife at a swinger’s party. So does the back spotter. All of which would have been funny if I hadn’t been distracted by the cheerleaders finishing up their routine at the cheer nationals, aka Matt’s crew.

I’ve been involved with powerlifting for 15 years; I’ve never seen a lifter’s missed lift celebrated like that. Not to mention Brian is on his back. Let me go back to the numbers for a minute. My team knew Brian won when Matt missed 755. His team didn’t know for two reasons:

Number two being the key to my displeasure.

I’ll include the video to give you a small glimpse of what was happening stage right. I call it “Two Turtles and Two Jack Asses”? It doesn’t do the whole thing justice, but you get the point.

They checked on Brian only after they were told by Filipe they had lost. I found it lacking in class to say the least.

I’m not sure anyone else could do what Matt did here. Two days at peak performance is incredible. I won’t try to take anything away from that, but in the end, I don’t care for what I witnessed.

Congrats to both Brian and Matt for their wins this weekend.

Don’t forget to check out the following Meet Reports/Training Logs for the lifter’s thoughts in their own words: