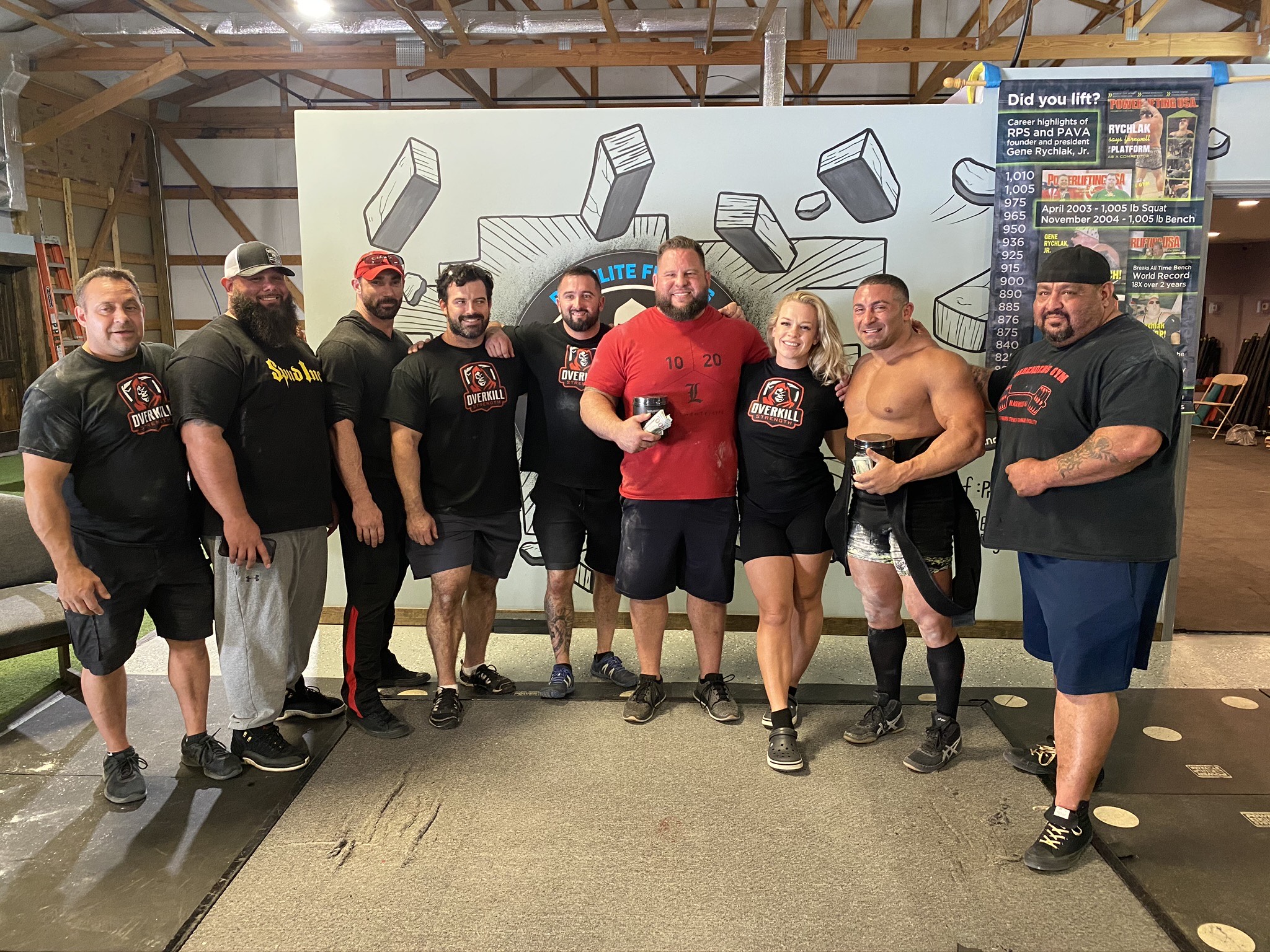 In this series of articles, I will give myself 30min to write about a topic – a rough draft to published. It will be harsh and straight to the point. Let’s see how a few of these go and if I have any friends left after this period of time. The truth is out; these really aren’t rants; they are to help people avoid some of the mistakes I’ve made. Maybe a rant or two will come about.

So I took a week off and went on vacation to find more to cry and rage about in my rants. Just kidding – who in the world would ever get off on being sassy and faux-angry? Not me. Anyway, we went on vacation with some good friends to South Florida and took some much-needed time off. The only thing that gets me when I leave town is my schedule, and my routine gets way out of whack. I tend to get way off track during a travel period, and it can take 2-3 weeks for me to get back on the wagon.

I didn’t take the week off of training as me and the fellas walked to the gym every day and got some pretty good sessions in. And Saturday, two days ago, I got in a nice full-body session and I’m now working on getting back into my training groove too. I started off on the right foot, so that’s cool.

Here’s how the session went:

Good session, not too much more to add than I like how training is going, and I hope to string together a few solid weeks to make some progress.

Now, about 2 weeks ago, and just finished a post about one of our training partners moving away, and I completely hit the wrong button and instead of saving it, I deleted it. Perfect. Anyway.

About 3-4 weeks ago we said goodbye to one of our training partners. Tom joined us about a year and a half ago, and immediately, I started hammering him about everything. This is the test to see what sort of person we have on our hands, as things get tense, and if they can’t take a little bit of crap, they won’t work out as a training partner. What I’ve learned over the last 18 years of training in private gyms is typical if they aren’t former athletes or military veterans, they won’t do that well in this type of small, tedious, and volatile environment.

Let’s not dance around the fact that a lot is at stake inside a powerlifting private gym, especially if it’s at someone’s house and everyone is competitive, to say the least. Add in some (or a lot at times) special supplements, a few problems at home/work, and a bad training session when the time to compete is near and you have a perfect outline for a blow-up and for things to get a little bit scary, especially if you’re not used to it. I know there have been a few times where I have been in the middle of a blow-up /melt-down and I wouldn’t even know what was going to happen next as I was erupting. I’d just go with it sometimes and at that point, anyone can get pulled in!

My point is people get their feeler’s hurt, and it’s not easy dealing with the people all of the time, over and over and over in a small gym. Tom has extremely thick skin, and this made for a fun time. Fast forward about a year after Tom joined us, and even though I had a torn biceps, Dave, Tom, and Steve all ponied up and drove up to Tenessee to help me, even if it was for only the squat. It wasn’t a good time for a few people on the team, for various reasons, so though many people had committed to attending, only 3 of the 5 team members came.

Turns out: One no called, no-showed, and went dark for weeks prior and after the meet, while the other backed out less than 48hr before meet day (the second one was predicted weeks prior, so we tried to plan accordingly). Shane was in the middle of a brand new job he started, so 4 days off wasn’t in the cards and Nate had covid exposure protocols for his D1-Lacrosse, so he couldn’t subject himself to losing his scholarship, so we were down to just a few people, and we planned this going in.

Leading into the meet, I knew that Rudy and Byrd were going to meet us there to help with coaching and strategy, but I badly needed guys I trained with every week to help with the same routine and system so nothing on meet day changed from the wrap, to belt to bar approach. I really believe this is an important factor with meets. Rudy and Byrd were instrumental in putting my head at ease knowing the weight would be the appropriate number, loaded correctly, and the platform was ready, while my guys got me wrapped, straps pulled and chalked up.

I completely understand last year was an anomaly to put it lightly. The guys committed to coming and were there for me even when some were between jobs, in the middle of a pandemic, and had kids to feed and didn’t have a ton of extra cash or time for that matter. Times like this is when you learn who you have around you, and what they are about.

I really appreciate the fact that even though he was busy to put it lightly, and had every reason to not come help me, even as we seemingly had enough people, Tom still made the trip, along with Dave and Steve to help me and that means a lot. They all did an extraordinary job making everything easy for me. And they all executed their jobs with near perfection. Steve did let his knee wrap fly out of his hand on my 1306 squat, about half-way through. But, we made it.

Hell, Rudy has just about as much going on as anyone and the same goes for Byrd. Byrd’s football season in 2020 was nonexistent, along with the ‘hurry up and wait’ mentality that most of the USA lived by last year; also, Byrd had his wedding anniversary on this weekend, and he and Liz came about 10hr to support me, and Liz did a phenomenal job with the babies, helping Ria.

I’ve said this a lot but good training partners and people in your corner is irreplaceable. Again, it’s not JUST about ability, but also what do you bring to the table? Consistency, dependability, communication, and having your back is what I look for when aligning with people I train with or do life with for that matter.

It’s a real bummer that Tom has moved to New Mexico but I’m super stoked for him as he’s back in Air Traffic Control and really happy that he’s back in the field of doing what he loves.

Tom, we love you brother and thank you so much for being a part of our team and your commitment. Anytime you come back, I’ll look forward to us discussing sound techniques, as well as maybe one day fixing your squat and DL for you. 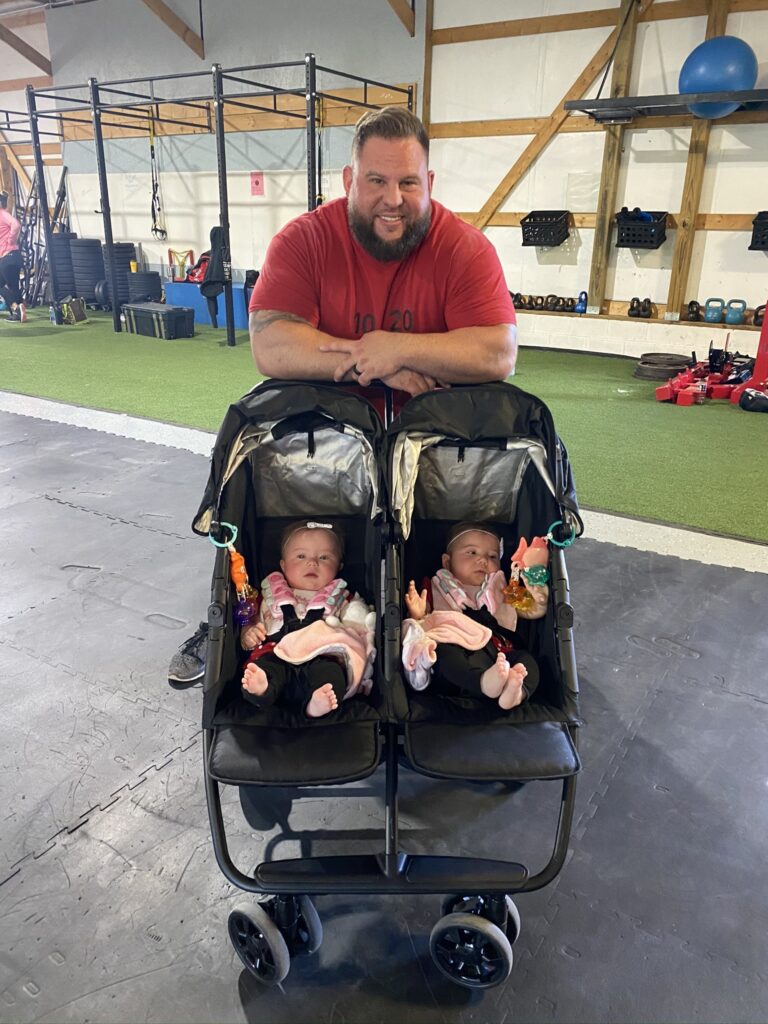 The best part about the Weekend (besides Ria)