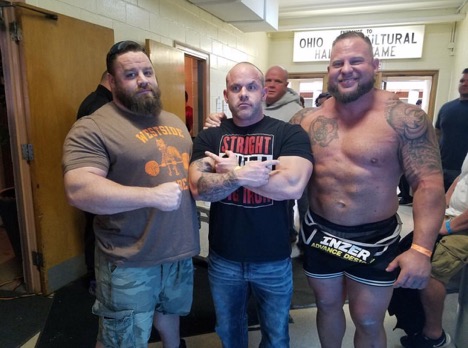 As I sit here writing this article, many lines of thought run through my head – an array of emotion and feelings; because on the one hand, I wish I had more time to prepare; on the other hand, I wish there was less time so I could lift sooner.  Will I embarrass myself?  Will I not have “it?”  Will the younger, up and comers clobber me?  Has my time just passed me?

What the hell am I talking about here?  Good question; the imminent return of the WPO November 11, 2018, in Orlando, FL.

Back to what I was saying, I wish I could compete sooner than November, but at this point, it would be counterproductive.  Let me provide some background for you: During 2017, I wasn’t sure if I wanted to continue to compete; I was burnt out.  My life had become a messy conglomeration of business running/ writing/ lifting/ coaching/ speaking/ advising that followed me everywhere I went, and it started to wear on me intensely.  I felt like I couldn’t escape it no matter what I did, or where I went.

Finally, after enough frustration, I came to a solution with some help. The answer: I had to set boundaries in my life.  I will say this wasn’t and sometimes still isn’t easy to do, but when you tackle this, man, what a relief!  Once boundaries started to become implemented, I began to have much more clarity in every facet of my life.  My hobby of powerlifting slowly became fun again rather than an overwhelming distraction.  I had separation of my business and my lifting once again; the boundaries kept this intact, and I started to feel myself climb out of this ‘rut.’

Once my joint project book “Gift of Injury” launched in October of 2017, I had immense relief from my workload.  At the start of 2018, I decided I wanted to compete in the late spring and so I began to prepare.  Some pieces of the puzzle fell into place slower than anticipated, such as my body-fat, while others like my overall strength came much back quicker, even after a year off from handling any substantial weight (nothing over 600lbs).  My train of thought was this: I figured I’d need to utilize a tune-up meet before the WPO, so there wasn’t such a long interval between times on the platform.  I didn’t want ‘ring-rust’ to be a factor. 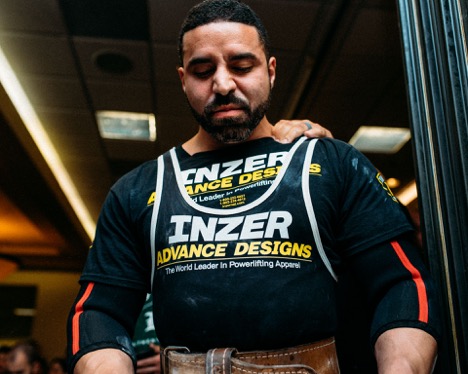 I didn’t make a massive deal about competing as I wasn’t quite sure I’d be ready and if I weren’t, I’d give myself more time.  I ended up not competing although it wasn’t by choice.  I feel as though I let myself get too run-down.  I had just returned from work in Las Vegas on a redeye, and was a little dehydrated and exhausted overall.  Two days later, when I was just a week out from a slated competition while finishing some warm-ups, I somehow nearly sheared my labrum, pec, lat and rotator cuff cleanly off.  So, no meet but instead an MRI.  In fact, I did tear my labrum (again) and had a partial AC Joint separation and strained the crap out of just about every muscle attaching to my humerus.  I was a bit discouraged as the training cycle went very well overall.

Roadblocks are all about perspective, regardless of how we feel at the time.  This was a blessing in disguise, yet another element I had overlooked for so long: my shoulders and their asymmetry had been holding me back.  I also was not addressing some key issues going on that I had ignored, regardless of the dull pain in my rotator cuff under the squat bar.  I will write more on this rehab process soon, but wanted to make mention as this is pertinent to this piece and has been a fantastic learning experience.  The gist of this is that I finally I see the bigger picture.  As in Zane’s incredible article he wrote in 2017, “When it all becomes clear,” this has also become clear to me; I’m hungry.  I’m underachieved and malnourished; I haven’t been as committed as I should have been at times.  I’ve let the finely nuanced details fall by the wayside more than I’d like to admit. 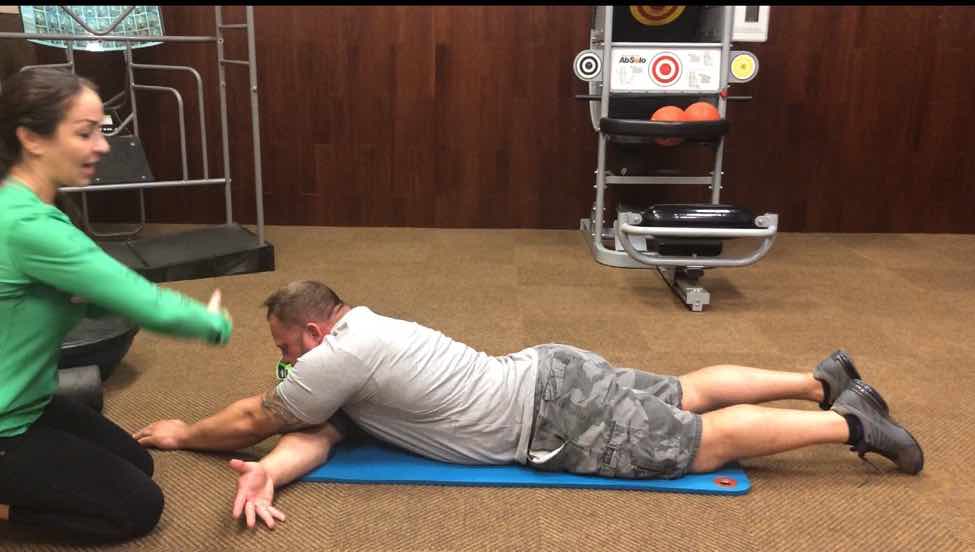 By the time the WPO comes around in November, it will have been more than 20 months since I’ve stepped into a competition.  This absence from is by far my longest stretch without competing since March of 2003. Before this, it was a couple of years from 2001-2002.  But, here’s the good news: I think this is my ‘ace in the hole’ for a variety of reasons.  These reasons might be different than you may assume, too. I’m a different person as I sit here tapping this article out.

Throughout my dozens of training cycles at 20 weeks out, often I would either be too beat-up mentally, physically, both or merely too distracted to have my nose to the grindstone hammering the minutia during the ‘offseason.’  I would stray a little too far from the way, to bastardize Mike De La Pava’s saying “never stray from the way.” I would become ever so slightly complacent; not focused on the big picture, or at least not as much as I could’ve been.  Imagine that the path to where I needed to adhere to being a square, but I made it a circle; cutting corners ever so slightly.

I’m nearly 20 years (1999) into competing in powerlifting.  Currently, I’m 20 weeks out from the competition.  This time, I’m taking a slightly more rigid stance.  A much more robust approach overall.  I might even break some of my own rules.  ‘Well, if you’re going to make an omelet, you gotta break some eggs.’  This July 31, I will be 37 years old.  I know, this isn’t ‘old’ by any means, but the amount of miles I’ve put on my body since ~2005 is much more than the 13+ years can tell you from the outside looking in.  I guess you can say that I have come to terms with a few things; I’ve said this many times, “you don’t start thinking about the beginning until the end.”  I think it’s safe to say that I’m closer to the end than the beginning with all my frequent flyer miles combined with high octane jet fuel. 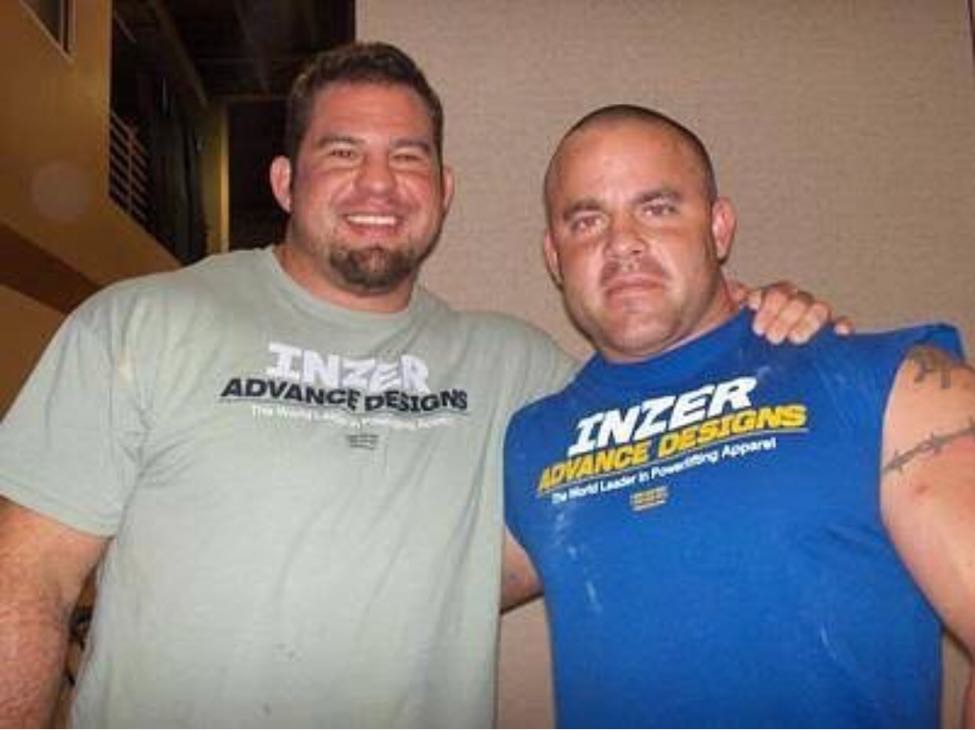 A recent phone conversation with my good friend and Powerlifting Legend Shawn Frankl went something like this:

Shawn – “How are you feeling, Brian?”

Brian – “I feel good, Shawn, better than ever.”

Shawn (laughing)- “I can’t believe you are still competing. You’ve been going at this for a long time. I haven’t competed for eight years.”

This lead to a further conversation:

Shawn- “Well, I wanted 1100, 900, 800 but I figured the money was more important. My back was hurting a bit before the meet, so I took it easy on the squat to make sure I was available to bench and deadlift, but 2800 was the goal.

We both seemingly nodded our heads in silence.  We didn’t even have to complete the rest of the conversation.  You see, there never was another meet for Shawn.  Shawn’s body stopped cooperating shortly after this world record performance even with a brief run at 242; his back, shoulder, ribs, and all sorts of cumulative issues were popping up.  Then, later that year in December of 2010, Rick Hussey, Shawn’s notorious coach passed away.  Shawn never competed again.

Brian – “I never had a Rick in my corner, man.  You know, a coach who only worried about my lifting for years and years and took care of it all. I bet that was awesome.  I mean you had Rick, Hoff has Lou – the two best, in my opinion.  I know you probably wondered why I didn’t always listen to you guys or take more advice/ help than I did, but I didn’t train with Rick 5 days a week.  I could only learn so much in a visit or two!” 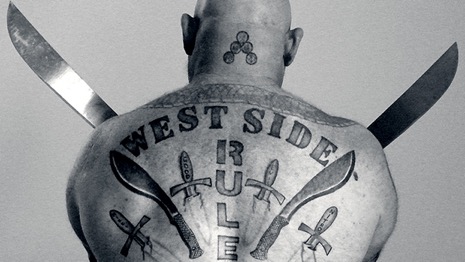 (Here is where perspective comes in)

Shawn surprised me with his reply – “Brian, you wonder why I laugh when I talk about you competing still… Why? Because you would be done like me if you trained as we did!  I’m almost certain you would’ve been far too beat up years ago.  You’ve done the right things to stay in the game as long as you have.”

I see and understand Shawn’s perspective.  I agree with it.  Then, I get a dose of this the very next day.  Dondell Blue said something to me that hit home as we finished up Wednesday training one day recently.  Blue said very matter-of-factly “Brian, you are a lot stronger than you think you are. I think sometimes you don’t give it 110% when you’re grinding under load.  I think you sometimes stop before you get after that last bit in the middle of a grind.”  I see this perspective too.  Again, I agree.

What I’ve been getting around to saying here is I haven’t always done the small things, the most minuscule of details that I’ve needed to do – the things Shawn would tell me to do from a distance.  I would, in many cases, do the least amount necessary for the result.  This every-so-slight cutting corners at times also have cost me much over the years which has led me to regret. 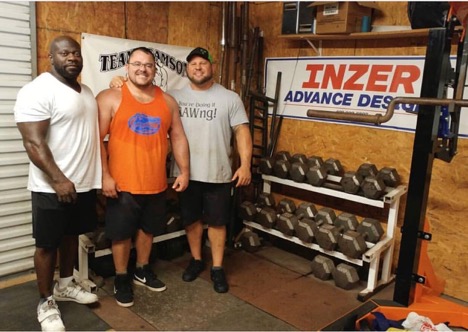 There is such a thing as balance in life.  In the past, I believe people have misrepresented or built a strawman with what I’ve said about balance.  You can have a good life, good job, friends and family, beautiful things and still be at the top of what you do.  The caveat: you won’t have time for much else.  The ancient Chinese proverb says “chase two rabbits, catch none.”  Balance doesn’t mean that you won’t be obsessed, or forced to sacrifice a lot; this is one thing I’ve NEVER SAID.  You’ll have to do a lot of things that you don’t want to do.  You’ll have to sever relationships and ties to people, isolate yourself from distractions, and even turn down avenues of income periodically.

In 10/20/Life, I stress the importance of an offseason and overall phases of training.  The offseason is when you are attacking weaknesses, healing (mentally and physically), more accessible, more pleasant to be around, and more available to your family and close friends, etc.  On the flip-side, when it’s time to push toward something you ultimately want (think pre-contest), there isn’t balance, it’s teetering on the edge of disaster at all times.  Epic failure and flawless victory.

Balance is why I believe it to be essential to have downtime away from competition; this was my 2017. You can only push so many boulders up a mountain at once before you get crushed.  I desperately required a fresh perspective, a reboot.  I needed a personal inventory; is it worth it to keep going? Yes, it is.

To read more of Brian’s work, check out his other books HERE, or grab a book bundle in the store with both 10/20/Life Second Edition & Gift of Injury.