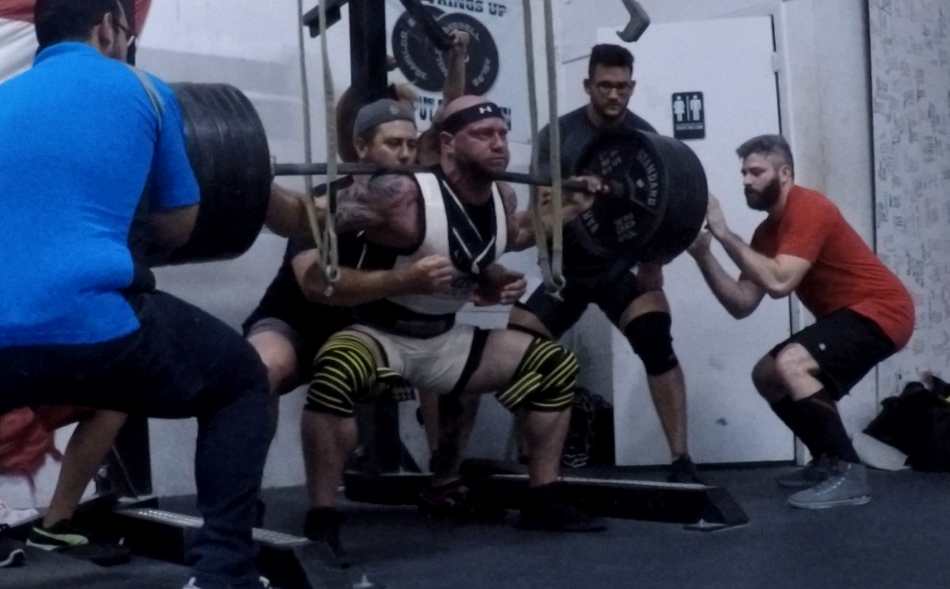 Throughout my powerlifting journey, I have competed about a dozen times.  As of now, I think that about six of those times have been raw and six have been equipped.  Although raw lifting has been fun in the past, I don’t have the love for it that I have for competing in gear.  Back when I started powerlifting, there was no one “competing raw.”  As a 13-year-old kid, I was stuffing myself into single ply suits and bench shirts, shaving armpit hair, and dousing myself in baby powder to try and get into the next smallest sized suit.  It sounds ridiculous, but there was just something about it that kept all of us going at that time.  We would watch the older guys hit numbers that we didn’t think possible, and then within a year or so we were hitting those numbers ourselves.  It’s always about chasing something, and that is the beauty behind chasing numbers.  There’s still going to be a more significant number for you to pursue after you hit your previous goal. 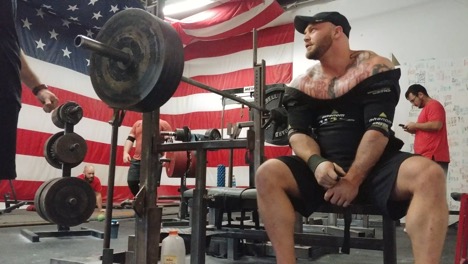 Throughout my life, I have always chased that “more” in several areas, and that has gotten me into a lot of trouble in the past.  Thankfully the times of chasing bullshit drug highs have been over for a while, and I’ve turned powerlifting into my outlet once again.  So, why do I love equipped lifting so much more than raw lifting?  Because simply, more.  More weight, more skill, more technically demanding lifts, and even more room for error where something MORE awful can happen.  I don’t care what anybody says about equipped lifting, it is HARD.  Have you ever seen anybody put on a bench shirt for the first time and hit 200lbs more than their raw bench?  No.  What you do see is a lifter put in the work and effort required over a period and sometimes add that extra 200lbs to their bench.

When I got myself cleaned up after going to another rehab down here in Florida, raw powerlifting was booming.  So when I made my return to the sport, I set the equipped lifting that I knew aside and competed raw.  There were plenty of people to go up against at the meets, as opposed to nobody competing in single ply.  Equipped lifters existed at competitions, but were heavily outnumbered.  Out of 70 lifters on a given day, maybe 5 of them were wearing gear.  This discrepancy made raw lifting fun and more appealing.  Not only was it easy to do on your own, but there were also plenty of other people in your weight class doing it as well.  Pretty much anybody can throw on a pair of knee sleeves and get in their raw squat session without any help.  The same goes for bench and deadlift, it can be done alone.  Crossfit was the reason that individuals realized they could compete in powerlifting, raw and without the need of outside help.  Ultimately, that is what I started to hate about it.  There’s no comradery or team effort.  Sure, teams of raw lifters at gyms exist but they are far and few between.

Equipped lifting, multi-ply lifting especially, requires a team of guys/girls who know what they are doing.  I don’t necessarily have the team of lifters that most groups have at my home gym, but I am thankful for the raw guys that I have around who are more than willing to help.  Training with other Team PRS guys at the Team Samson compound in Jacksonville is a great experience that I look forward to every time I get the opportunity.  1,000 things go into equipped lifting within each session, and a group of knowledgeable guys around you will let you know what you both are and are not doing right. 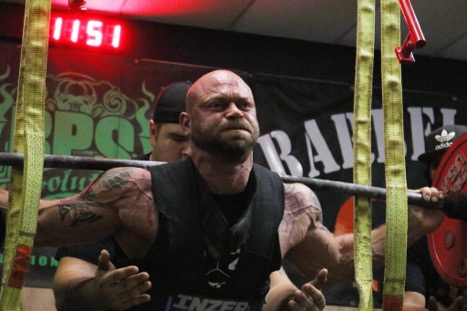 The growing interest in multi-ply lifting of late is incredible to see.  With the help of meets like the upcoming WPO, lifters are getting curious about what it’s like to lift in gear.  It excites me to see the growing interest because that will eventually bring more competition and better lifters to multi-ply lifting.  There is a learning curve, and it does require an enormous amount of patience.  Patience that I usually do not have, but in search of that next significant number… I oblige and put in the work.  The satisfaction that I get out of an equipped PR is exponentially more significant than anything a raw PR can give me.  When I finally get all my stars aligned and hit that PR, I know that I worked for it and earned every pound on that bar.  These PRs are hard to come by in the gym, let alone putting it all together in a meet.  My progression in raw lifting could be seen merely by the date of the competition.  The next meet I had, the better my total was.  This progression is not so true when lifting in equipment.  I had three meets in a row where my total simply grew one meet after the next.  Up next was the XPC where my squats were a disaster, and I bombed on the bench.  The following meet I hit only my openers.  Simply just hoping to chip off my last meet total was not happening.  Now I’ve been forced to take my training seriously, but also prepare myself for an inevitable shitty meet from time to time.

This challenge is what keeps me going.  I haven’t even felt what it’s like to have a great meet in gear although, I have an idea of what it is going to be like when I finally put it all together.  I can taste it.  I envision what putting down that 3rd deadlift and seeing white lights that solidify that total I’ve been chasing is going to be like, and that’s all that I am after right now.

To read more content from Ben, check out his author page HERE.  To learn more about equipped lifting and how to plan your training appropriately to be available when it counts, grab a copy of 10/20/Life 2nd Edition.