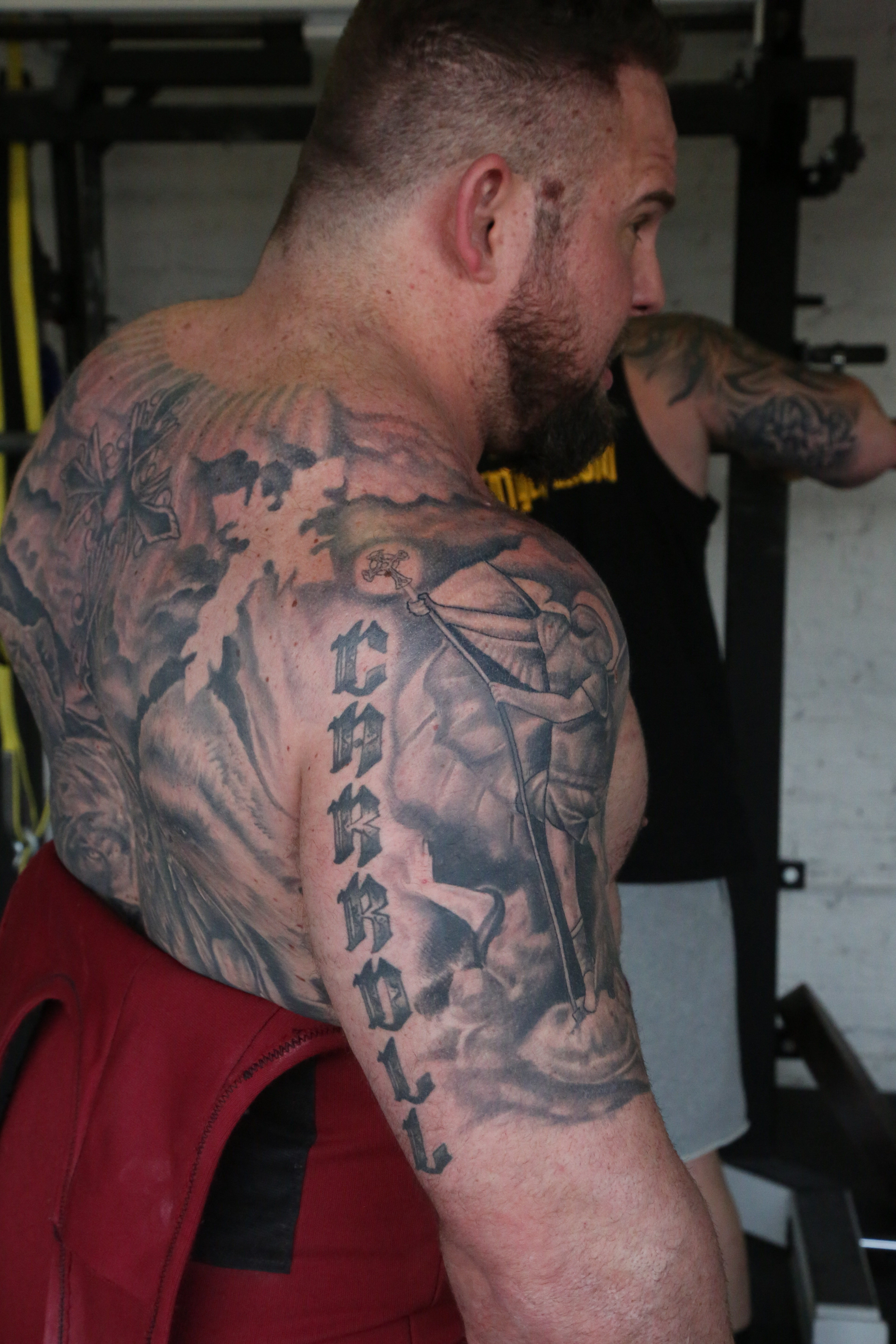 Before this past year, I’d spent at least three or four years dealing with some serious back issues that eventually came out of hiding to bite me in the ass. From a bad fall, to a dozen years of heaving lifting, to getting rear-ended in a car accident, to improperly benching, sitting, and laying down, I’d been killing my back for many, many years—and as a result, my career was dead in the water.

My last two powerlifting meets before the 2014 Arnold Sports Festival were very difficult to train for. Even the meets themselves were horrible in terms of the discomfort I was experiencing. There came a point about a year ago where I knew it was time to either get my back fixed or stop being a competitive powerlifter altogether. The whole situation really sucked.

My first option was surgery, and I pursued it as hard as I could. I went to three or four different doctors to get multiple professional opinions. A couple of these told me not to have any surgery done, because I had so much going on in my back that there wasn’t a clear surgical solution—and that I was heading toward a spinal fusion anyway. One surgeon offered a microdiscectomy, but the only real conclusion anyone came to was that getting a myelogram would be a good idea—to find out exactly what I was dealing with, and if my issues could be dealt with via surgery.

While looking at different surgical options, a few friends told me to look into seeing Dr. Stuart McGill at the University of Waterloo in Canada. Dr. McGill is essentially the man when it comes to back pain and back health, and if you can manage to get an invitation to see him, you’re pretty much as good as cured. Seriously. 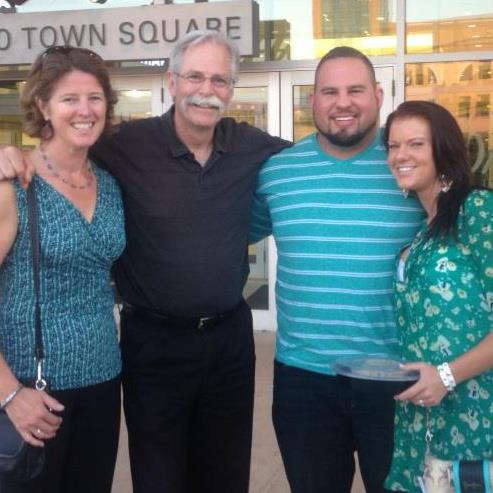 I honestly didn’t think this was feasible. First, I didn’t think I had a snowball’s chance of getting an appointment. Next, I thought surgery was going to be my only pathway. Finally, I was getting tired of trying so many things to stop the pain and still making no substantial progress. Still, I kept asking around, and everyone kept telling me Dr. McGill was a viable alternative—and that surgery should be the last possible option to consider.

The point here is that I had tried everything I thought possible, and I’d really gotten nowhere. I was ready to take drastic measures and pull the trigger on surgery. That’s how impatient I was getting with the whole process. I just wanted the whole thing to be over with.

Finally, my frustration came to a head, and I hunted down Dr. McGill’s email address. I sent him a long and detailed message telling him about everything I’d tried, and showing him my imagery. I didn’t expect a reply. In fact, the only email address I could find was the one he uses for people to write him asking for autographed copies of his books.

To my surprise, however, he emailed me back—and the next thing I knew, I’d spoken to him on the phone a few times, and I had an appointment to see him in person in Waterloo.

I’m not going to lie to you here. I was extremely skeptical at first, and was tired of continuing with the same old bullshit treatments.

One other irritating thing I had going on was that once I stopped being active, my back hurt more. The more I rolled it out, and the more massage I did, the worse I felt. Oddly enough, when I did a little bit of exercise with no rolling and no stretching, I actually felt fine. For the last six weeks before going to see Dr. McGill, I didn’t do jack shit. The only “activity” I engaged in was figuring out, day to day, what would and wouldn’t irritate my back.

To be honest, I had temporarily given up at this point. I knew that pretty much everything I was doing was making things worse, I felt like shit all the time, and the whole situation was really starting to affect my attitude. This had completely kicked my ass, and I was stumped.

Once the opportunity presented itself to see Dr. McGill, I immediately booked the trip and made up my mind that I was not going to have surgery. I read as much as I could about him, and I found out that he’d dealt with many similar circumstances in the past, so I decided to head up to Canada with an open mind. Before, it was surgery or it couldn’t be fixed. Now, I’d actually given myself some hope.

Before I left, I did a ton of research, and Dr. McGill explained to me on the phone why surgery would have been a bad idea or me. Here’s the short version:

When you have issues on multiple levels, the chances of a surgeon going in an fixing your pain by removing just one part of the problem is very, very rare. On top of that, if you have structural issues, a microdiscectomy won’t fix them. Some of the surgeons I went to had told me this, and it was heartening to hear this information verified by Dr. McGill.

Once I arrived at the University of Waterloo, I met Dr. McGill in person, and we went right to work. He looked at the way I stood, felt the contours of my back, and told me to sit down (which I’ll explain in a minute). We then reviewed my MRI. Dr. McGill spent about a half hour looking at it, and then he explained everything to me.

My chiropractor/PT, Dr. Amy Bernstein, had mentioned some stress fractures after my initial x-ray, but the five or six neurosurgeons who’d examined my MRI didn’t mention that my sacrum had a substantial fracture, and that my L4-L5 and L5-S1 had many vertebral fractures and bone bruises from years of compression. A few of my vertebrae looked extremely jagged, like someone had taken a chisel to them.

Dr. McGill pointed all of this out, telling me I needed to let everything heal and not load my back at all for about three months. He didn’t seem as concerned about my bottom two disks being flattened and dry—or my bulges and herniations—as he did about these other issues.

After thoroughly going over my MRI, Dr. McGill wanted to see what my pain triggers were, so he checked me out standing, prone, supine, and doing adduction and abduction. He literally tried to hurt me, and then he’d back off and note my reactions to these tests of the mechanical function and nerve roots of my back. He kept trying to throw me curveballs, but everything kept coming back to what he’d seen on the MRI.

We also did some very cool things with my hips and knees to evaluate my structure to see how I should be squatting relative to the depth of my hip sockets. He found that I had shallow hip sockets, so he manipulated my knees into a specific position and asked me if that matched my raw squatting stance. I was like, “How the hell did you know that?”

NOTE: I’m not going to judge people who squat with too wide of a stance, but some of you are hurting your bodies unnecessarily. Your squat stance should depend on your build, and not your flexibility, mobility, or what your cookie-cutter program tells you to do. After learning what I was doing wrong, my suspicions were confirmed with regard to lifters who visibly go too wide when they squat.

And yes, I know powerlifting is not generally good for the human body, but what is, really? If you’re going to squat, you may as well learn how to do it in a way that avoids unnecessary wear and tear.

Once Dr. McGill was done discovering my pain triggers, he started explaining what he was finding. He then taught me a series of movement patterns that wouldn’t hurt, and he was absolutely dead-on. All the movements I was doing were done with correct posture, with my back completely locked in.

My problem was that I was wearing out my body all day by working, bending down to put my shoes on, taking dumps, walking my dogs, and doing everything else I did all the time. If I kept that shit up, I’d never allow my bone bruising and fractures to heal. That’s because I’d been loading them all thousands of times every day, and even though I’d been taking time off from training, I wasn’t taking any of the load off the affected areas.

My injuries were literally hiding in plain sight. By slamming myself onto the floor for a session of floor pressing, or throwing myself on the ground to foam roll my back, I was creating absolute chaos with my injuries. It all needed to stop.

The purpose of all of this is to move the pain around every day, which lets the affected areas desensitize. After not irritating the areas and movement patterns that cause pain, your nerves will eventually be forced to stop being irritated and flared up. This sounds easy, but it’s something none of us every use as a solution, because we’re all accustomed to moving a certain way every hour of every day. It takes months to get used to doing this without thinking about it.

Is this system for you? Read Gift of Injury and Back Mechanic to decide for yourself.