I’m not going to hold back and keep things in the dark or all to myself. I understand that sharing everything is not a good idea, especially on the internet. I will share a great deal of my plan, my thoughts and what I’ve been dealing with for the last seven years plus. My good friend Bob’s sudden death due to a blood clot dislodging into his lungs, scared the living shit out of me. I talk to doctor friends on a regular basis and we’ve discussed blood clots, strokes and many other medical issues that can come on without out warning. We have had these conversations many times over the years, too often to count.

It can happen to anyone, especially with the crazy things that we do in the gym, under a heavy load, with blood pressure through the roof. Not to mention the pressure to the head, chest and the way we sometimes eat. Shit happens.

I had a fellow Florida powerlifter in 2004 had his aorta rupture after a heavy set of rack pulls, and he died immediately. One of my friends was right there to witness this terrible situation. I can’t imagine what that must feel like. That is a horrible way to go; sudden, no warning and tragic. 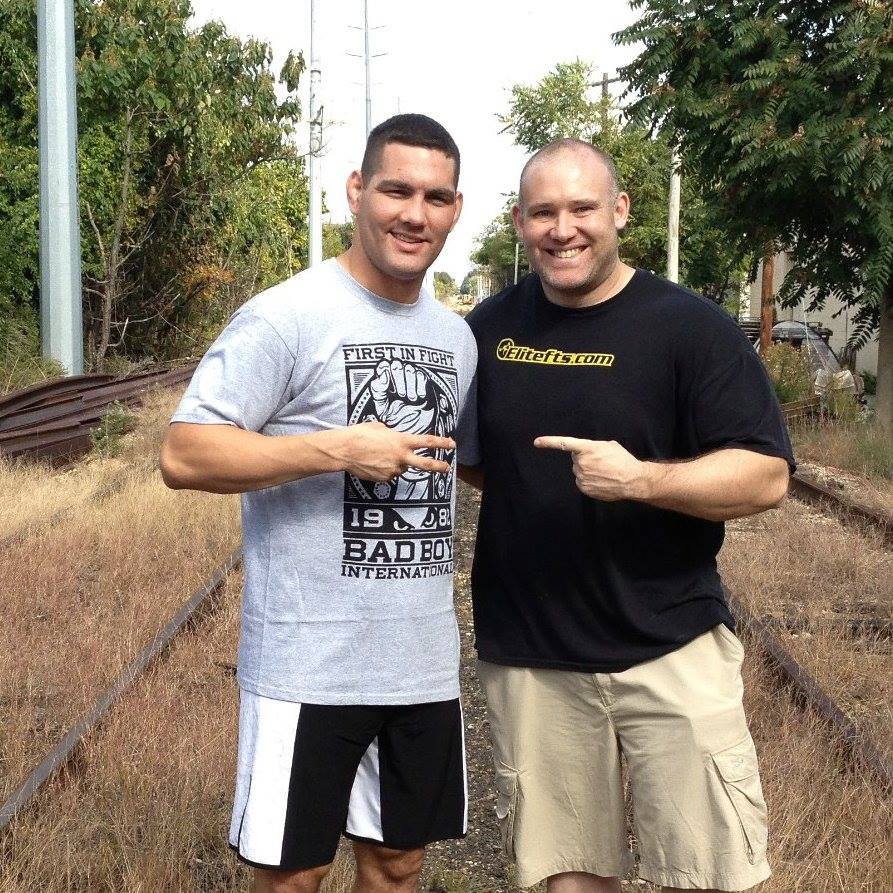 A year or so ago, there was a lifter who was killed while benching in a meet. The bar dropped straight down onto his chest as he was pressing it. The spotters had no warning. He passed away after the damage to his internal organs was too severe to overcome.

After the death of Bob, I felt strongly that I had no choice but to take a look in the mirror and ask myself “what are you doing and where are you going with your life and health.” I weigh 293 pounds on an empty stomach and I was just commenting and complaining about how I felt walking across the parking lot just a few days before Bob passed. I kept thinking to myself, “I feel like I’m going to die.”

Was I going to die? Probably not, luckily I have my CPAP that saves me every night. The point is I was abusing and disregarding my good health that God has blessed me with. Forgetting about the great life and blessings that I’ve been given. One thing is for sure, I wasn’t making the best of it.

I cannot guarantee a long life to anyone. I cannot control everything, I get that. I’m not an idiot, but I do know that there are certain things I can control. I can control my bodyweight, my diet, cardio and what I do to my body and how much. This, in all likelihood will help me live a better and longer life. It will help me be healthier and feel better overall. I like my chances better with this dose of reality and awareness.

This hit me like a ton of bricks as the passing of Bob passed the initial shock and set in the reality of his death. I was talking to a good friend the other day, and told them that from a six year period from 2005 to 2011 I didn’t care about my health one damn bit. I can remember my wife, Ria, telling me in 2008, “You concern me. The way you eat, and what you do, it can’t be good for you.”

I, of course, had hardly a bit of concern and asked her what she meant even though deep inside I knew she made sense.

All I cared about was getting stronger and making gains on and off the platform. I had complete tunnel vision, with no concern for my own well being and a lack of regard for what my family felt. Everything I did was to be bigger and stronger, without a concern for being better. Nothing else really mattered to me in that context. I was only thinking short term and what I could accomplish at the moment, because it had to happen immediately! Not a year, not next year, not five years from now, but right now. I guess this is part of growing up, maturing and also seeing mortality smack you in the face.

I can remember numerous meet cycles where I literally thought I was going to die because I felt so awful at night and it would carry over during the day. I wouldn’t have panic attacks, but I was getting more than slightly paranoid and wonder what I was really doing to my body at times while pushing the limits. I can vividly remember the feeling of cutting weight from 287 down to 275 and how good this would feel just with 12 pounds lighter. Breathing would be better, sleep with my CPAP was much easier and moving around was so much better and natural. I would feel a major difference in my health and overall well being 275 rather than at 290.

I think 290 was my magic number before my body would start to warn me to back off. I would be a lethargic piece of shit at that weight and I was growing sick of it. Watching TV and resting all the time always sounded good. Screw that, I can do that at any time. I’m not knocking rest, but I think you understand what I’m saying. My body was tired from working all the damn time and carrying all the extra weight. 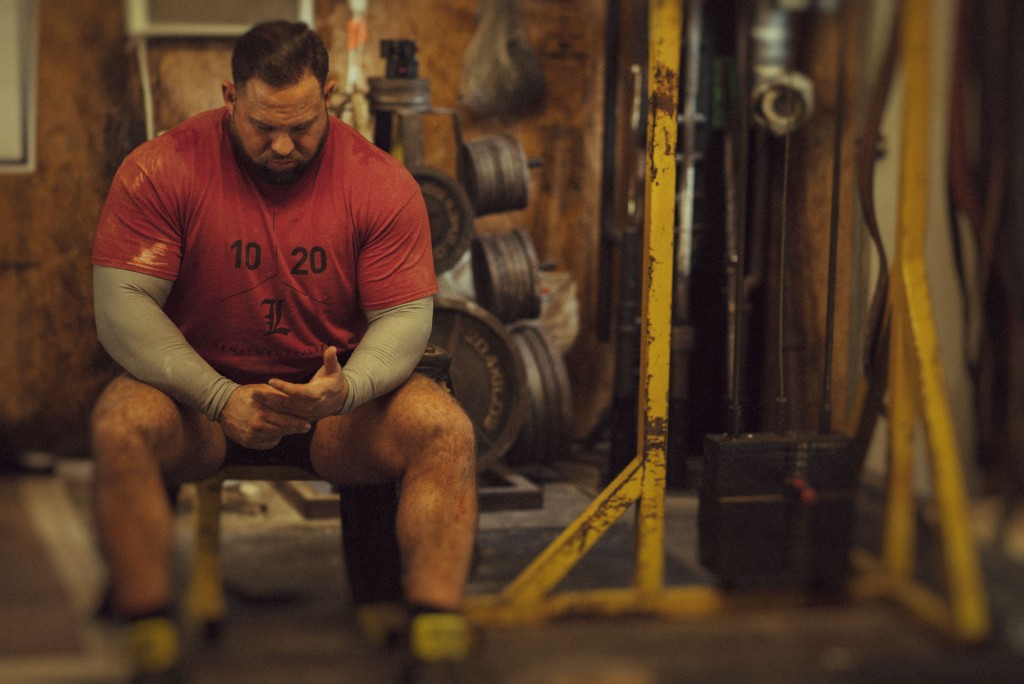 Not too Purple yet..

Breaking my back was the start of this epiphany that I had recently, but destroying my back was not nearly enough to really wake me up and have more than a passing thought of proper and immediate concern for my health.
I knew that I was going to be back powerlifting at a high level and stronger than ever, eventually. This never really crossed my mind as maybe, it was a done deal. I have a lot of faith in my work ethic in the gym and my ability to overcome this injury. At times, I did have bad days and did often wonder if I would be back at a decent level. That is natural to have after a bad injury.

Yes, it did wake me up to a certain extent, but only motivated me to push harder and be more determined, not to take a look in the mirror and see what I was really neglecting in the big picture. I wouldn’t really ever stop to think how bad high blood pressure is for your heart. Being heavy as hell and taxing your body day in and day out, beating the shit out of my body year in and year out, and neglecting taking care of my health is a time bomb waiting to blow up. It was all for the moment.

This all ended on May 3rd 2014, the day Robert Ihlenfeldt passed away.

The biggest change that I decided to immediately make was to bring my bodyweight down to a more reasonable range and not hover around 300 pounds anymore. I’m going to come down to the mid 200 range and be much more active and healthy in general. There are many reasons why this makes sense, but I’m going to focus on the health aspect. I’m about 5’9” to 5’10”. The height is depends on how good my squat is going and how heavy I went recently. Heavy and big people do not live long. I’m not here to debate or argue this; it’s a fact. The life expectancy of someone much bigger than the average is not on par with those who are lower in bodyweight.

Whether you are 300 of fat or muscle, your heart has to work overtime with just day-to-day things like walking across the parking lot, having sex, tying your shoes, or simply bending over and picking something off the floor. It’s not good. I’m sure someone would be glad to stand in for me if I’m too big to have sex, or I pass away because I’m unhealthy. No thanks for that; I want to be around for as long as I can.

Your concerned wife, or girlfriend, is actually not crazy when they cringe at what we do under the bar both on the platform and in the gym. Being purple or gray before, during or after a squat day is not necessarily a good and healthy look to those who care for us. Some of us are purple and red year round. Maybe some gray too. Let’s be real guys, this isn’t a good look for any of us.
Sodapopinski Style

A few years ago, this would go right over my head and I would just chalk it up as them not understanding what we are trying to do in the gym, and pretty much disregard the things that would actually be staring me in the mirror.

Looking back on this now, I don’t know what I was really trying to accomplish and I was in denial. I wanted to become a great lifter, do well in competition, break world records and win, but I was just in it for the moment. I did not have much concern with the years I still had to live. Complete tunnel vision is probably the best way to explain this. I’m not really proud to say that not much else mattered to me, but it would be pretty accurate. It’s the cold, hard truth of it.

What I am about to say is the plain and simple truth. I’m going to go back down to 242.

Read part 2 here: A look in the Mirror Part 2 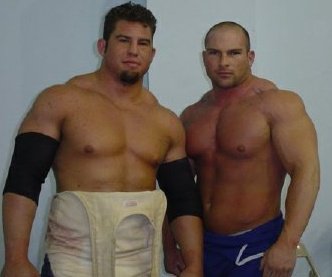