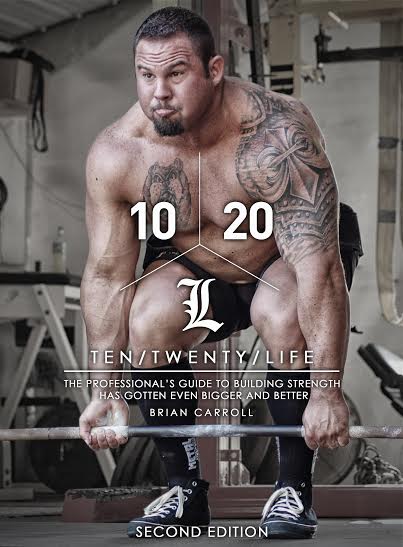 By Dain Soppelsa/Friends of PRS

I was introduced to the Westside Method during the summer before my senior year of high school by a group of powerlifters at a local gym. It was guidance that I definitely needed because I was flying by the seat of my pants when it pertained to training. I began using the Westside Method almost immediately and even did an unequipped meet at the end of the summer. From that point on I was hooked on powerlifting.

Fast forward to about a year ago, I had been using the Westside Method and competing in powerlifting meets for about the last 14 or 15 years. I had achieved a respectable degree of success and all the guys that I trained with were using the Westside Method, so I never had any reason to change anything. Sayings like, “If it’s not broke, don’t fix it,” come to mind… 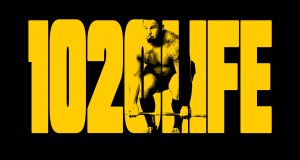 Like it often does, life happens and I was having all kinds of trouble keeping training partners. I would have one or two people besides myself on some days, other days it was just me training. I knew that things could not continue this way if I wanted to continue lifting heavy and competing, especially considering that I compete using multiply equipment. Anyone who has lifted in gear, or helped anybody with their gear, would agree. I knew I had to be pro-active about finding a solution.

There was a gym about 25 minutes away that was having the same issues as we were having. There were four or five serious powerlifters there, but they couldn’t get enough people consistently to safely train every time. I made contact with two guys that I knew from that gym, Kelly Parker and Dan Dalenberg, and over the course of a few weeks we decided to collaborate. I would drive there once a week and they would drive to the gym I was training in once a week. This worked great. We both had all the spotters we needed. We were using different training methods, so we were using different monolifts and benches and actually training separately for the most part. I was using the Westside Method and they were all using 10/20/Life.

I’ll admit that initially I had no interest in changing the way I was doing things. I had been training a certain way for a long time and I had never questioned the methods I was using. I did become more and more curious the longer I observed the guys that were using 10/20/Life principles. It was so different from what I was doing. The guys I had trained with had all used the Westside Method so I had never been around lifters doing something different from what I was doing.

The things that caught my attention, were the warm-ups they were doing, the scheduled deload every third week, the fact that they were doing mostly traditional free squats, bench pressing and deadlifting as their main movements and the lack of speed work with contrast. I continued to observe and  consider the benefits of  what they were doing, but the thought of changing my ideals and outlook seemed risky, especially after doing things a certain way for my entire lifting career. 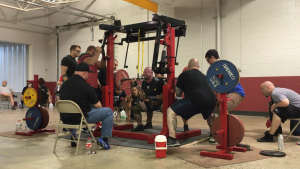 I competed in a meet a couple of months after starting training with the guys using 10/20/Life. I did well, but I just felt like I was burnt out mentally and everything hurt, especially my wrists and elbows. I did some thinking and reading and decided to ask Dan Dalenberg if he would be willing to write me a 10/20/Life training program. I had seen him use it with great success lifting raw and I knew he had been working with Brian Carroll for 5 years and had nothing but great things to say about Brian and using his system. I had huge respect for Brian Carroll, whom I had followed most of my lifting career. I had always been envious of Brian’s picture perfect squat form, so I decided to give it a try.

Dan quickly got me a 10 week off-season plan and a 12 week meet prep plan. I had never turned my training over to someone else and it was humbling at first, but I committed myself to the plan 100 percent because I knew that anything less would be a waste of my time and Dan’s. I was a little concerned that it looked light on paper, but Dan assured me it only appeared that way. In the back of my mind, I figured if I wasn’t satisfied with my training after 3-6 months, I could always go back to my old template.

The first thing we went over was the warm-up. I admit it looked kind of silly to me. I am a 300 pound powerlifter, what is this yoga looking stuff going to do for me? Well, it did look silly when I did it, but only because I was so terrible at the movements. The McGill Big 3 kicked my butt. I was falling forward on the bird dogs, my abs were cramping during the McGill Crunches and the rolling planks were the worst of all. Dan definitely found it entertaining to witness my suffering. That first day I completed my warm-up and I immediately had to stand with my back arched backwards until the stomach cramps subsided. At this point, I realized I had some core weaknesses that I had developed in my previous years. I thought anything other than weighted stomach work would be a waste of time for powerlifting. I was wrong… 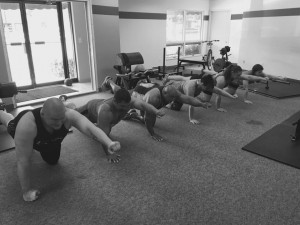 So I started 10/20/Life with a ten week off-season. It consisted of mostly foreign concepts to me. I had heard of RPE, but until I started using the 10/20/Life principles, I had no reason to know what it was specifically or how to apply it. So once Dan explained that RPE is your rated perceived exertion for the day, I was ready to apply it. It was definitely hard not to go near failure on my main days. I always had and I was a little concerned that it wouldn’t be enough work if I was stopping so far short of failure. After my squats and deadlifts up to 6 or 7 RPE for the first time, I started my accessories, which are much different than what I would typically do. I definitely didn’t need to worry about not doing enough work. There was much more back work and quad work than I was used to. I had never really trained my quads actually. I always worked my hamstrings very hard and I didn’t think extra quad work would be beneficial to me as a powerlifter. After my first time doing close stance squats as assistance, I understood just how neglected those muscles opposite of my hamstrings were. I think I did 225 for a couple sets of ten and my quads were sore for about two days afterwards. The extra quad work has paid off hugely in the long run when it comes to unracking the bar out of a monolift.

The biggest challenge during my transition to 10/20/Life was definitely the addition of a deload to my training. Come to find out, I didn’t fully understand what a real deload was. It was out of the ordinary for me to come to the gym and not lift heavy on a heavy squat or bench day. It was hard at first to embrace it, especially during the off-season where it may not have felt like I was in need of one. I would eventually come to look forward to and appreciate the deload, especially during my future contest prep. I now definitely understand the importance of taking time off and giving your body time to heal before you get injured and not only afterwards. 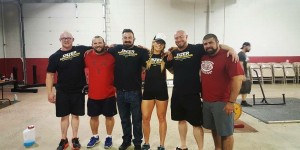 Next on the list came meet prep. This is where I learned to understand the reason for my deloads. I was doing much more free squatting, benching and deadlifting in full gear than I ever had before. At first, I was struggling with the multiple reps and squatting and pulling in gear on the same day. This was much longer than I had previously used gear on all three lifts during the same time period. I learned that that deload every third week was earned by busting my butt for two weeks at a time and the deloads allowed me to get very strong and feel fresh mentally going into my competition. I peaked at the perfect time and I was feeling as strong as I ever had.

After my first full run at a complete off-season followed by contest prep, I was on board with 10/20/Life completely. I have found a sets of beliefs and guidelines that has allowed me to devote more time to my family during the off-season as well as stay healthy leading up to meet prep. Using gear more frequently during my contest prep has me more confident in my lifts than ever. The embracing of a deload will allow me to do what I love for as long as possible and with as little damage to my body as possible. I now understand the life part of 10/20/Life because I can’t see doing anything else now. I appreciate Dan Dalenberg for introducing me to it and for writing my program. I appreciate Brian Carroll for creating it and passing it on so people like me have an opportunity to use it. 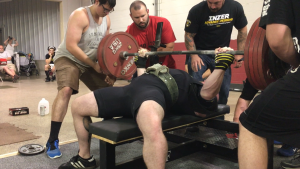 Get The 10/20/Life Ebook HERE: https://www.powerrackstrength.com/books/