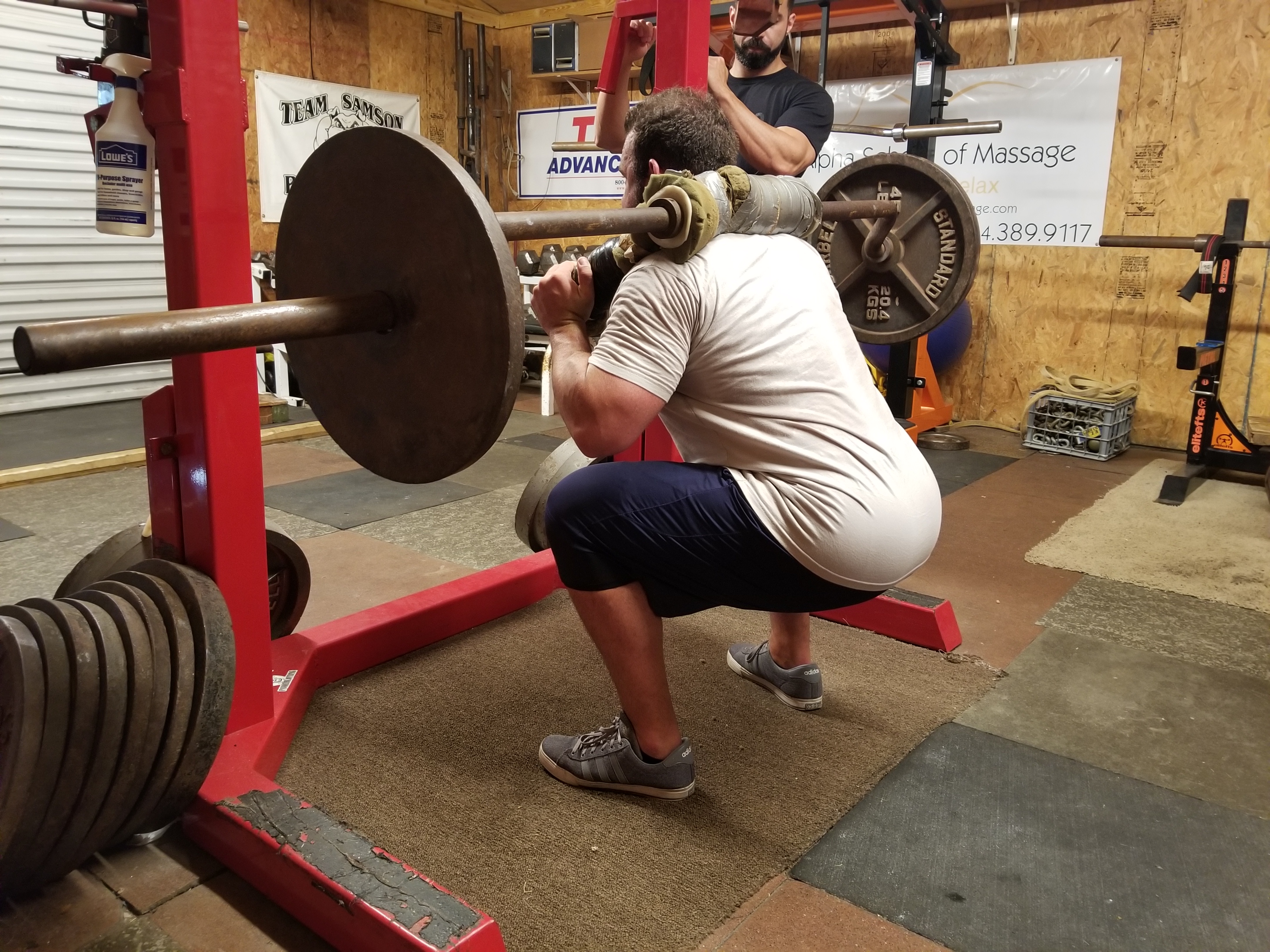 19 Aug Team Samson Powerlifting- Anything you can do, I can do better. TRaining week of 8/12/17

This week we had Ben Sheard, and Tony Carlino come into town to get some training in with us. I’m always pretty proud of the fact that folks know where to go when they need help with equipped lifting in the south. This will be Ben’s second prep in gear and Tony’s first full meet in gear.

645 and 625 singles. Definitely learned alot training with these guys, thanks for all the help.

Initially, Ben had kind of a rough morning. He was struggling to sit back in his suit and briefs, and then getting loose at the top of the finish. Just a couple cues from Byrd and Brian, and ge got on the right track. Something that’s been iterated before is that to us, it doesn’t matter the experience or strength you possess, but your ability to work hard and listen is paramount. Ben was an awesome example of this mantra.

On monday, it seemed as if everyone was lifting equipped, but in reality, it was only 4. Driggers got some good benching in a new SDP in. He hit 670 to a 3 board in a brand new shirt. Then things got a little intense. Tony had finished his work in a shirt but he time Byrd worked to his top set of 870 to a 2 board. In true Brian fashion, he said to Tony ” Man, are you gonna let him out do you like that? I think you should put your shirt back on and hit 870 to a 1 board if he gets this”. Tony kind of mulled it over for a split second, then reached in his bag and put his shirt back on. An what happened…. Well, Watch the video and see.

All in all, I really enjoy when stuff like this goes down. When visitors come from out of town to train, things like this aren’t too unusual.